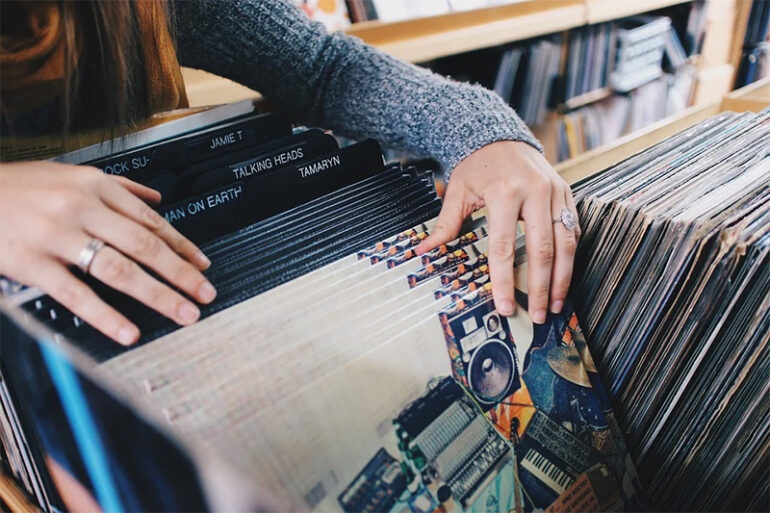 Right before digital downloads and CD players were born, the classic record format was known as vinyl. You can indulge and listen to your favorite album in an impressive 12-inch format that comes with a beautiful artwork cover. But these aren’t everything. Vinyl also provides collectability and flexibility, all thanks to the capacity to reproduce the discs in various colors or a picture disc format wherein the record looks the same as the cover artwork itself. For both collector and fan, being able to customize vinyl records into picture discs or colored ones offer a chance to increase their value. It is one of the art-related things you can do this quarantine period.

Picture discs and colored vinyl were extremely famous during the 1970s up to 1980s, right before CDs, dominated the market. Record companies usually make limited editions as a marketing strategy to get pursued customers to purchase two or more records of a similar album. Both the basic black vinyl and the improved picture or colored disc will serve as a collector’s item that they will treasure. Different types of recording artists distributed their albums in all kinds of vinyl forms and unique colors.

As the hype skyrocketed, the collectability followed. Picture discs and colored vinyl became limited in numbers, hence increasing their resale value through collectors’ fairs and record fairs that emerged. Rare items cost a lot more than typical ones. The price even goes up, especially for well-cared vinyl records that are sought after by collectors.

Today, people are still more interested in purchasing the classic twelve-inch vinyl record with cover art compared to digital download or CD cover. The collectability value is very much alive and, again, flourishing. In fact, a lot of contemporary artists release their albums in the form of the picture disc, colored records, and also back-catalogs being reproduced in the formats mentioned above.

It means that fans of classical music who want to reminisce the times when vinyl was the epitome of record format can reunite with albums from the past that may have been lost or sold over the past years. In addition to this, the latest fans can finally enjoy this format by establishing their very own collection that can potentially increase in value over time.

However, there’s more to vinyl records than the flexibility it offers. There are other details that have been discovered throughout the years, and one of them is discs that are uniquely shaped. Basically, the playing surface remains round. However, the disc is shaped variously. One of the examples of this format was the album Warsaw by Tangerine Dream. The disc was shaped like the map of Poland.

The feel and look of classic twelve-inch vinyl are still incomparable to all the music fanatic of all ages and genres. Even with the emergence of new record format, the vinyl record still has a special place in the music industry. Start building your own vinyl record collection now. If you cared for it well, you have a high chance of increasing its collectability value.

1st and featured image from https://pixabay.com/photos/vinyl-records-store-shopping-retro-945396/