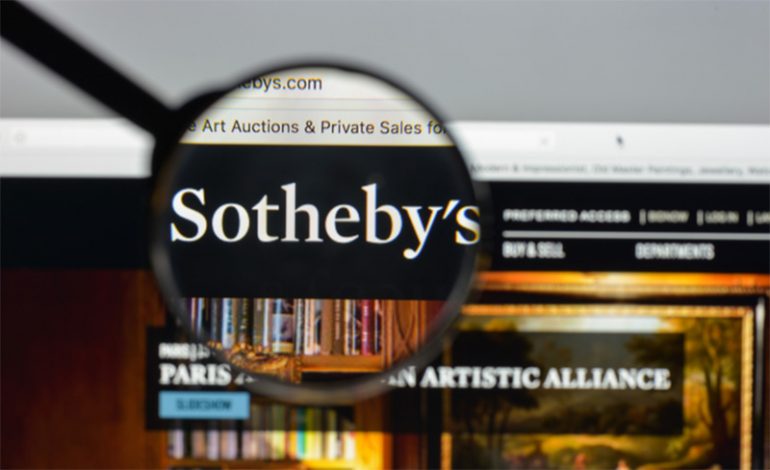 While establishments were forced to close in different parts of the world, and the staffs were temporarily laid off because of the coronavirus outbreak, Sotheby’s was successful with their most extensive and first-ever art auction online. Many art sellers are making it big online, just as more and more art galleries are allowing viewing from home.

The “Contemporary Curated” sale, which featured art pieces from renowned artists such as Damien Hirst and Andy Warhol, made over $6.4 million. It was a new online record that the auction house was very proud of.

Another new record was made on the sale, which was the highest price ever paid through an online auction for a painting displayed at Sotheby’s. The “Antipodal Reunion” by the American artist George Condo made a whopping $1.3 million from an anonymous bidder. The artwork from 2005 surpassed the estimates followed by several “quick-fire” bids as the week-long online auction was about to end.

Aside from the “Antipodal Reunion” by George Condo, there were many other notable pieces that had expensive bids. These include “Star” by Yayoi Kusama, which was sold for more than $298,000, and the late Iranian artist Monir Farmanfarmaian’s painting that earned over $470,000.

These uncertain times were hard for the industry of global auction. It is a business that significantly relies on physical sales, most notably when they are trying to sell blue-chip art and many other high-end items. It’s no wonder that revenues these past few months have suffered.

Sotheby’s furloughed almost 12% of its staff or about 200 employees earlier in April, right after a series of scheduled sales were forced to cancel. Though the auction house didn’t say anything about the specific numbers that were reported, it released a statement explaining how they were adjusting in these difficult times, including temporary compensation adjustments, furloughs, and a tiny part of staff reductions.

Even though there were challenges, Sotheby’s shifted its focus on its little but growing business online. The auctioneer announced last month that out of all its scheduled sales, “Contemporary Curated” and five others will be transferred online instead of being cancelled. Ever since March 20, the auction house has facilitated 18 auctions, which were exclusive online, and earned $37 million.

However, this amount is still way behind the amount of money raised via live auctions. In fact, it barely represents a fraction of Sotheby’s earning for the single most expensive artwork it had last year, which was Monet’s “Haystacks” sold for $110.7 million. And although the $80 million earned through 128 online sales last 2019 represented an annual revenue increase by 55%, it was still no match to the $4.8 billion raised by the auctioneer.

Despite this sale reduction, Sotheby’s CEO Charles F. Stewart was positive and announced that the auction house’s private sales platform had an increase in activity. He also talked about the tenacity of the global art market. He shared that Sotheby’s is backed up with innovative technology to guarantee that they have the most excellent digital tools and equipment in the marketplace.

1st and featured image from https://www.onlinemarketplaces.com/ext/resources/-1GOMS/Property/Companies/Sothebys/shutterstock_7032686086.png?1569967218