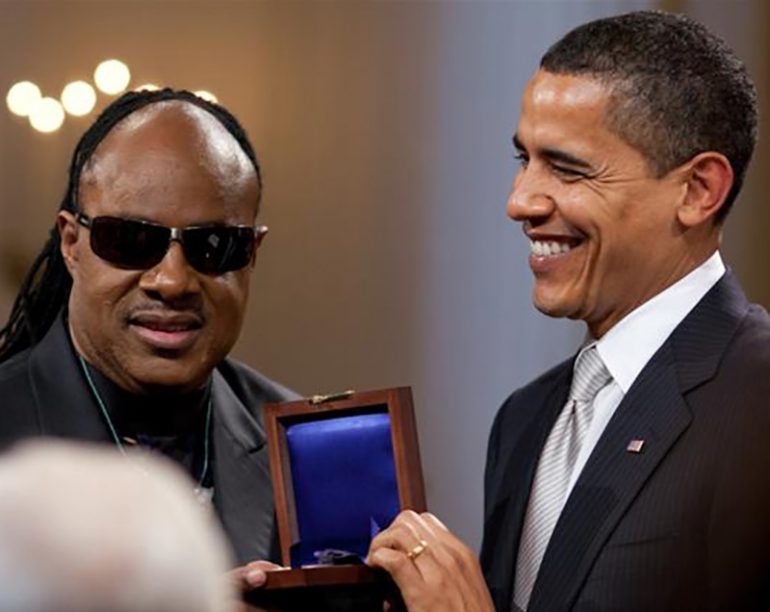 Stevland Hardaway Judkins a.k.a. Stevie Wonder was born on May 13, 1950. Eventually, he was known as Stevland Morris. Stevie is a multi-talented American singer, instrumentalist, songwriter, and record producer who’s multi-awarded. He is made popular by his 30 USA top hits, lifetime achievement awards, 32 Grammys, Academy Awards for Best Song & Hall of Fame Awards as Songwriter and for Rock and Roll.

Stevie has been born blind and his journey in life is best described by his album Through The Eyes of Wonder. He is a true-blue child prodigy, he was merely 11 years old when he began recording. The public perceive him to be the young version of Ray Charles. His many talents have earned him several awards for his critically acclaimed songs and albums. As a producer and songwriter, he made songs that were a hit not only in the US but also the rest of the world. He can play several instruments from harmonica, piano, drums, bass guitar, synthesizer, organ, clarinet, bongos, and more. 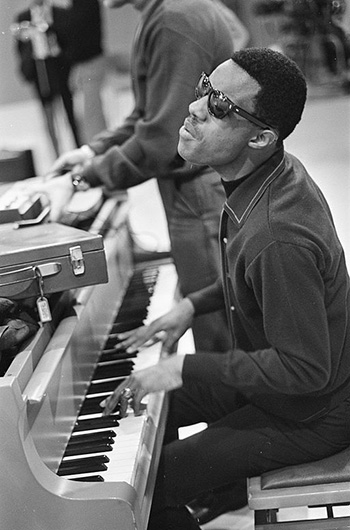 Stevie Wonder’s 1984 hit song I Just Called To Say I Love You won the best original song and it massively gave honors to musicians of African American descent. He won an Academy Award for Best Original Song for this song. Wonder was also noted for writing songs that have a tendency to remain on top of the music charts in the UK for long periods of time.

He then released his first 2 albums in 1962 – Tribute to Uncle Ray and The Jazz Soul of Little Stevie Wonder. Even though these two were not high performing in the charts, it gave Stevie massive accolades and popularity worldwide. Currently, Stevie’s songs were considered complex to sing due to their abrupt, unpredictable alterations in key, but with overall amazing harmony.

He infused social consciousness to his career as a musician which immediately permeated to popular mainstream music. A lot of public figures and musician has acknowledged his influence in their very own career and personal lives. They are Barack Obama, Michael Jackson, Stevie Ray Vaughan, N’Sync, Alicia Keys, Sting, Beyonce, and many more.

Apart from being a superb instrumentalist, Stevie Wonder began a revolution in creating sounds of instruments often used exclusively in orchestra. He even urged Raymond Kurzweil to make the very first electronic synthesizers. He added new textures to music as he collaborated with the likes of Malcolm Cecil and Robert Marquoleff.

On President Obama’s inauguration last January 20, 2009 he together with Sting performed the song Brand New Day. He also performed his brand new song All About Love Again. One of his special awards was when he won the Library of Congress’s Gershwin Prize for pop music awarded by President Barack Obama last February 23, 2009 at the White House making Stevie the second musician to receive the prestigious award.

Stevie Wonder has been a prolific icon for colored music in America, and he was a great role model for all the visually challenged all over the world, which proves that handicap, is not a hindrance to success. He was admired the world over and was highly respected by his peers.