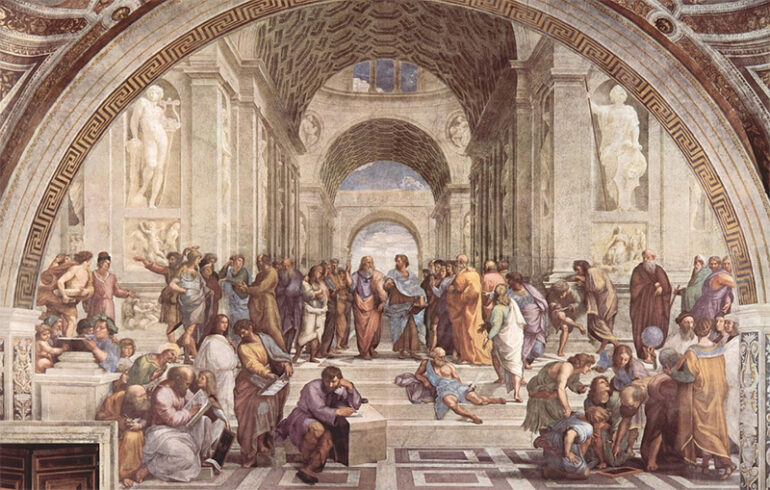 The Renaissance Period showcased the rebirth of European cultural, political, artistic, and economic rebirth following the period that most historians dub the Dark Ages or the Middle Ages. The period started in the 14th century and lasted until the 17th century. During these centuries, there was a rapid development in the fields of literature, classical philosophy, and the arts. The period also saw the rise of the intelligentsia as authors, scientists, statesmen, artists, and philosophers thrived during the era. Most of what people know as the classics started from this period.

There are four widely acclaimed Renaissance Masters who excelled in different fields, although most of them dabbled in art. These are Leonardo da Vinci, Raphael Sanzio da Urbino, Michelangelo di Lodovico Buonarroti Simoni and Donatello di Niccolo di Betto Bardi. Their masterpieces and contributions to various fields of interest are unparalleled up to the present time.

People automatically think of the masterpieces, The Mona Lisa and The Last Supper, when his name comes up. However, Leonardo typified the definition of the classical Renaissance Man, as he was also an inventor, a scientist, an engineer, and an architect. His artworks continue to mystify the masses as his techniques incorporated the layering of paints, chiaroscuro, the human form, and expressions and gestures.

He also dabbled in engineering, and among his blueprints and plans included those for tanks, submersibles, and helicopters. He is also said to be a Freemason owing to his Vitruvian Man work.

Growing in reputation alongside contemporaries Leonardo and Michelangelo, Raphael produced a considerable body of work, including frescoes, paintings, prints, and other notable art pieces. Although he only lived to the young age of 37, he influenced several other painters with his School of Athens, Madonna in the Meadow, Sistine Madonna, and The Transfiguration, among his heralded works. His style frequently referenced the Greek and Roman pantheon and their cultures.

A contemporary of Da Vinci, Michelangelo was born thirteen years after Leonardo and perhaps is the biggest rival to the title of being THE Renaissance Man. Michelangelo was an accomplished poet, visual artist, architect, and engineer. His sculptural masterpiece David stood fifteen feet tall and defied the prevailing concepts of the time. Presumably, David was the first freestanding sculpture since the Early Ages to be produced. Michelangelo was also renowned for his timeless statue Pieta and his work on the ceiling of the Sistine Chapel.

Born in the early Renaissance period, Donatelo preceded the first three masters. He was a prolific sculptor, and his work centered on the mediums of bronze, stucco, wood, stone, wax, and clay. His most significant influence may be his realistic portrayal of his work which was entirely against the prevailing style of the time. In addition, he pioneered the technique known as the schiacciato (flattened out), which influenced later generations of artists.

These four great Renaissance masters helped elevate culture, arts, and philosophy during the era. Their work continues to influence people and is still celebrated as masterpieces of humanity.

1st and featured image from https://pixabay.com/photos/athens-art-school-raphael-1143741/