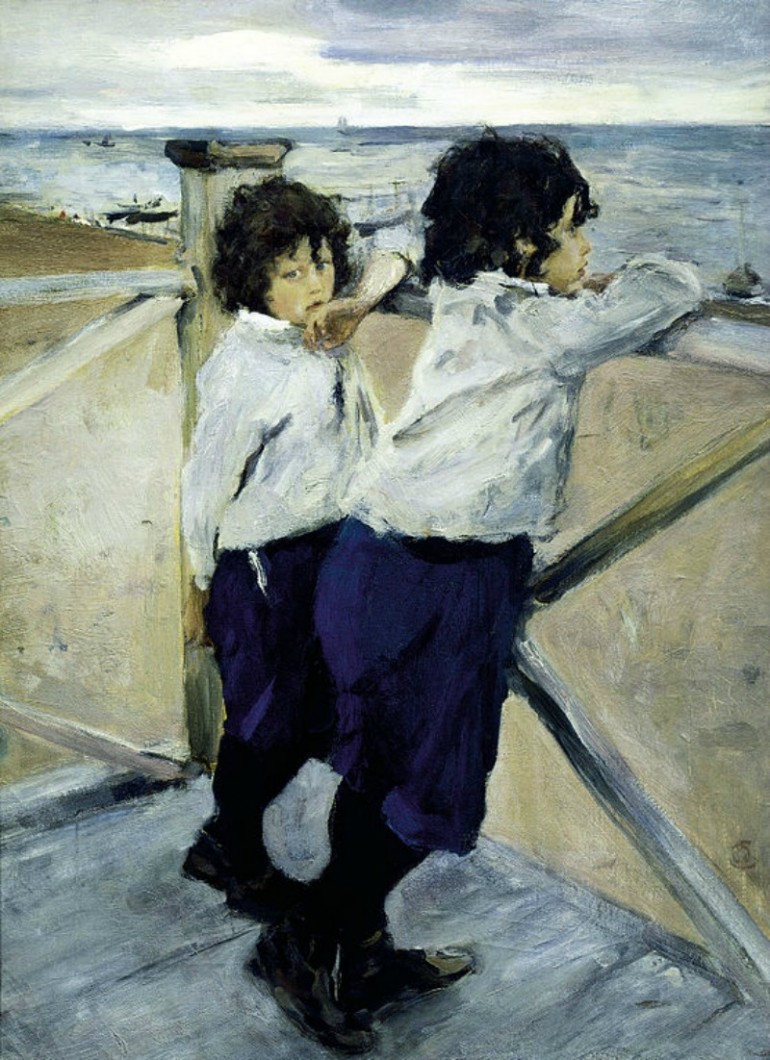 Valentin Alexandrovich Serov was born in St. Petersburg on January 19, 1865. His parents, Alexander Serov and Valentina Bergman were both composers. Serov is one of the top-notch portraits artists in Russia in the 19th century.

Serov was educated in Moscow under the tutelage of Ilya Repin, the most renowned 19th century Russian artist whose reputation around the world was comparable to Leo Tolstoy. He was a realist painter who influenced Serov in a major way. Serov also studied in Paris and at the St. Petersburg Academy of Arts where he was taught by realist artist Pavel Chistyakov, who was one of the major contributors to the development of Realism in Russia. Chistyakov’s strict instruction style also had an impact in Serov’s creativity. The paintings of the old masters that were on display in the museums of Western Europe and in Russia provided additional influences in his art. Serov later became friends with artists Konstantin Korovin and Mikhail Vrubel. He was also closely associated with the Abramtsevo Colony, an artistic and intellectual center created by Russian writer Sergei Aksakov, who urged his famous friends to come, including Mikhail Vrubel, Ilya Repin and brothers Apollinarius and Viktor Vasnetsov.

Some of the great works Serov created during the start of his art career were portraits. At the Tretyakov Gallery, a state gallery located in Moscow are two of his paintings, “The Girl Covered in the Sun” and “The Girl with Peaches.” These two paintings displayed the qualities of the Russian Impressionism at its early stage, with Serov’s use of spontaneous perception of nature and his model, the ease of use of color and light and the harmonious complexity in the fresh view of the world, with their atmospheric saturation and reflections.

His portraits brought Serov success and became his basic genre. They showed his early style and his innate ability to show the characteristics of this models, which were varied, consisting of writers, artists and actors. His portraits of Nikolai Rimsky-Korsakov, Nikolai Leskov, Isaac Levitan and Konstantin Korovin are also in the Tretyakov Gallery.

In the beginning, Serov shied away from bright and polychromatic painting style prevalent in the 1880s and was concentrated on brown tones and black to gray scale. Still the characteristics of Impressionism sometimes appeared in a portrait’s composite construction, especially when catching spontaneous movement, much like the works of Anders Zorn and John Singer Sargent, who were his contemporaries. Their works were not strictly ruled by the impressionistic style but also implemented modern theories and the styles learned from studying the works of Diego Velázquez and Frans Hals. 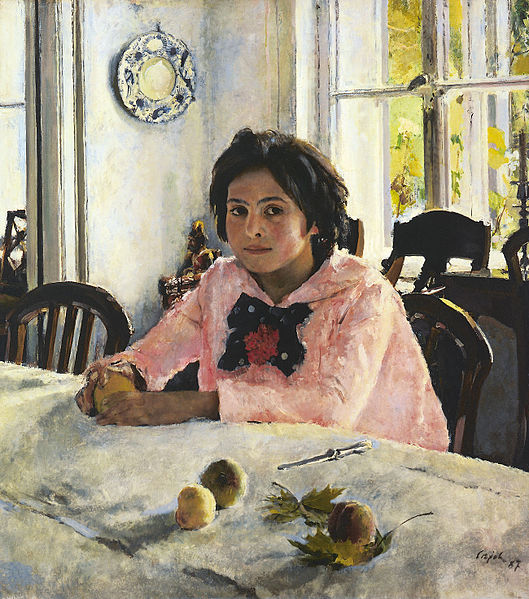 As Serov continued to gain wider popularity, commissions for his to do portraits increased, painting many important personalities, including Grand Duke Pavel Alexandrovich, Princess Olga Orlova and S.M. Botkin.

Serov also developed a style that captured the gesture and pose of women and children in an intimate and heartfelt approach that emphasized and revealed spontaneous movement, clearness of attitude and cleanliness, particularly of children. He employed various techniques in his portraits, such as lithograph, pastels and watercolors. Between 1890 and 1900, Serov also produced landscapes with a country theme, where his artistic direction was more romantic.

Much like the Impressionists who formed their own association in protest of the rigidity of the Salon and academic methods, Serov became a member of “The World of Art.”  The impressionist features in his painting style disappeared and he embraced a more modern style although the realistic and truthful comprehension of his subjects’ nature remained the same. He also created many portraits, mostly dramatic representations of notable musicians, actors, writers and creative artists, including Maxim Gorki, Maria Yermolova and Feodor Chaliapin.

He painted several satirical figures when the Revolution of 1905-1907 was raging and later did a handful of historical paintings as well as paintings with themes influenced by classical mythology, touched with his own interpretation.

Valentin Serov was only 46 when he died on December 5, 1911. In 1978, a minor planet was named 3547 Serov. It was discovered by Lyudmila Zhuravlyova, a Soviet astronomer.