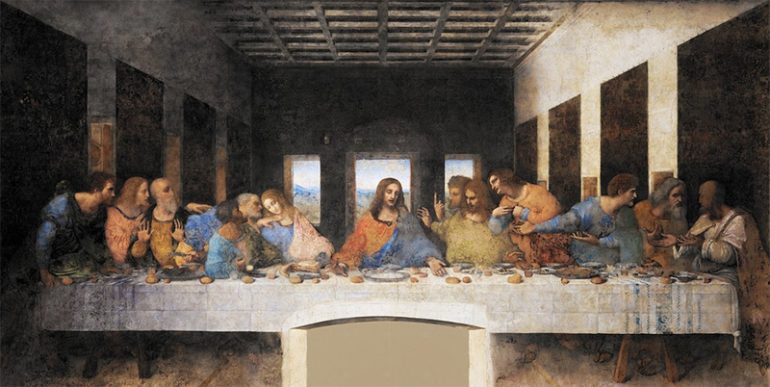 Leonardo da Vinci was world-renown painter and he is deemed as one of the best Renaissance painters of all time. He gave life to unique compositions, studied anatomy to draw the human body appropriately, treated the human psyche as a way to draw symbols, and experimented with different strategies of showcasing space and 3D objects on a 2D surface, all of these sans any basic education on the fundamentals of art. His broad curiosity resulted in plenty of unfinished works, as well as some of the most complicated, lifelike, and fragile representations of human nature.

Upon his death in 1519, the artist left a lot of notebooks that are all packed with sketches and notes, but only a few of them can be considered as completed works. Some of his works were destroyed, misplaced, or overpainted, yet collaborative efforts finished others. Here are some of his most celebrated surviving projects.

Mona Lisa is one of Da Vinci’s most iconic paintings due to its mystery. It is uncertain whether the subject is the wife of the Florentine citizen Francesco del Giocondo, but her uncanny smile has always been a topic of speculations. This oil on cottonwood painting is situated at the Louvre Museum in Paris, France.

Self Portrait In Red Chalk

The only self-portrait that Da Vinci made around 1512, when he was already 60 years old. However, many people argue that Da Vinci wasn’t the old man with a beard and long hair in the drawing. The self-portrait is displayed at the Royal Library of Turin, Italy.

The subject of the painting was recognized as Cecilia Gallerani – the mistress of Duke Milan, Ludovico Sforza. It is one of the four female portraits that was created by Da Vinci, after La belle ferronniere, Mona Lisa, and Ginevra de’ Benci. Lady with Ermie is currently kept at the Czartoryski Museum, Krakow, Poland.

Last Supper is tempera on gesso, mastic, and pitch. It is a mural that depicts the scene where Jesus was sitting at a dinner table with his twelve disciples and was able to announce that one of the disciples would betray him. It is one of the late creations of Leonardo Da Vinci since it was damaged due to his experimentation with oil and tempera on drywall. The painting, which hugs the wall of the monastery of Santa Maria Delle Grazie is situated in Milan, Italy.

The Vitruvian Man is a pen and ink on paper, and it represents a man that is in two superimposed locations within a circle and a square. It was named after the Vitruvius architect since the work was accompanied by a word that is inspired by the architect’s creation. The painting also depicts Leonardo’s great interest in using 3D space on a 2D surface. Just like most of his work, the subject sits on top of an incredible landscape. He also used an aerial perspective, a strategy that he discussed in this Treatise on Painting. Presently, the Vitruvian Man is kept by the Gallerie dell Accademia in Venice, Italy.

1st and Featured image from https://pixabay.com/illustrations/the-last-supper-leonardo-da-vinci-1921290/