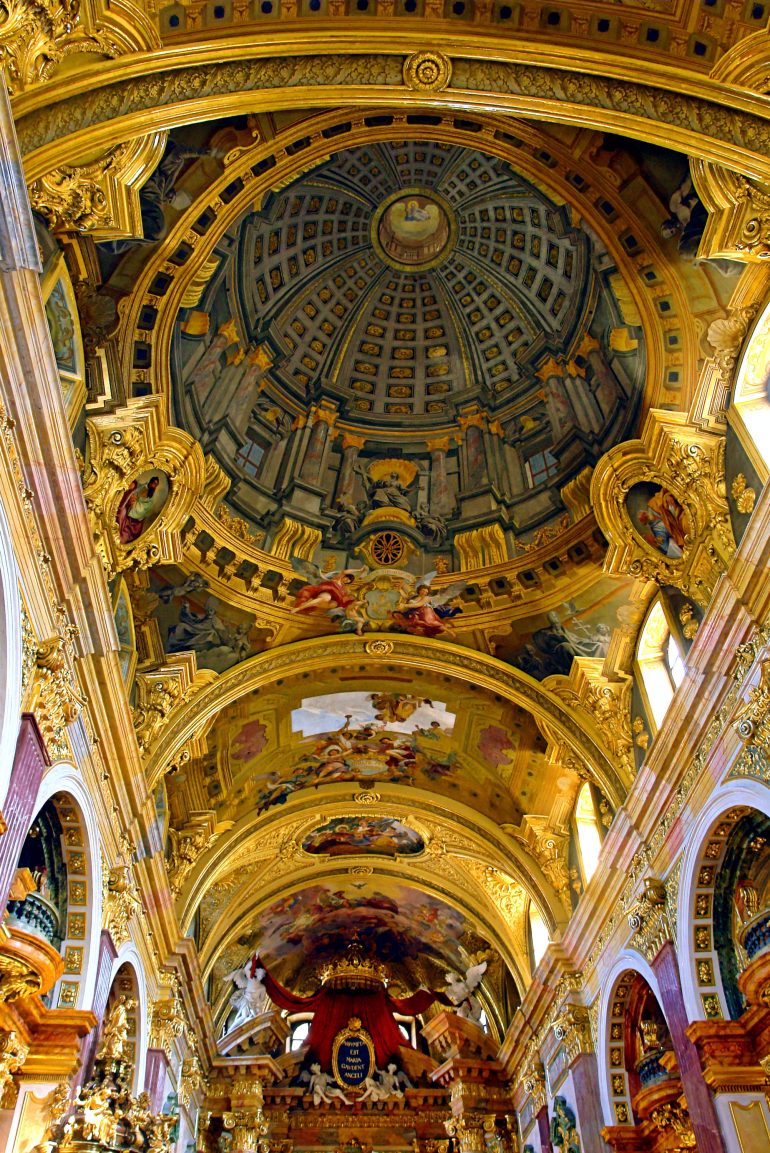 When an artist has total control over his canvas and his art, he is able to do so many wonders. This can’t be any more evident than in the works of Andrea Pozzo. Whenever art historians think of him, they would remember the glorious frescoes he painted, the Church of Sant’Ignazio, the Ljubljana Cathedral, and the other churches he designed during his lifetime. He was both the artist and architect in a number of his works and would create ceiling paintings using the quadratura technique. This technique requires the expert use of perspective and spatial effects to bring about the desired illusion. Though he isn’t the only one who has mastered this technique, he is known to be one of the few who did.

By today’s standards, this might not be such a big deal, what’s with all the tools and the knowledge artists has accumulated over the centuries, passing these from one generation to the next, But at the time they don’t have the tools modern artists have. They don’t have the same amount of knowledge. If a modern artist today attempts to do the same work Pozzo and the other masters of the quadratura technique, you can expect that the modern artist would have done better and finished faster. In their era, the only tools they have are the ones available to them at the time, so for them to create a very convincing fake dome in the ceiling of the Jesuit Church in Vienna with only those tools is quite amazing. For this reason, Pozzo is known as one of the finest artists of the Baroque era.

HIS LIFE AND BEGINNINGS

The Old Master was born in 1642, in Trento, at the time that it was ruled by the Austrians, where he studied Humanities in a local high school run by Jesuits. By 1659 he was hired as an apprentice by one of the local painters. No one knows the identity of this painter or of the next one that also trained Pozzo. All there was known is that the second artist who trained Pozzo was a student of another well-known Italian Baroque artist, Andrea Sacchi. In December of 1665, he joined the Order of Jesuits. He was then designated to the Casa Professa of San Fidele in Milan where he continued working for a time, before moving to Genoa and Venice to continue his training. There he learned the Lombard School and enriched his expertise with color and shadow.

He started his career shortly after that and for several years he would work for the Jesuits by painting their churches while displaying hints of the talent and techniques that will be attributed to him in the future. Among the churches he painted were the San Francis Xavier church in Mondovì, the churches in  Bologna, Arezzo, and Modena, and the Jesuit church of SS. Martiri.

He traveled to Rome in 1681, by the summons of Padre Oliva, who is the superior general of the Jesuits in Rome at the time. There he had a chance to work for Livio Odescalchi, who was a nephew of Pope Innocent XI. He started as the designer for biblical pageants. People took notice of his talents later on and soon gained a reputation for the art and frescoes he did.

In 1685, he started his masterpiece: the ceiling art of the Church of Sant’Ignazio, where he poured his talents and knowledge of the High Roman Baroque style, Quadrantura, and Di Sotto Ni Su (meaning “seen from below”). It took him 9 years to finish this work and when he finally did in 1694 it became thereafter the standard for all the fresco art in Europe. After a year, he was commissioned to work on the altar of St Ignatius chapel in Gesu and in 1697, he was commissioned to create a similar work for the Church of Sant’Ignazio. 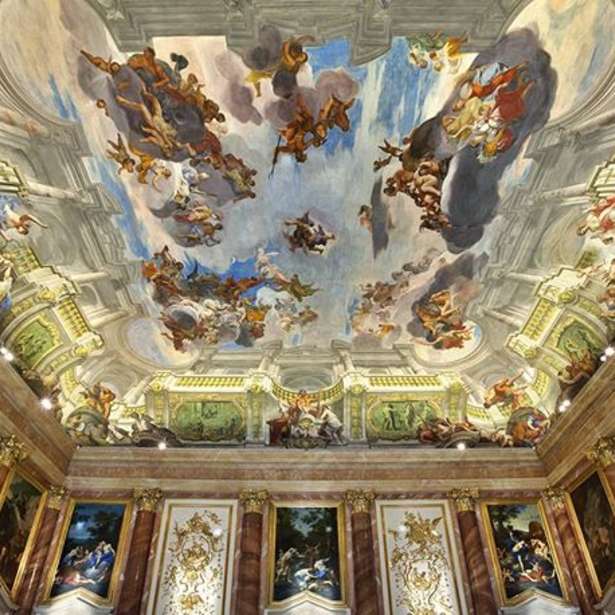 He was invited to Vienna by Emperor Leopold I later on in 1704, and there he painted their churches, adorning them with beautiful frescoes until his death in 1709 before he was able to come back to Rome. It would probably sadden him to learn that some of his works in Vienna were eventually destroyed, though luckily there were a lot of surviving frescoes, such as those in the Palais Liechtenstein, and altarpieces, which we can thankfully see today and with it, admire the genius of this Italian illusionist.

2nd image Admittance of Hercules to Olympus, by Andrea Pozzo, via palaisliechtenstein.com