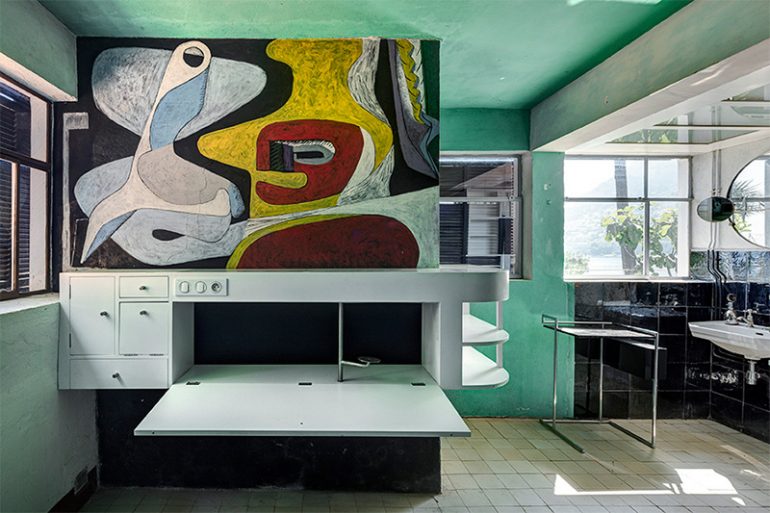 Museums and galleries are stepping up their game by presenting their exhibitions online amidst the coronavirus pandemic. It is very similar to learning biomimicry in this quarantine times. Here are two shows that are worth watching from home.

This health emergency got everyone daydreaming about their dream house. A huge Spanish farmhouse? Perhaps a Montana ranch? Or a simple yet cozy apartment in Seoul? But nothing beats the E-1027, a famous modernist bungalow located on the French Riviera. This seaside cabin was built in the year 1927. It has clean white walls and balconies that were nautical-inspired, a popular feature too much European functionalist architecture. Its interior, on the other hand, is more opulent, designed with fondle-inviting carpets and leather-clad beds. A morning dip in the Mediterranean, downtime in the balcony hammock, lunch on the roof terrace, and drinks from the built-in lacquered: this house has everything you need for a posh quarantine life.

Who Is Eileen Gray?

Irish-French architect Eileen Gray, together with her partner Jean Badovici, were the minds behind the creation of E-1027. The exterior and interior were all masterminded by Gray. In fact, the majority of the furnishings she anticipated for the house are now kept at the Bard Graduate Center in New York. Bard’s idea of this huge online show was impressive; viewers can click on any of the furnishings shown in the installation shots, and it will show higher-resolution pictures and comprehensive contextual materials that depict her commercial ambitions and creative process.

Even if Gray’s reproductions of her very own end tables are available at Design Within Reach, she is still less popular compared to contemporary architecture’s men. This is partly due to the fact that her specialization is in residential settings. The houses she designs will make you want actually to live in that house.

One thing about the group show called Time Share is they were made to be on the internet. The show is made of rotation of video clips depicting the connection of video to live performance. Job Piston organized the show for Performa’s “Radical Broadcast” series – it is an online channel that took inspiration from the experiments of Nam June Paik with television. Timeshare plays according to its own schedule on the website of the performance art institution.

Depending on the time that you watch, you might have a chance to see art-world insiders creating their own smartphones at a 2017 dance staged by the choreographers FlucT; pop fans putting up their smartphones as they watch a clip of Oscar Nñ’s in a Robyn concern; or black and white video of Robert Rauschenberg’s “Pelican” from 1963.

However, what you will remember isn’t the clips and pieces of the show, but how intricately, as a group, they collated video and digital media and transformed it into relief. Even if the phenomenon about video-within-video-within-the-internet is a common tactic, the primary focus here is remarkably antagonizing. It’s so hard to watch a person dancing while another person is recording the performance, that you end up questioning whether the two events are related or not.