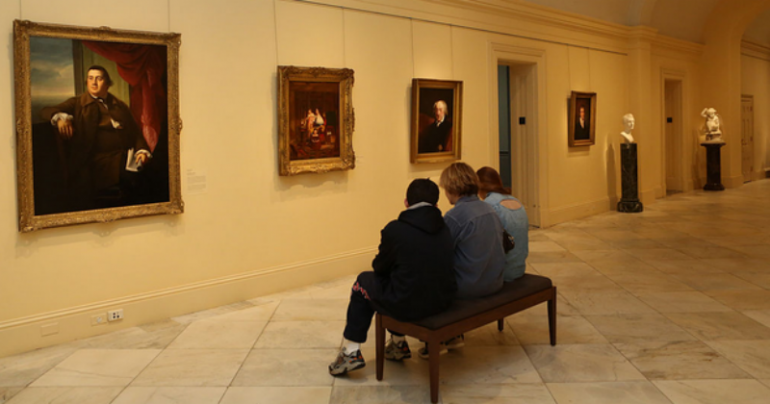 Movie posters and various business advertisements are what you would usually along the streets of most cities in the USA. But this August, prepare to see classic and contemporary artworks dating from the 18th century to the modern times.This project is called Art Everywhere. It was inspired by the successful project of the same name, which was held in Britain last year.

Art Everywhere will display American artworks in over 50,000 signs and billboards in different cities all over the country. From the famous Time Square to the subway platforms and bus stops, citizens will be able to enjoy the best artwork from talented American artists, without having to pay for admission. It’s considered as the biggest art show made available to the public.

While there are cities that embrace art as part of their culture, like Philadelphia, there are also many cities that do not have the same exposure to art.Philadelphia is famous for its giant murals. Locals and visitors get to see the history of the city everywhere through these. But as mentioned, this is not the case with most cities in the country. It seems that fewer people are interested in art or more specifically with American art.

This is one of the main reasons why the Art Everywhere project was started. It’s to make people develop an appreciation with the American art. Aside from paintings, other types of arts will also be displayed including decorative objects, multimedia and photos. The show will run for the whole month of August.

The People Behind the Project

When the Outdoor Advertising Association of America learned about the success of the Art Everywhere project in Britain, they thought of doing the same thing in the US. They hoped that this project could help encourage more people and businesses to use billboards and other outdoor advertising methods. The group contacted Dallas Museum of Art’s director, Maxwell L. Anderson; for this project, which he accepted.

Mr. Anderson then invited other museums to join in the project. Four other museums participated, including the Whitney Museum of American Art in New York, the National Gallery of Art in Washington, D.C., the Art Institute of Chicago and the Los Angeles County Museum of Art. Each museum submitted 20 artworks that are posted on theArt Everywhere US website.

People can vote which of these artworks they wish to be included in the month long public art show in August. The top 50 artworks that received the most votes will make it on the said show. The voting already started on April 7 and will end on May 7. The announcement of winners will be made on June 20.

Aside from sparking people’s interest in art and promoting billboard and outdoor advertising, the project also hopes to entice more people to visit museums and galleries. According to Mr. Anderson, only 14 percent of the people in the country visit them.

Some of the Artworks Submitted 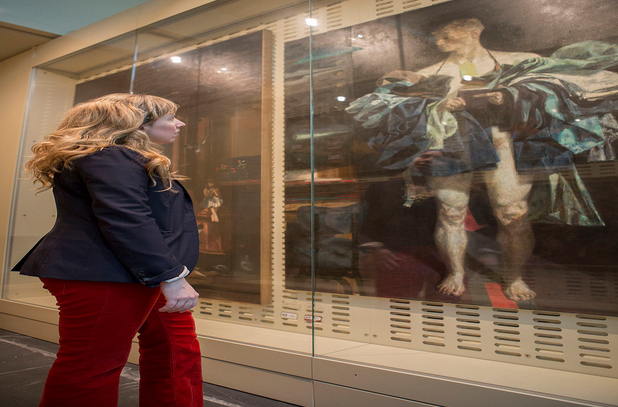 There are a total of 100 artworks to choose from on the project’s website. One of the pieces nominated by the Whitney Museum of American Art is “Three Flags”, which was made by Jasper Johns in 1958. The Art Institute of Chicago on the other hand submitted “American Gothic”. It’s a 1930 painting by Grant Wood that features a farmer and his daughter.

Gilbert Stuart’s artwork from 1821 named “George Washington” was nominated by the National Gallery of Art. It shows the portrait of the first President of the USA, George Washington. One of the arts from the Dallas Museum of Art is “The Icebergs”, which was made by Frederic Edwin Church in 1861. The Los Angeles County Museum of Art submitted “Ken Moody and Robert Sherman” that was made byartist Robert Mapplethorpe in 1984.

Other artists whose works are also featured on the site are Frank Lloyd Wright, Ed Ruscha, Mark Rothko, Catherine Opie, John Singer Sargent, Edward Hopper, Cindy Sherman, Andy Warhol and Mary Cassatt. Those who would like to participate in the voting still have a few days left to vote for their favorite artworks.

If you have not voted yet, why not support your preferred artists or artworks to be included in the show? The art display will officially start on August 4, which will run for the rest of the month.