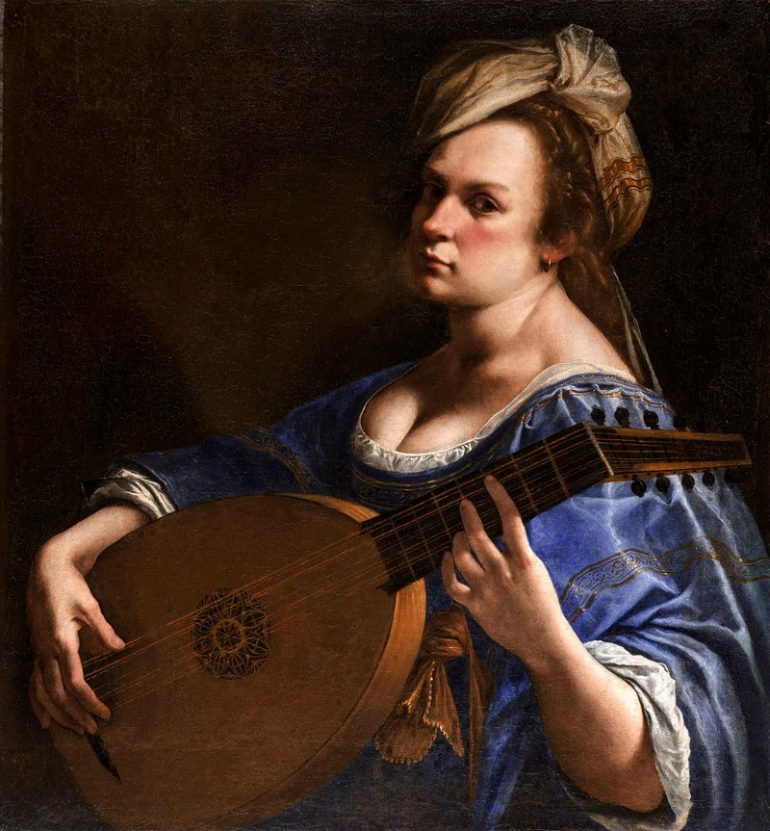 Considered as one of the most highly skilled painters among the artists that came after Caravaggio, Artemisia Gentileschi was one of the very few women painters accepted by art patrons or artistic community during her time. She became the first female member of Florence’s Accademia di Arte del Disegno. Italian Baroque painter Artemisia Gentileschi was born on July 8, 1593.

Born in Rome, Artemisia learned art at a very young age as her father was a painter from Tuscany. Together with her brothers, she learned painting, drawing and mixing colors in their father’s workshop, although she showed more promise than her brothers. Since her father was greatly influenced by Caravaggio, Artemisia’s works also showed the great artist’s painting style although her approach is more naturalistic. Here very first painting was created when she was 17 years old. It was titled “Susanna e i Vecchioni” (Susanna and the Elders), which she painted in 1610.

She suffered sexual accosting by two men who were supposed to be her art teachers in 1611. The rape became known when they pressed charges against Agostino Tassi. Her participation in the prosecution overshadowed her artistic ability and for many years she was viewed as a curiosity. In the succeeding paintings based on the “Susanna” theme, Artemisia depicted her traumatic sexual experience.

Casa Buonarroti commissioned Artemisia to produce a painting soon after their move to Florence. She later enjoyed the patronage of Charles 1 and the Medici family, and became a court painter of great success. It was supposed that it was during this time that she painted “The Virgin and Child” or the Madonna col Bambino that is on display in Rome’s Spada Gallery.

Artemisia Gentileschi received notable acclaim in Florence. The Accademia delle Arti del Disegno (Academy of the Arts of Drawing) accepted her, the first female in the esteemed, male-dominated academy. She enjoyed the friendship of many respected artists and art patrons, including Cristofano Allori, Granduchess Cristina, Granduke Cosimo II de’ Medici, Galileo Galilei. She was highly regarded by Michelangelo Buonarroti the younger, who was the nephew of the world-renown artist, Michelangelo. She was asked to decorate the ceilings of the Casa Buonarroti and she created an allegory called “Allegory of the Inclination (natural talent),” represented by a compass-holding nude young woman. It may be because of her traumatic experience that most of her heroines resemble her.

Some people believed that her tragic experience freed here from pressures from society,  which is why her figures usually depicted violent and defiant women. Some of the important works during her time in Florence include “Giuditta che decapita Oloferne” (Judith beheading Holofernes), “Giuditta con la sua ancella” (Judith and her Maidservant), “Self-Portrait as a Lute Player” and “La Conversione della Maddalena” (The Conversion of the Magdalene). 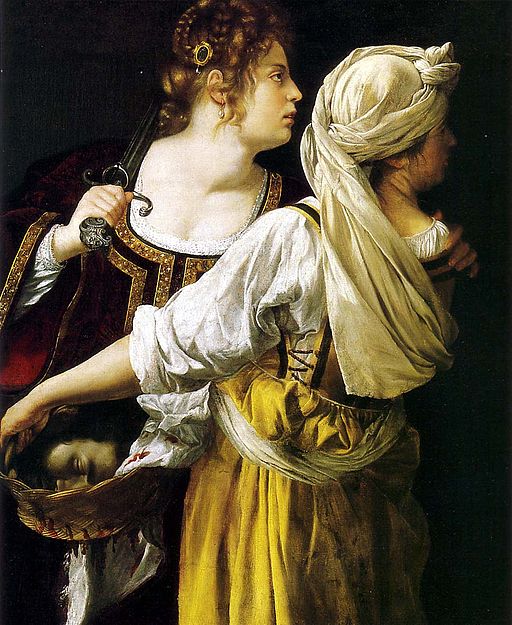 Although some of her paintings were difficult to date, most of Artemisia’s work displayed mastery of styles and influences from other great artists. She showed strong evidence of chiaroscuro mastery in Giuditta con la sua ancella, (Judith and her Maidservant). Her strength as a portrait artist can be seen in Ritratto di gonfaloniere (Portrait of Gonfaloniere). The lessons she learned on Venetian luminism showed up in her paintings like Ester ed Assuero (Esther and Ahasuerus) and Venere Dormiente (The Sleeping Venus).

She later joined her father In 1638 and they became court painters to the court of Charles I of England. She stayed in London until 1642 to finish her commissions and returned to Naples, where she remained active until 1654.