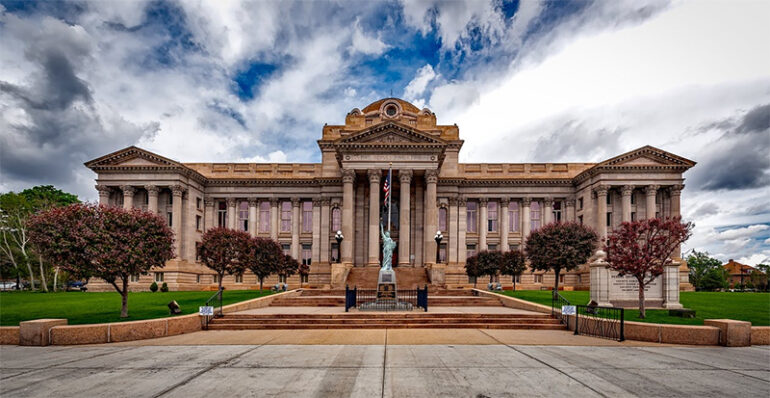 In the 18th and the early 19th centuries there emerged a new architectural style. A movement that was influenced by two starkly contrasting powers namely: the Greeks and the Romans. To be more specific, the movements that brought about this shift was classical Greek and Roman architecture. The first accounts of neoclassical architecture were in the 1750s in Europe. However, it was the discovery of the ruins of Pompeii that provided the opportunity for architects to rediscover and study what the architecture of the ancient Greeks and Romans were truly like.

One feature that really differentiated neoclassical architecture from other styles it would be the sheer scale and volumes being used. Even so, there are still much more characteristics that can help distinguish this style. For example, a use of simple geometric shapes and columns are common. Although seemingly unassuming, these wide columns used throughout provide not only aesthetic appeal but also support to the whole weight of a building. Additionally, the rooves of these structures commonly come with either a domed or flat shape that is typically dependent on the style being recreated. Lastly, because of the strong Greek and Roman influence, details reminiscent of both styles are scattered around the design.

The style is comprised of three different variations that all follow the same design principles. First, are the temple style buildings that try to copy the style that was used for ancient temples. Second, the classical block, characterized by a floor plan that is rectangular or square in shape. Often, the roof shape being used in this type is a flat roof. In addition, the exterior for this type makes great emphasis on repeating columns and or arches. The last and third sub style is the Palladian buildings that were inspired and influenced by the designs of Andrea Palladio, an Italian renaissance architect during the 16th century.

Neoclassical architecture sets a prime example for how two antagonizing forces can still work together to create something beautiful. Recycling ideas from that past can still be seen as something that is undesirable, even up to today. Yet it is how these ideas are used and improved that can really make a difference. Reusing ideas is more common than people think. History will always play a part in the changes that are to come. And some time in the future, the records of neoclassical architecture may be lost just as the records in Pompeii. Hopefully, these records will be found again and used to create a new style of architecture that perfectly meshes both the past and future together.

Featured and 1st image from https://www.pexels.com/photo/administration-ancient-architecture-art-208603/