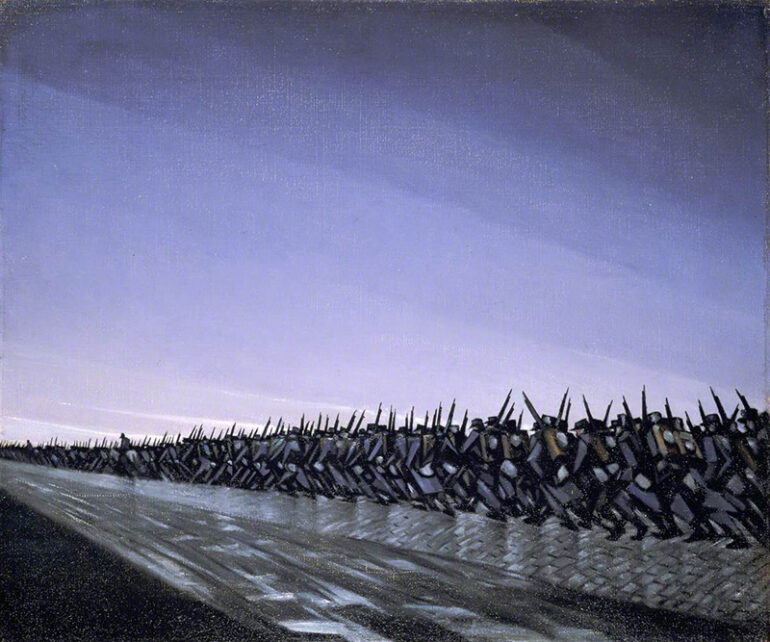 Futurism art is a genre of art that emerged in Italy during the early 20th century. This movement focused on depicting modern life, technology, and society through bold colors, shapes, and lines. The goal was to express the futuristic ideals of speed and progress while celebrating modern machines’ dynamism. If you’re looking for some art that is out of the ordinary, futurism is your style. Let’s explore five concepts of futurism art.

Futurists believed that machines had become the centerpiece of modern life, so they often portrayed them in their artwork. The Italian artist Umberto Boccioni painted “The City Rises” in 1910, which depicted men working on a large steamroller. This painting illustrates how important machinery was to the Futurist movement. Another example is Giacomo Balla’s 1912 painting “Street Light”, which featured bright colors to convey the energy and dynamism of modern cities. These works demonstrate how machines were used to create a sense of excitement and power in Futuristic art.

Futurists were fascinated by movement- the idea that everything was constantly changing and evolving. From trains to cars to airplanes, they used dynamic lines to capture the feeling of speed and progress. They also believed that humans should strive for constant improvement, which is why their work often depicted people running or flying through space.

Futurism was also informed by new technologies such as photography, film, and radio. These technologies played an important role in creating innovative and exciting images. Filippo Tommaso Marinetti wrote his famous manifesto celebrating technology and embracing novelty. He proclaimed that new technologies had replaced traditional values like religion and patriotism with modernity and progressivism. This idea was echoed by other Futurists like Giacomo Balla, who painted “Electricity” (1914) which showed electric wires radiating from a central point. This work conveyed how electricity had become an integral part of everyday life for many people at the time.

Speed was an important concept for futurists as well. They believed it represented progress and innovation more than anything else. To capture this concept in their works, they often experimented with abstract shapes and lines that evoked feelings of acceleration or momentum – elements which are now commonplace in modern art today thanks in part to this movement’s influence on subsequent generations of artists.

Futurists were captivated by industry because it represented progress and efficiency. They saw it as an opportunity for mankind to improve through hard work and dedication. To celebrate this concept, many futurists work featured industrial landscapes or factories filled with workers busily creating something new from nothingness—symbols for how our world can be transformed through the collective effort if we embrace technology rather than fear it.

All these concepts combine into one unified vision for futurism art. It is one where humans have overcome natural limitations through science and technology. One where individuals are free from societal constraints and progress is celebrated rather than feared. Futurism art is one where dreams become a reality before our very eyes.

1st and featured image from https://blog.shibaswap.com/shib-army-we-march-on/