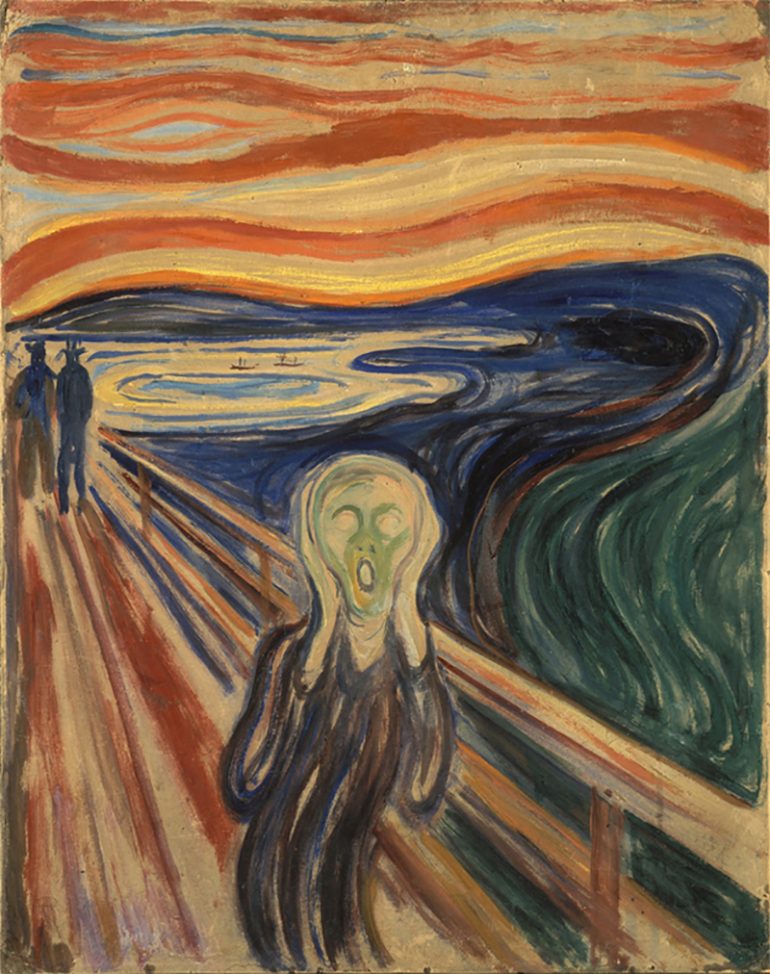 Edvard Munch a Norwegian painter who is made popular by his epic painting – The Scream. This painting tells the story of Edvard while he was going for a walk with his friends.

As seen in the picture, the man looks terribly horrified. Art critics think that this picture is a perfect representation of how Munch feels inside. Some critics deduce that such psychological painting can only be painted by a mad man.

It was on December 12, 1863 when Edvard was born as his family’s second child in a humble town in Löten, Norway. He has four other siblings. His mother and sister died of tuberculosis, while her other sister was institutionalized because of mental illness His brother also died early, at the age of 30 because of pneumonia.

Edvard studied engineering, but he fell in love with art making so much that he eventually quite schooling. Together with six other artists, he rented a small studio and joined the Industries and Art Exhibition.

Pursuing His Love for Art

He pursued his art career and decided to study and improve his craft. After working hard for three years, he was awarded a scholarship. He also traveled to Paris, France.

After his trip, he started working on his painting “The Sick Child”. He completed the painting in 1886. This painting depicted a sick young girl, who is believed to be her sister. The painting perfectly captured his emotions about his family’s loss.

In 1899, Edvard lived in France thanks to the art scholarships that he received. This year was thought to be his most productive year as an artist. However, many also believed that this was the most troubled part of his entire life.

He grew his reputation for his masterpiece “The Scream”, which he made in 1893. This painting was part of the collection “Frieze of Life”. The collection was comprised of 21 other paintings like “Despair”, “Anxiety” and “Melancholy”.

He presented this collection in the Berlin Art Exhibition in 1902. The collection brought him such huge success, most especially “The Scream”. Critics and fans were fascinated with the art because of how Edvard fully showed how he truly felt inside.

Apart from these expressionism paintings, he was also able to make a couple more, even in his late years. His paintings were often intense and mostly dark in nature. His iconic screaming painting earned him around USD119 million, when the painting was sold in 2012. 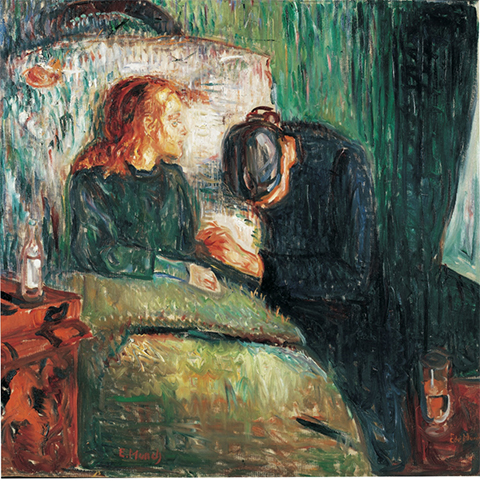 Out of Control Drinking

He was briefly happy with his artwork’s success, and he earned quite a reputation in the art community’s impressionists, expressionists and even realists. However, things quickly turned sour when he found himself addicted to drinking. Apart from this vice, all his family’s misfortune and mental concerns also took a huge toll on him.

In the 1900s, his drinking habits worsened, and he started suffering from paralysis and delusions. In 1908, he institutionalized himself in a sanitarium. Fortunately, he was able to take control of his drinking habits and even regained his mental health.

He got out of the sanitarium sometime in early 1909. He tried to work again, but it was never the same as his masterpieces before. Soon after this year, he moved to Ekely, Norway to live alone and produced a couple of landscape and other dark paintings even near his death.

His last few paintings reflected his health condition and the other diseases he suffered from.

Featured and 1st image by Edvard Munch [Public domain], <a href= https://upload.wikimedia.org/wikipedia/commons/8/86/Edvard_Munch_-_The_Scream_-_Google_Art_Project.jpg> via Wikimedia Commons </a>