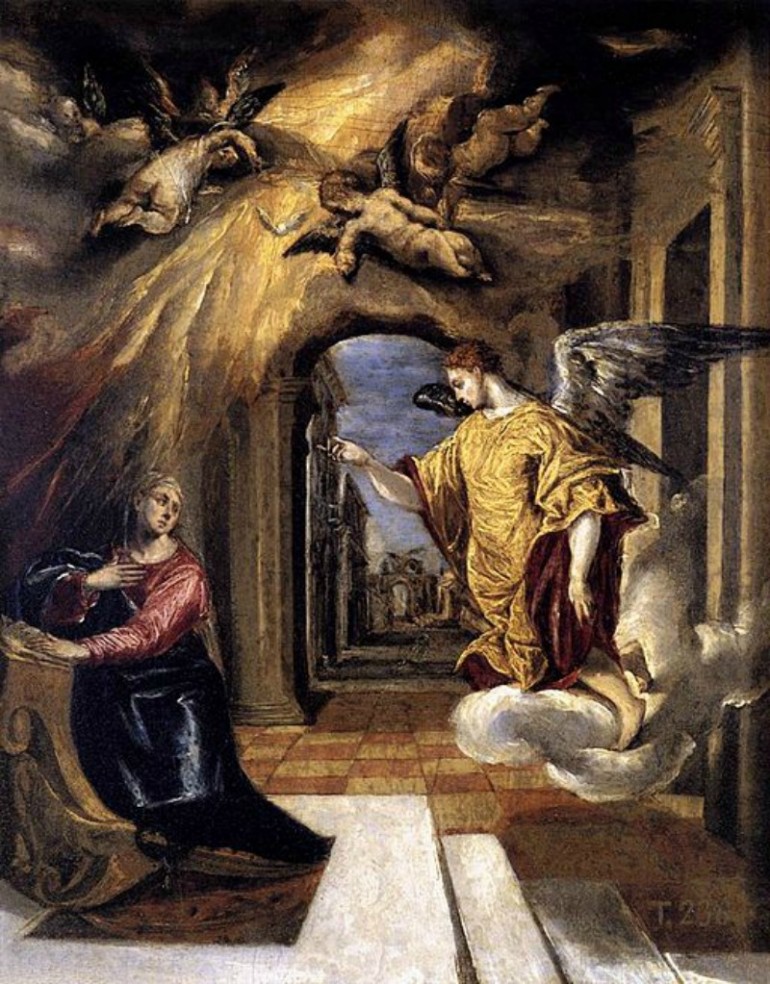 Doménikos Theotokópoulos, who took the sobriquet El Greco (The Greek), was born in Crete in 1541. He traveled to Venice, Rome and Italy before finally settling in Toledo, Spain for the rest of his life. He was an architect, sculptor and painter of the Spanish Renaissance and used the nickname to refer to his Greek origin. He also signed his work with his full given name in Greek letters, including the word Κρής, which meant “Cretan.”

When he was born, Crete was still a part of the Republic of Venice, which was the center of Post-Byzantine art with which El Greco was trained. He was already a master of the tradition before he moved to Venice at the age of 26. Three years later he moved to Rome and opened a workshop. He enriched his painting style with Venetian Renaissance and Mannerism elements. At age 36 he moved to Spain, settling in Toledo. He continued to work, receiving many major commissions. Most of his best known paintings were created after his move to Toledo.

His style was both expressionistic and dramatic. He had an individualistic style that did not belong to any conventional school and employed fantastic coloration by mixing Byzantine and Western painting traditions. For him color takes dominance rather than form. His figures were elongated for aesthetic principles and expressive purposes.

El Greco’s early training was as an icon painter in a school in Crete. At that time, his birthplace was at post-Byzantine art’s forefront. Documents revealed that El Greco was already a guild master at the age of 22 and it was presumed that he had his own workshop.

His stay in Venice was only ascertained by the letters El Greco sent to his much-older friend, Giulio Clovio, who was known to be a disciple of painter Titian. Clovio, recommended him to be a guest at the Palazzo Farnese in Rome, which was owned by Cardinal Alessandro Farnese. El Greco met the city’s intellectual elite such as Fulvio Orsini, a Roman scholar who later owned seven paintings by El Greco. 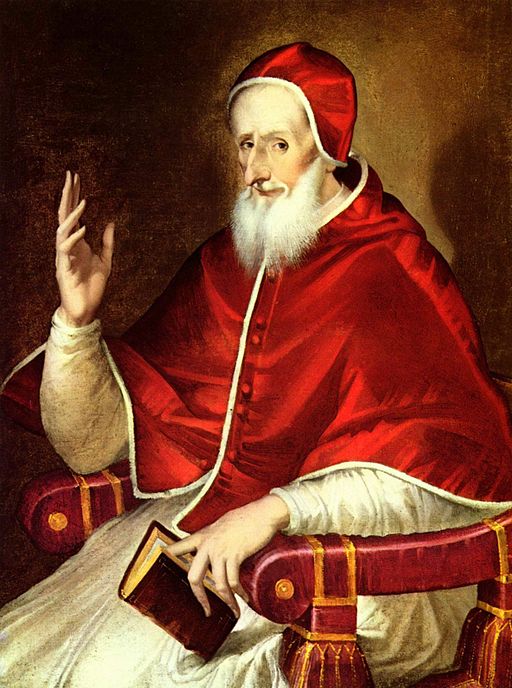 He distinguished himself by creating unusual and new interpretations of traditional religious art. While he was in Italy, his works showed the influence of Venetian Renaissance style that was prevalent during that period. His figures looked agile and elongated that was somewhat evocative of Tintoretto’s works. His use of colors showed his connection with 16th century Italian painter, Titian. He was also influenced by the Venetian painters who taught him how to organize his landscapes containing several figures that he painted with atmospheric light giving them an ethereal luminosity. While in Rome, his paintings were endowed with elements of Mannerism: tempestuous gestures, repeated turning and twisting of figures and wild perspective vanishing points.

When he arrived in Rome, Raphael and Michelangelo were no longer alive. El Greco dismissed Michelangelo, saying that the artist did not know how to paint, particularly singling out “The Last Judgment” in the Sistine Chapel, yet Michelangelo’s influence could be seen in El Greco’s “Allegory of the Holy League.” It was said that El Greco was one of the painters who initiated the re-evaluation of the teachings of Michelangelo.

King Philip II of Spain was constructing the monastery and palace of El Escorial when El Greco arrived in Toledo. The king was finding it difficult to look for artists to decorate the palace. Titian was no longer arrived and other well-known painters, including Tintoretto did not want to go to Spain.

Again it was Clovio and Orsini who helped El Greco to meet influential people in Spain. Luis Castilla helped him get his first large commission for the El Espolio and the church of Santo Domingo el Antiguo. “The Assumption of the Virgin” and “The Trinity” were among the nine paintings El Greco did not Santo Domingo. While he was able to secure commissions from the king and created “Martyrdom of St. Maurice” and “Allegory of the Holy League.” However he failed to satisfy the King’s requirements for unknown reasons and his works were relegated to less prominent locations.

He had enough luck though to continue securing large commissions throughout his life in Toledo. He was assisted by his son in his later years. He produced several masterpieces during his stay in Toledo, including his best known work, “The Burial of the Count of Orgaz.”

His colors and expressiveness influenced the works of Édouard Manet and Eugène Delacroix. He also provided inspiration to cubists and abstract expressionist painters such as Paul Cézanne, Pablo Picasso and Jackson Pollock.