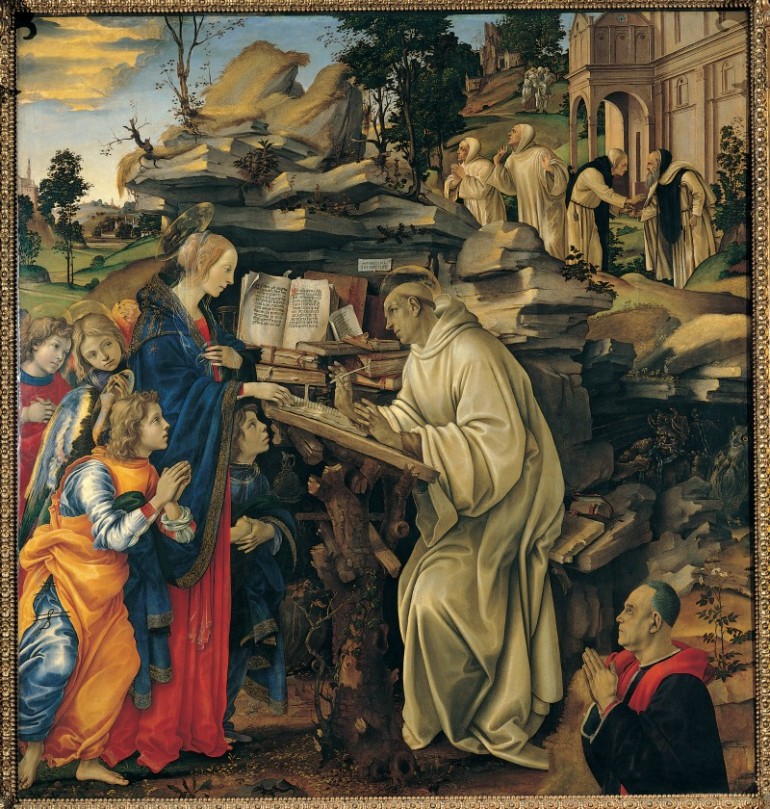 Filippino Lippi was the son of Fra Filippo Lippi, a very renowned and respected figure in the mid-15th century during the Florentine Renaissance era. Filippino Lippi was influenced to a high degree by Botticelli and became known as a very expressive and innovative painter, who was one of the leading advocates of fresco painting in the traditional way. He was born in Prato, Italy in April 1459. He was 26 years of age when he had his first big project in 1485, which was to finish the frescoes in the Brancacci Chapel that were started by Masaccio and Masolino. It was also during this time that he finished the “Apparition of the Virgin to St. Bernard” that was considered as the finest among his panel paintings.

Filippino received his first art training from his father. He completed the fresco work his father left unfinished in the Spoleto Cathedral in Perugia. Botticelli, who was a student of Fra Filippo, took young Filippino under his wing when Fra Filippo died. Filippino learned fresco work, oil painting and tempera painting from Botticelli. It was almost a standard requirement among Florentine artists to be good in draftsmanship and Filippino learned that as well. He was only 13 years old when he opened his own studio in 1472. His painting style was greatly influenced by his father and Botticelli. Many of his first works were known to have animated line and form and the use of warm colors, which showed in his works like the “Adoration of the Magi” and “Tobias and the Angel.” At a young age, he joined other artists such as Botticelli, Domenico Ghirlandaio and Perugino to decorate the Spedaletto villa of Lorenzo de’ Medici. 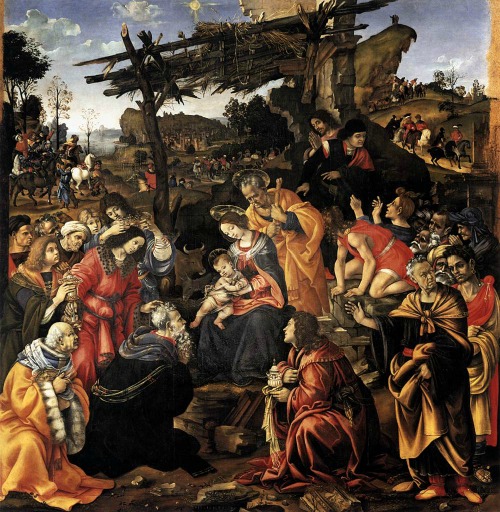 As a Renaissance artist, Filippino’s memorable works are the series of frescoes he did for the Strozzi Chapel in Florence. At a young age, he received cognizance far and wide, and he received commissions to create religious paintings and murals for several churches including those in Florence, Rome, Genoa, Bologna and Milan.

Many of his paintings, such as his informal grouping of the Virgin and Child together with the saints (sacra conversazione) strongly influenced the paintings created during the High Renaissance.

It was unfortunate that Filippino’s fame was overshadowed in the 16th century by the emergence of Michelangelo and Raphael.

Still there are several paintings and preserved frescoes that attest to his skills. The first major commission that Filippino received was to continue the work started by Masaccio at the Brancacci Chapel. He made several additions to the murals, including “Saint Peter’s Crucifixion,” “Saint Peter Jailed,” “Resurrection of Teophilus’ Son” and “Quarrel with Simon Magus in face of Nero.” His skills were comparable to the skills of Masaccio that it was difficult to tell which works belonged to whom. But according to Giorgio Vasari, Filippino later introduced contemporary costumes and portraits of other figures such as Luigi Pulci (poet), Antonio Polliuolo (sculptor) and Botticelli (painter) in the scenes he painted for the “Acts of the Apostles.”

In 1486, he started work to decorate Palazzo Vecchio’s Sala degli Otto di Pratica. He also painted the Apparition of the Virgin to St. Bernard, an altarpiece for the Church of Badia in Florence.

In 1487 he decorated the Strozzi family chapel in Florence, the Church of Santa Maria Novella, depicting the lives of St. Philip and St. John. It was a grand mural, which he worked on until 1503. This grand work showed his artistic genius. He created several dramatic figures, backgrounds and shapes, all highlighted by his clever use of colors. His imagination was so vivid that even Raphael was compelled to reproduce part of it when he painted the “Preaching of St. Paul.” Filippino did not only create fantastic images. He also introduced imaginative architecture in the style of Baroque architects like Francesco Borromini and Gian Lorenzo Bernini. In some parts, his work surpassed that of Michelangelo’s Prophets shown in the Genesis fresco while some female figures were similar to Leonardo da Vinci’s work.

He moved to Rome in 1488 due to a commission to do several frescoes depicting the life of St. Thomas Aquinas for the Carafe family chapel in Santa Maria sopra Minerva. This one showed more of his creative inventiveness and innovation. He introduced his interpretation of elements of Greco-Roman origin, such as masks and trophies, garlands and foliage. He further enriched the decoration with Oriental and Moorish motifs. The work was so grand that Raphael again borrowed heavily from it when he was creating the designs for the Vatican’s Raphael Rooms.

He returned to Florence in 1493, creating works such as the “Adoration of the Magi,” ‘Virgin with Four Saints’ and the “Deposition” for the Santissima Annunziata Church. The latter remained unfinished when he died in 1504 at the age of 45. Perugino completed it in 1507 and it can now be seen in the Gallerie dell’Accademia in Florence.