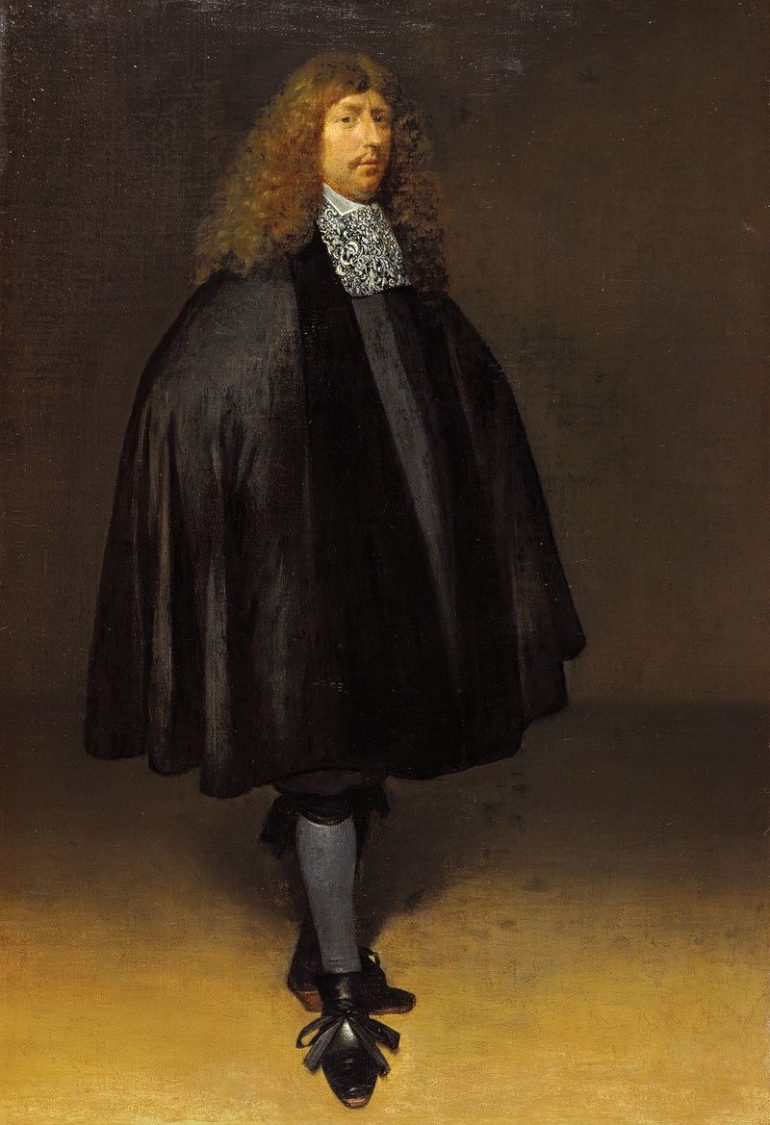 Whenever people talk about Ter Borch it always sounds like he’s the painting world’s portraiture Mozart (minus any tragedies), comparing him to Manet and calling him nothing else but a genius. Actually, each Master definitely has his or her share of fans who would probably talk about them in the same way. But when you read up on about him you’ll find no fault in his talents or his life. Except for a small blip, this is the image of a man that has a very contented life. Well-to-do and talented. There’s record of him marrying as well. It’s like the perfect man,
leading a perfect life. And his paintings seems to reflect the life he lived: images of people busy working, with nothing that seems troubling them save the task at hand.

Ter Borch was born at Zwolle, which is the central port of the Zuyder Zee, in 1617, to an unsuccessful Italian painter turned tax collector, Gerard Ter Botch the Elder. He has eleven siblings from three marriages. Six of these children, including him, was said to have developed artistic talents. Ter Botch Sr. was said to have been proud of his children and did everything to sow the seeds of his talented young kids.

Even as a kid Ter Borch showed promise: at eight years old he can already draw well. His first mentor was his father, naturally. Ter Borch Sr. was an artist himself, after all. He sent his son afterwards to become a pupil of an England-born artist, Pieter de Molijn, he himself having studied under Molijn. He traveled all over Europe, like most artist of his time, while he honed his skills in portraiture, and then went to Amsterdam, but probably found the competition there to be not to his taste, so he moved once more, this time to Westphalia, where he would produce “the Delegates swearing to the Peace Treaty” in 1648. He traveled to Madrid where he painted for Philip IV after he gained the trust of Penaranda, a Spanish envoy. It was also during this time that people were saying that he was inspired by the works of Diego Velazquez. He was a knight and is under the king’s pay. But for some reason, it was said to be intrigue, he was back in the Netherlands by 1654. It seems a petty reason for giving up his knighthood and his employment, but if there is another reason as to why he went back, we’ll never know.

He married, eventually, a widow by the name of Gertrude Matthyssen. He went to live in his wife’s home in Deventer, and as far as all accounts go, that was the end of his travels. He settled down, and even became a magistrate, though it seems that he didn’t have any children of his own. He died at sixty-four years old, near the end of the year 1681. A good age to die unless he actually wants to be bored to death by living the life of a childless public servant. 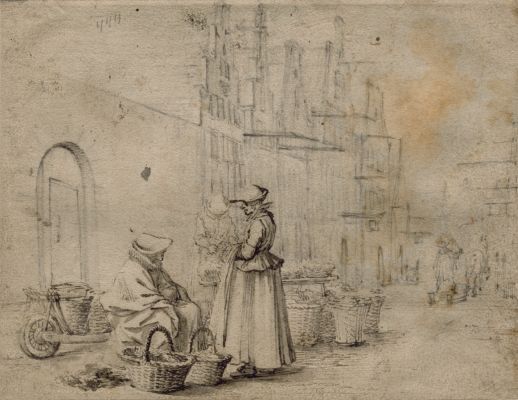 His works, which are mostly people busy with some task, is usually described “simplistic but intense” and many would probably agree upon viewing, for example, “A Maid Milking a Cow in a Barn ” or “Woman writing
a letter .” He’s the only person who would even consider painting a “Boy fleaing a dog ”, his student, Caspar Natscer, wooing some girl, and a soldier performing a mischievous prank. But even if it’s very simplistic, there’s nothing really to criticize about them. They’re great: the faces are expressive and it’s as if you can even read the person’s thoughts. In the “A Guard Room Interior with a Soldier Blowing Smoke in the Face of His Sleeping Companion ” for example, you can tell that the third is already amused, anticipating the prank that’s about to happen in front of him. The prankster staring intently at his victim while the victim is peacefully sleeping, unaware that he’s about to be disturbed from his beauty sleep by a whiff of second-hand smoke. He’s definitely a genius in painting and there’s nothing more to say.