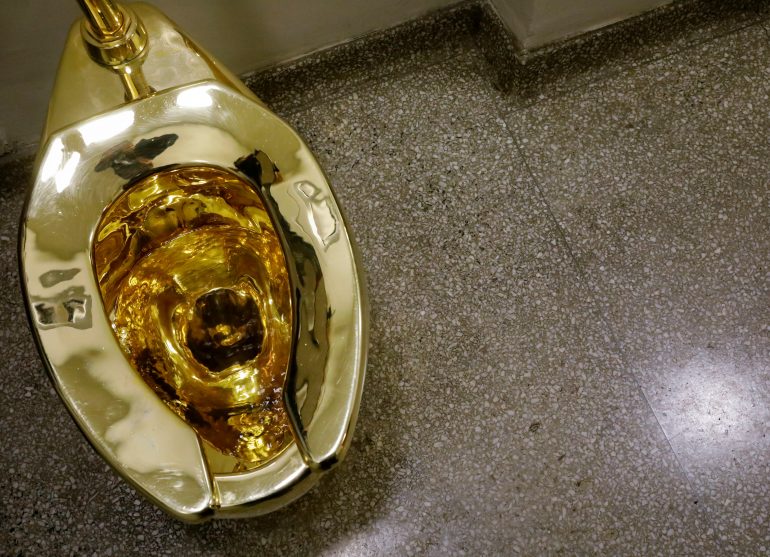 The continuing insistence of the American left-wing mass media that their country is divided between the left and the right is a sign that their resistance is still strong and are adamant to continue their charades of dividing the nation through words. This is but a part of the globalist left-wing, whose aim is to use whatever it can to spread their agenda and dominate the world through thought and ideas that are sometimes not compatible with certain cultures. But they don’t care if it doesn’t. As long as people toe the line, they will even go as far as to break any nation and cultures. In their perfect world, no one is allowed to deviate or have different ideas from the ones that they preach. Disobey, and they will crush you.

The Weapons and War Factories

Their tenacity can be best seen through their total dominance and use of the world of mass media and art. This is understandable: for years the left-wing has always championed themselves as the side with open-mindedness. This is the side that championed for artistic freedom. So it makes sense that artists, and artistic institutions, like universities and museums, all side with them. Seeing left-leaning websites urging museums to become the champion and “learning centres” against the right-wing that promotes ideas like “nationalism”, or museums acting on their own to promote leftist ideas is common.

But it isn’t just the museums. Television shows, Internet shows and movies are also dabbing into very political subjects that criticizes or demonizes right-wing beliefs recently. Among them, The Handmaid’s Tale has made the most waves last year as hyper-radical feminist and left-wing political activists compare the heroines to left-wing women and the antagonists to everything they hated: the imaginary patriarchy, the right-wing, Trump, Brexit, and Russia. There’s also the 2016 remake of the Ghostbusters, which until now, is still a debated topic. Left-wing activist praises the movie while labelling any critics, and anyone who refuses to see the movie, as anti-feminist, misogynist, anti-women, anti-blacks, anti-LGBT, and so forth and so on.

By now, anyone reading this should be able to see how slanted the odds are against the right compared to the left when it comes in the media and the arts. Most of Hollywood is anti-right, anti-Trump, and anti-men, even before the Harvey Weinstein brouhaha. A lot of artists around the world are anti-right-wing or holds radical left-wing views that shows on their works. Art critics would mock and hiss at pro-right paintings, such as that one incident last October with the painting “The Republican Club”, a painting of past and present Republican presidents by Andy Thomas. When the painting was revealed to be hanging in the White House, every left-wing critic with a Twitter account spent at least 2 days mocking it and making a big fuss about it.

Sean Hannity, a Fox News commentator, puts it best when he said this: “The ‘left’ loves art and especially taxpayer-funded art that is ‘provocative.'” Jonathan Jones of The Guardian partly gets it when he said that art has often mocked the face of power from time to time. But you’ve never seen art mock Obama in the same way they mock Trump. The Left gleefully mock Trump every day, like an addicting drug that they can’t live without. And most of them do it through art because that’s the only thing they’re good with. It is a sad fact, but every side can agree that the left owns the art world. And this is how the left decides to use art.

The right won’t admit that they handed art to the left, however. To the right, preserving the geniuses and art of the past is a more worthy pursuit and use of art than using art against people they hate. The left does this too, but they’re more than willing to replace the old art in favour of new ones that agree more to their politics and taste.

2nd Image: The Republican Club, by Andy Thomas. Via CNN