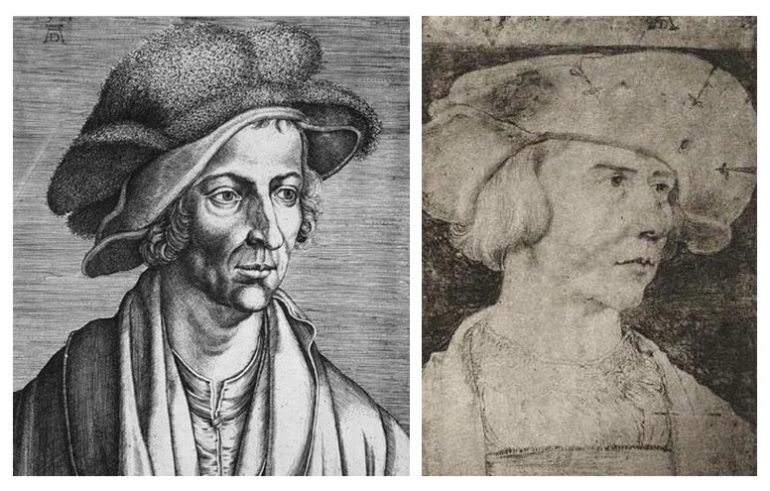 Joachim Patenier (or Joachim de Patenier) is considered as a pioneer when it comes to landscape painting. He is the first to treat it as an independent genre. He’s best known for landscape paintings with religious narratives. The panoramic view of the landscape takes up much of the work. In the foreground is the religious scene blending well with the background full of nature: rivers, trees, and the open blue sky. Out of his  20 known un-dated works, only five were signed by the artist. Albrecht Durer, a close friend of Joachim, considered his friend as the most important landscape artist of their era.

Much of the information regarding Joachim is lost in time. There were, however, a few tidbits scattered here and there. For example, he was born not later than 1485 in Belgium. The first ever mention of his name was as part of the painter’s guild in Antwerp in 1515. In 1520, Albrecht Durer visited Antwerp and befriended Joachim Patenier. His diary proved very helpful and became a major source of facts about his life: Albrecht borrowed paint from Joachim and would employ of Joachim’s pupils. In return, he would give Joachim artworks like engravings and drawings. He also gave Joachim an oil painting made by Hans Baldung Grien. Albrecht also bought Joachim’s work, Lot and his Daughters. He also attended Joachim’s wedding to Jeanne Nuyts, Joachim’s second wife. According to the diary, he also painted Jeanne’s portrait twice.

Another person linked to Joachim Patenier is Quentin Massys. Apart from being Joachim’s suspected teacher, he was also listed as an official guardian to Joachim’s daughters after the artist’s death around 1524. The exact date of his death was never listed, but his will, signed by him on October 5th of that year, exist and so people treat October 5th as his death day for convenience.

Joachim’s style is somewhat similar to Hieronymus Bosch. When you compare Joachim’s works to Bosch’s triptych, those uninformed or not familiar with the two artists might mistake that the works were done by one person. There is, however, a difference: In Bosch’s, there are usually more people than there are in Joachim’s. Joachim’s works focused more on the landscape around the religious scenes. His landscapes have a fantasy-like aura, with lands that go off into the horizon, strange, fantastic rock formations, and noticeable bodies of water. It has a few man-made structures scattered all over the landscape, sometimes even as far as the edge of the horizon, as well as figures that are preoccupied with their work.

Based on all the works attributed to him, Joachim seems to have limited himself to this genre throughout his whole career. All of them are religious narrative landscapes that have the same consistency when it comes to the style. The Holy Family on their way to Egypt, St Jerome, and St Christopher are re-occurring characters between his works. 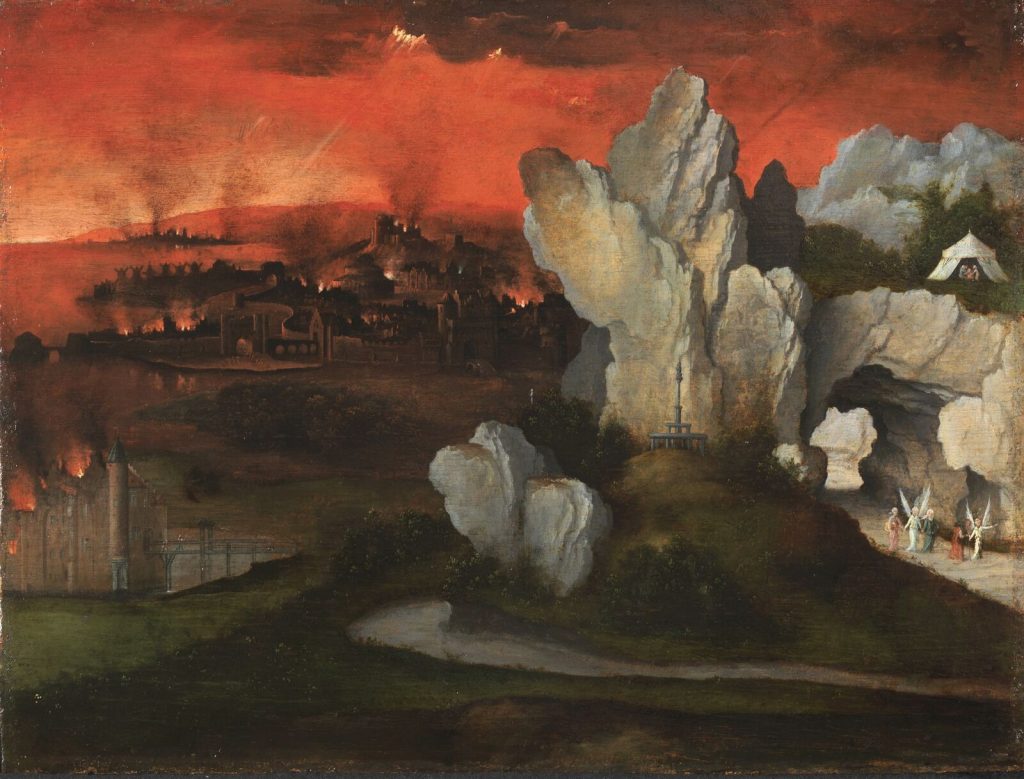 Of course, religious stories aren’t all sunshine and daisies: Borsch’s The Garden of Earthly Delights‘ most eye-catching part, after all, was the hellscape that shows hell as to how he envisions it. Joachim has something similar: The Destruction of Sodom and Gomorrah. Unlike most of his works that has a blue sky, this one is painted red. Lot, his daughters, and the angels are painted on the right, shielded by the rocks from the sight of the magnificent city being burned and destroyed by the fire that falls down from the clouds. Between the rock and the city, a small white figure stands, most likely Lot’s wife, turned to a pillar of salt.

Another work that displays Joachim’s skill with hellscapes is the Landscape with Charon Crossing the Styx. A wide river splits heaven on the left and hell on the right. The three-headed dog guards the river entrance to a hell full of demonic figures while angels can be seen accompanying naked figures on the left, presumably souls of the deceased.

Featured and 1st image Patenier, by Albrecht Durer via Wikipedia

2nd image Landscape with the Destruction of Sodom and Gomorrah, by Joachim Patinir via Wikipedia