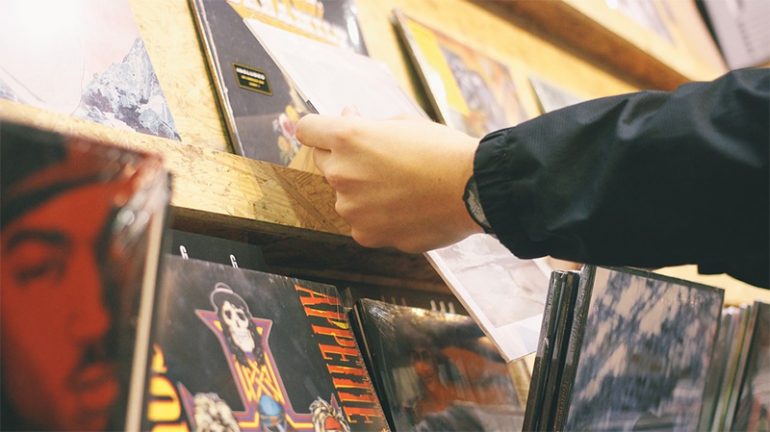 The connection between music and art is diverse – it is as if they are meant to be together through various means. Come to think of it, music can be an art form, as those who create music can also be called artists. However, one of the many ways the two converge is through the album cover, which is immediately visible on the album packaging. The album cover showcases the artistry of both the musician and the artist, whether they are one in the traditional sense of the word or not.

Some of the most notable album covers are in collaboration with the art world’s famous stars, like Andy Warhol’s iconic pop-art banana for The Velvet Underground & Nico. The original version of the album comes with an exciting twist – listeners were encouraged to ‘peel slowly and see’ the banana to uncover a bare, pink version of the fruit. Since this was a novel idea during the time, there was a delay in the distribution of the album. The stick-on feature was a painstaking process that could only be done by a special machine. Unfortunately, the reissued albums do not have that special component anymore.

Although it is not yet on the same pedestal as Warhol’s work, Lady Gaga’s collaboration with Jeff Koons is on its way to becoming one of the greatest album art in recent years. The partnership of these controversial artists is a match made in art heaven: Koons’ interpretation of Gaga in the album art is ethereal, like the snippets of Botticelli’s ‘The Birth of Venus’ interspersed in the background.

Musicians also tend to work with other artists to signify a change in their musical direction, but some prefer to stick with their frequent collaborators. For example, Japanese alternative rock band Asian Kung-Fu Generation continues to work with Internet radio host and graphic artist Yusuke Nakamura since their first album in 2003. The artist is known for his beautiful images of girls, often accompanied by animals, in bright yet surreal backgrounds. The same can also be said for Radiohead and Stanley Donwood, who started creating the band’s

album art since 1994 with their EP My Iron Lung. There is no definite style to the artist’s output since he encapsulates the feeling of each album in collaboration with the band’s vocalist Thom Yorke.

More musicians are taking note of partnering with artists, such as Kanye West. The American rapper is like a patron to the arts with his love for the field itself and fashion. In 2007, he worked with Takashi Murakami for his album Graduation. The contemporary Japanese artist served as the art director for the record – not only did he make the album art; he also created the music video for the opening track Good Morning. In 2010, he collaborated with famed visual artist George Condo for My Beautiful Dark Twisted Fantasy. The artist rendered different artworks for the album, but one of the results was eventually banned. The said image is suggestive, so check on your discretion.

1st and featured image from https://pixabay.com/photos/hand-art-design-album-cover-vinyl-2582803/