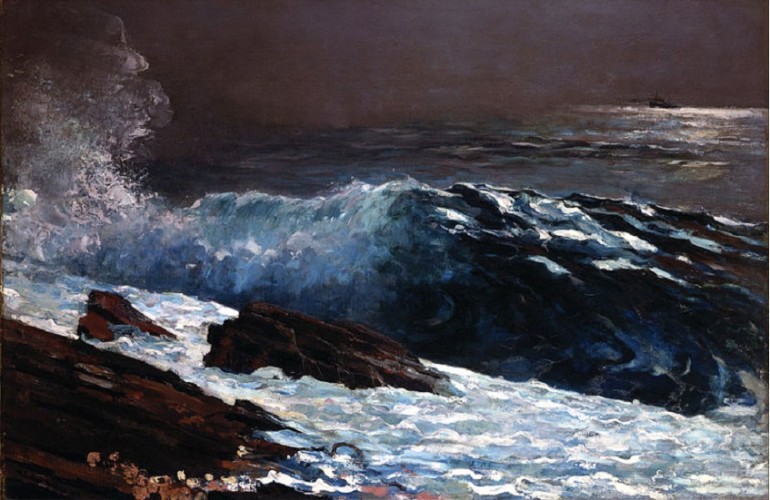 American printmaker and landscape painter Winslow Homer, who was popularly known for his marine paintings, was born on February 24, 1836 in Boston, Massachusetts. He was mostly self-taught and started his career in art as a commercial illustrator before he turned into a freelance artist. Homer was considered as a significant figure in American art and one of America’s foremost painters in the 19th century.

Winslow Homer inherited his artistic talent and his quiet temperament from his mother, Henrietta Benson. She was a talented watercolorist and she gave Homer his first art lessons. Although only an average student, Homer’s exemplary artistic talent was already evident in his younger years.

His father pushed him to go into apprenticeship with Boston commercial lithographer J. H. Bufford at age 19, straight out of high school. For two years Homer worked routinely on sheet music covers and other commercial work. It was a difficult experience for Homer, who later vowed never to have a master ever again. He turned down a job offer from Harper’s Weekly and started to work as a freelancer in 1857 and spent 20 years as an illustrator.

Studio Opening and the War

He was 23 in 1859 when he opened his studio in New York City. He also took formal art lessons at the National Academy of Design. His only teacher in painting, albeit just for a brief period, was French artist Frédéric Rondel. Homer’s knowledge and excellence in oil painting came from teaching himself. He was later sent by Harper’s to the frontline when the American Civil War broke out. 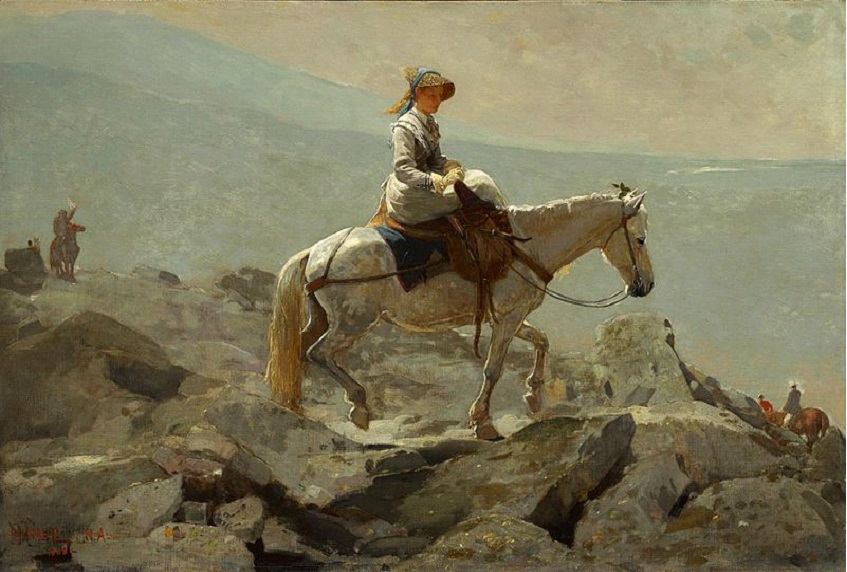 He traveled to Paris in 1867 and although he did not have any formal lessons in landscape painting, he taught himself through constant practice. He depicted life of Parisian peasants, very much like the themes of French artist Jean-François Millet who was a member of the French Barbizon School.

Although his use of natural light is almost in the same manner as the early French Impressionist painters, it cannot be said that he was influenced by them because Homer was already doing en plein air paintings in the U.S and already established his own style that was closer to the technique of Claude Monet rather than Eduoard Manet.

All through the 1870s Homer create many paintings depicting idyllic rural scenes of young people, children and life in a farm. He quit being a commercial illustrator and insisted that he could survive creating watercolors and paintings.

He continued to travel and producing landscapes showing rural life. By 1873 he was creating more watercolors regularly, showing mastery of a very difficult medium. His watercolors were either impressionistic in approach or showed great details. Late in the 1870s he became reclusive and rediscovered his love of the water, creating several marine scenes while staying in the coastal towns of England. Critics noted the change in his style when he mounted an exhibition of his watercolors when he came back from England. Even the women looked fit and fearless.

In 1883 he moved to his family’s estate in Maine, which was very close to the ocean. Homer created most of his large marine paintings while he was there, such as “Eight Bells,” “Banks Fishermen,” “The Gulf Stream,” ‘Mending the Nets” and “Searchlight.”

Homer became almost a hermit during this period in his life, but he established himself as one of the strongest and most original among American artists. But while he was able to achieve critical recognition, his work did not achieve the popularity the traditional Salon paintings such as those done by John Singer Sargent.

In the winter months of 1884 and 1885, Homer traveled to warmer locales such as the Bahamas, Cuba and Florida. He had new subjects, new locations and new people in his watercolors, which, though critically acclaimed, were too advanced for regular art buyers.

His style continued to evolve. His colors became stronger and varied. There’s strength and vigor as well as subtlety and he painted various themes, from solitude to nature scenes to what life is about outdoors. His watercolors showed the marks of invention and quality and he became unparalleled as a watercolorist.