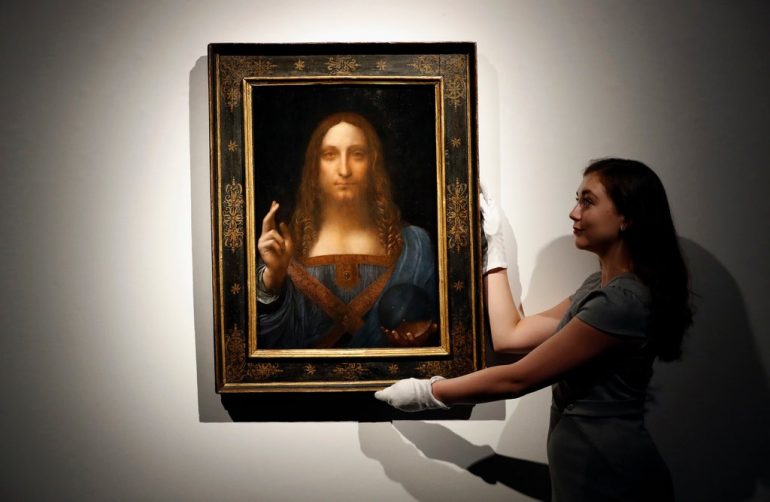 In 2017 the most expensive painting ever sold, the Salvator Mundi, was sold in New York to the Prince of Saudi Arabia at the record-breaking price of $450 million. The world was in awe. Who would pay such an insane amount? When the identity of the Prince was revealed and a lot of people nodded. The Arab world is currently at the cusp of a cultural revolution that aims to promote liberalism in the otherwise ultra-conservative region. And Prince Salman, a self-proclaimed feminist, who finally allowed women of Saudi Arabia to drive cars, is the perfect answer. The painting will or should have been, one of the few jewels that signifies the Arab’s world slowly turning over a new leaf. But then, after cancelling a showing in Louvre Abu Dhabi in 2018, the Salvator Mundi disappeared.

Now there’s a tendency to over romanticize the situation. The painting isn’t officially missing. It’s just that no one has seen it since it was bought by the Saudi Prince. The Louvre in Abu Dhabi cancelled the showing suddenly with no explanation. If that’s not weird enough, when asked where the Salvator Mundi is, the museum refuses to answer any questions or release any official public statement. New York Times reported, however, that the museum’s staff themselves don’t even know where the painting is.

Adding to the mystery is that the painting is suspected to be fake. Critics and even some of Louvre’s experts suggest that the painting may be that of another artist. Their reason being that the orb that Jesus was holding is too transparent to be glass and that Da Vinci is known to be particularly careful about reflections and refraction. The painter-and-scientist was also known for his research in light and optics so such a mistake is dubious. In short, they’re saying that Da Vinci wouldn’t have made that mistake. Some contest that Da Vinci made it that way as a symbol of God’s power. Another theory being looked into is that it was painted by a student and that it may have at least originated from the artist’s own studio.

So clearly, you can already tell that something is afoot here. If the painting is still being contested as a fake by experts, then why did Christie’s give the sale a thumbs up? Why did they choose to defend the authenticity of the painting instead of listening to the critics? And are there any other examples of Leonardo Da Vinci making a mistake related to light and optics? A mistake that can truly be said to be unique, and yet something that the artist would unlikely have committed. Because if there are none then this might likely be a fake. And that you should not be surprised if the Prince got so dismayed about being sold a fake Da Vinci that he threw the painting away or had it destroyed out of anger.

Critics also contest a lot of things about the Salvator Mundi, such as the fingers and that the painting that was supposed to have been painted between the Mona Lisa and the painting of St John had neither the quality of the two other paintings.

The Things That Can Happen

So what if it is fake.? Well, there are a lot of things that can happen if it was fake, one of which is that the Prince comes to the conclusion that the western world sees him as a sucker. The Prince would likely flip his decision to create a liberal Arab world and liberalism in the Arab world will be reversed. Women won’t be able to drive again and the persecution against homosexuals may intensify. It will also give more reason for the Arabs and the Muslims to hate the west, thereby tearing down years of peaceful relations with the Arabs. If this happens Christie’s will all be at fault here. All because they wanted to profit from a painting that may or may not be fake. This may sound like wild speculation, but getting mad that you got sold something that turned out to be a fake is a natural response. The escalation that follows it, depending on whom it was sold to, is also something to be expected. We’re still not quite sure if the Salvator Mundi is genuine or not. Only time will tell.