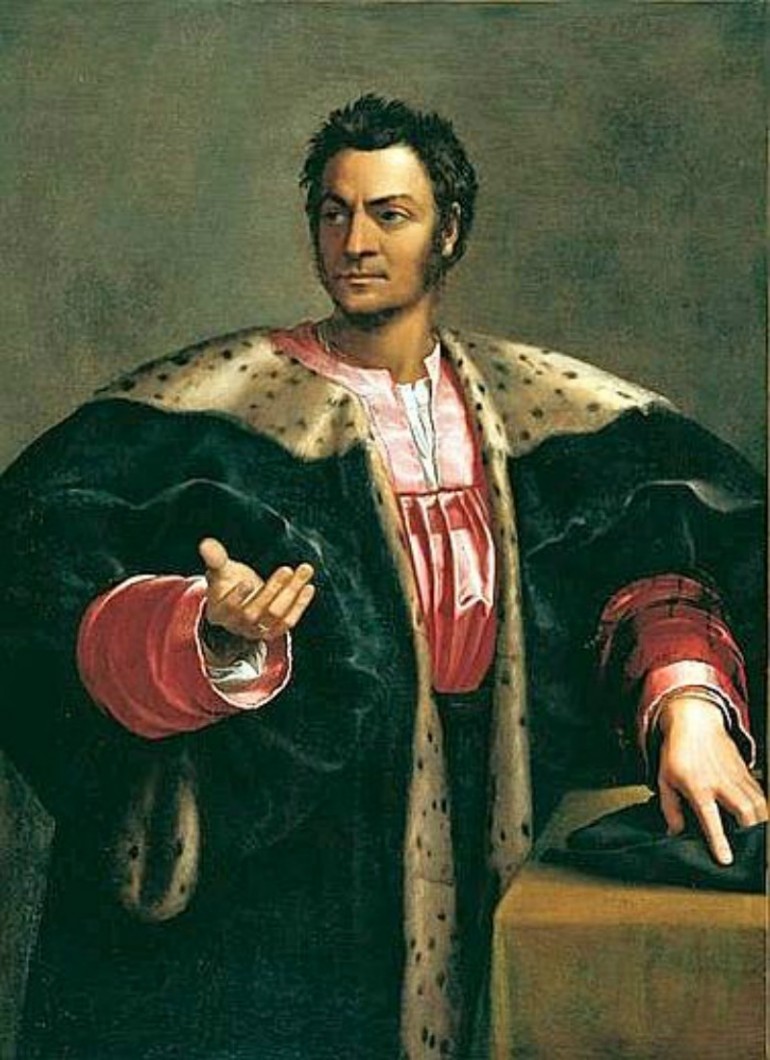 Italian High Renaissance included many well-known artists such as Leonardo da Vinci, Michelangelo, Raphael, Titian, Giorgione and several others. Among them was Sebastiano del Piombo, who was from Venice originally. He was born circa 1485 and was given the name Sebastiano Luciani. His nickname, Sebastiano del Piombo came about when he was appointed in 1531 as the Keeper of the Papal Seals. Piombo means lead, and is the material used for the Papal Seals.

He was noted for his skill in combining the large forms favored by Roman school and the beautiful colorism of the Venetians and maintained respect for colorito, as his way to have an aesthetic link with Venetian paintings. Colorito is the manner in which Venetian painters in the 16th century placed emphasis on color, employing it as a major element of composition as well as to serve the purpose of sensual expressiveness.

Sebastiano del Piombo received training from Giovanni Bellini and was greatly influenced by Giorgione. He was a great portrait artist but was also capable of creating grand frescoes and altar pieces, due primarily to his close friendship with another great Italian artist, Michelangelo. Some of his famous works were the “Portrait of Pope Clement VII,” “The Raising of Lazarus,” “Portrait of Andrea Doria,” “Portrait of Cardinal Carondelet and his Secretary” and “The Martyrdom of St. Agatha.”

Sebastiano Luciani, also known as Sebastiano Veneziano, modified his artistic style to adapt to the style of Rome. He actually started out as a musician before he joined the workshop of Giovanni Bellini, where he learned sketching and painting. He later transferred to the atelier of Giorgione. An important patron of Raphael by the name of Agostino Chigi, a rich merchant from Siena, summoned Sebastiano to Rome, together with Baldassare Peruzzi, in 1511. They were commissioned to create a fresco painting for Villa Farnesia, which was owned by Chigi. His hand could be seen in the painting of “Polyphemus” and the “Fall of Icarus.”

Once he was in Rome, he decided to stay in the city for the rest of his life. He went back to Venice for two years during the Sack of Rome. He was responsible for introducing Giorgione to the Venetian style of painting, which was enthusiastically received in Rome. 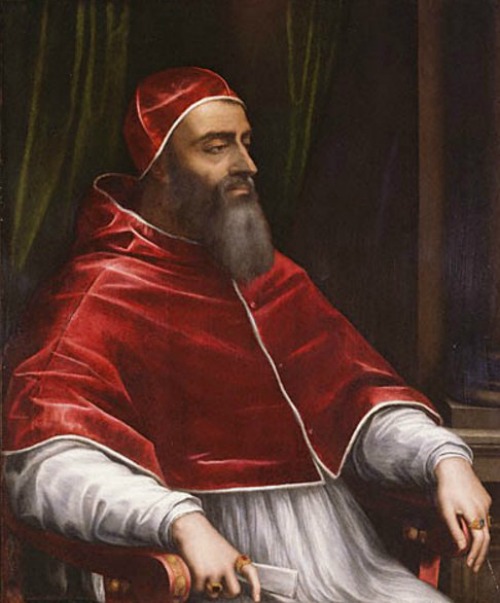 Sebastiano made direct contact with Raphael after completing his work at Villa Farnesia, although he favored Michelangelo’s circle. They became close friends and some of their extensive correspondence still exist. It was believed that Michelangelo provided Sebastiano with several sketches and drawings for the latter’s paintings. Michelangelo was also a godfather to the son of Sebastiano.

Cardinal Giulio de’ Medici of the Medici family of Florence, commissioned Sebastiano in 1517 to create the altarpiece called “Resurrection of Lazarus” for the Narbonne Cathedral. This was supposed to be a counter to the “Transfiguration” that was created by Raphael. He finished the painting in two years while Raphael’s death left his masterpiece unfinished.

After the altarpiece, Sebastiano started work on the “Martyrdom of St. Agatha” in 1520 and finished the “Visitation” a year later. From 1511, the first time he set foot in Rome, and until late in the 1520s, Sebastiano created most of his great portraits. It was only after he was appointed the Keeper of the Seals that his productivity diminished. He had to attend to the Pope and had to accompany him during his travels, leaving Sebastiano with no time to paint. He also took holy vows and received a fixed income.

Sebastiano’s artistic and personal relationship with Michelangelo can be seen in the “Deposition Altarpiece,” especially on the center panel of the “Lamentation Over the Dead Christ” where he depicted Michelangelo’s figurative imagery. However, he also showed the influence of Giorgione and Giovanni Bellini in his work and combined that with his interest in landscapes.

Sebastiano also had several collaborations with Giorgione, including his completion of the “Three Philosophers” and the organ shutters in San Bartolommeo al Rialto church.