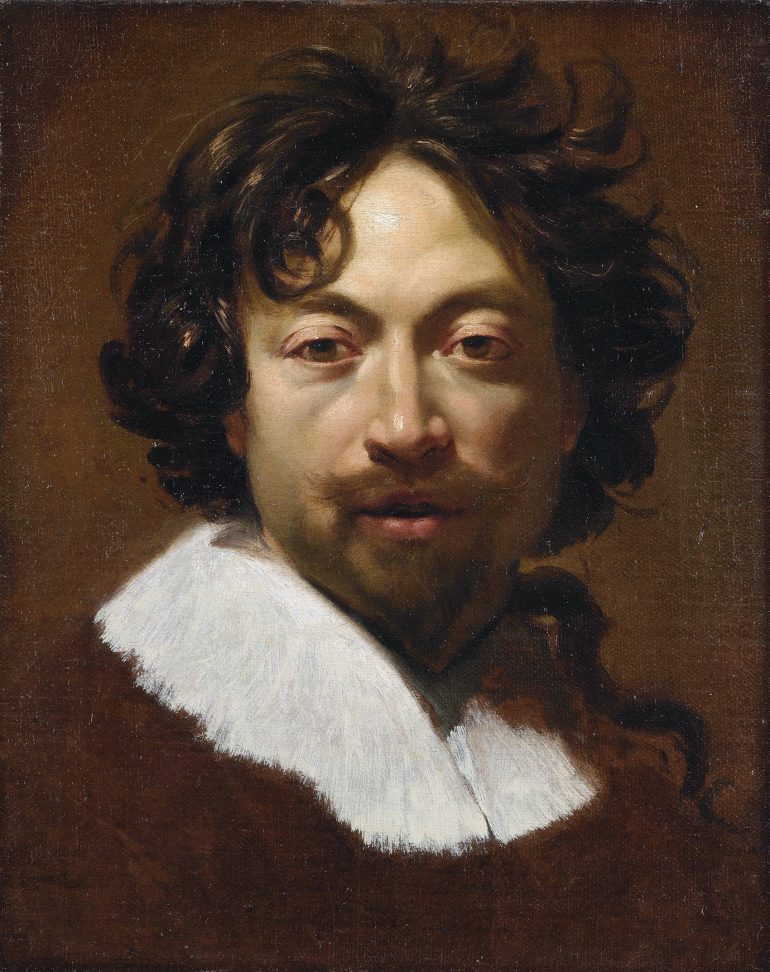 Nicholas Poussin, while he worked in Paris for the King of France, LouisXIII, and Richelieu, had one too many enemies. This was to be expected: the King and Richelieu had nothing but praises for him, skilled as he was, and anyone seeing it would have probably become jealous, especially if you’re the official court painter. So, naturally, this was the situation faced by Simon Vouet. And Simon acted out just like any person of his standing at the time: he and his friends spread rumors and gossips about Poussin. Poussin got so fed up with it that he lied to the King just to escape from it all. You cannot blame Simon for acting out like this: he was just protecting his standing and job. He knew that the king had a taste for fine art. In fact, his career in Paris started out in 1627 because he was summoned by the King himself. And now that the King had a new favorite and in danger of being replaced, of course, he’d be jealous.

Despite how history would have remembered him, Simon Vouet wasn’t some talentless villain though: He was one of the best artists that France could offer during that period and made a lot of great contributions to French Art by founding the Baroque School of Italian Art. He’s one of the founders of the Royal Academy, although, in an ironic twist of fate, he was ejected from the list of members. He was also one of the artists tasked to decorate the Palace of Luxembourg.

In Italy, he formed what would be his own style, forming it by following the art style of those that came before him, such as Caravaggio, Guercino, Guido Reni, Bartolomew Manfredi and Domenichino. He visited its historic and artistic centers in Milan and Florence. He worked and made art there, taking important commissions like altar pieces for many churches in Rome: The Crucifixion, The Birth of the Virgin, and the Circumcision, for example. He even once received a commission from Saint Peter’s Basilica. His style started to mature over time, as he started changing it from Caravaggism to a more Baroque style that would achieve maturity during his time in France.

While in Rome he also received a title from the King of France, as well as a pension from the King himself. There, he also became the leader of the French colony that was in Rome. 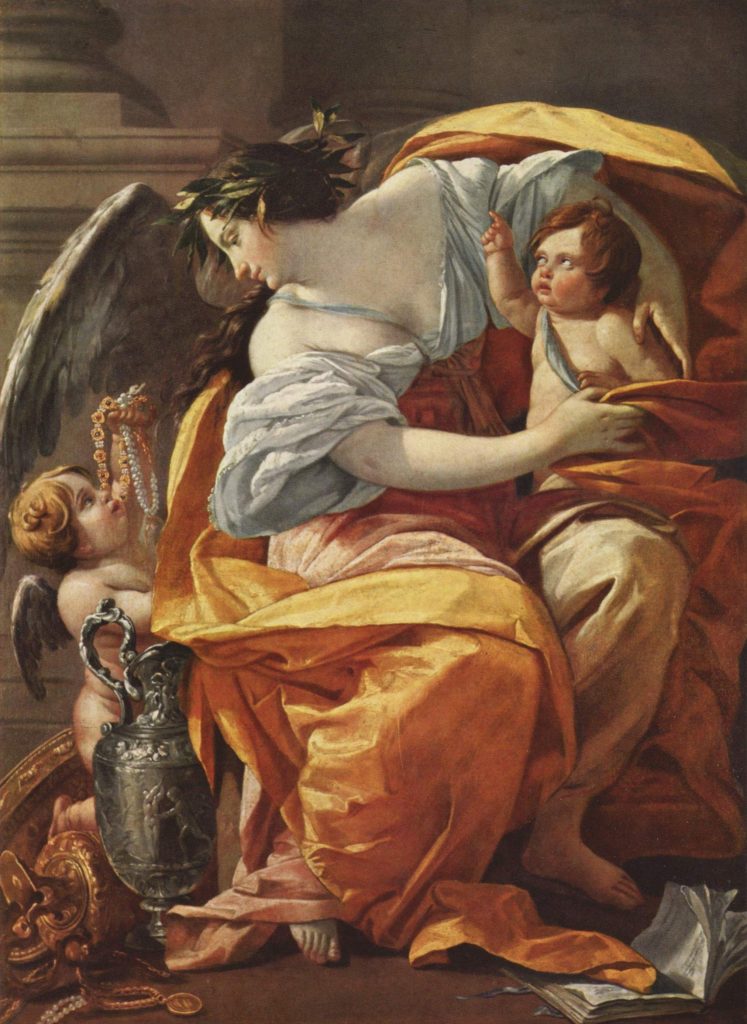 King Louis XIII recalled the painter back to Paris in 1627, shortly a year after the artist’s marriage to Virginia da Vezzo, one of the leading miniaturists operating in Italy, and was appointed as the “Painter to the King.” This boosted his career many times over: he received lots of commissions, so much that he had to collaborate with his son-in-laws’ and brothers’ studios just to get them all done. He became the dominant figure in the Parisian art scene for years. The Hommes Illustres set commissioned by Cardinal Richelieu, for example, was his work. Many of these works were lost in time. Some did survive, however, like “La Richesse“, painted in 1630.

Eleven years after the King has called Vouet back to Paris, Vouet’s wife, Vezzo, eventually died. Vouet remarried to another woman in 1640. That same year, Nicholas Poussin arrived in Paris at the command of Cardinal Richelieu.

After successfully driving away Nicholas Poussin a few years back, in 1648 he helped found the Royal Academy of France but was ejected from the list of members by his own student, Charles Le Brun. He did it to his teacher because of jealousy. Another student of Vouet, Eustache Le Sueur, was on the list of founders too, and Charles eventually chooses to pick a fight with him as well. While all of that was happening in 1649, Simon Vouet, the accomplished painter, and Painter to the King, died.