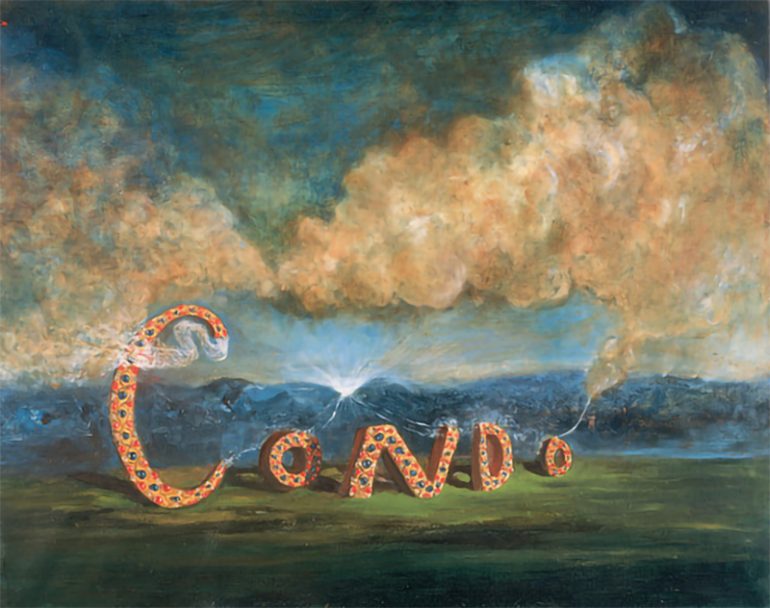 As someone who loves album art, I have become fascinated with the contemporary visual artist George Condo. For those who are familiar with Kanye West’s 2010 album My Beautiful Dark Twisted Fantasy, you might have heard about its controversial album cover of an armless winged female creature straddling a man who looks like the musician. Although that version of the album was banned, Condo created other artwork options. The one that replaced it was a charming image of a ballerina in a black tutu holding a glass of wine. Despite the controversy that caused, it remains one of the greatest album covers of all time.

To get to know the artist better, I watched his documentary for the Louisiana Channel. There are several clips of him on their YouTube channel, but the one titled The Way I Think best summarizes what one needs to know about him. Similar to Pablo Picasso, he showed a promising future in art at an early age. Some of his memorable pieces in childhood were his macabre sketch of a crucifix and his series of bright-colored dinosaurs. He tried to break away from his art background by studying music theory in college but found it too stiff and austere. Instead, he applied what he learned in his process: Condo works fast and follows the rhythm of his pieces.

The artist describes his work as ‘artificial realism’. “I try to depict a character’s train of thoughts simultaneously – hysteria, joy, sadness, desperation. If you could see these things at once, that would be like what I’m trying to make you see in my art,” he said in an interview with The Guardian. Artificial realism could also mean that the painter is creating something realistic while illustrating still all that is artificial in this world. Since the interview was done in 2017, fake news has become commonplace, making artificial realism more apparent in today’s landscape. “Art is the truth, and everything else is a lie,” Condo said.

In the same Guardian interview, he also described his work as ‘psychological cubism’. “Picasso painted a violin from four different perspectives at one moment. I do the same with psychological states. Four of them can occur simultaneously. Like glimpsing a bus with one passenger howling over a joke they’re hearing down the phone, someone else asleep, someone else crying – I’ll put them all in one face.”

The artist is not shy about referencing those before him as well. “The only way for me to feel the difference between every other artist and me is to use every artist to become me,” he said. Condo’s knowledge of artists is impressive, and the way he riffs them can be subtle unless one knows the artist he alludes to. In another video from the same channel, one can watch him work on his piece titled The Bus Driver’s Dream. At the end of the video, he mentioned that his work turned out to be his take on Édouard Manet’s Le Déjeuner sur l’herbe.

There is much to know about George Condo, and these are just snippets of his process that we can also apply to our own.

1st and featured image from https://upload.wikimedia.org/wikipedia/commons/3/3b/The_Cloudmaker.jpeg