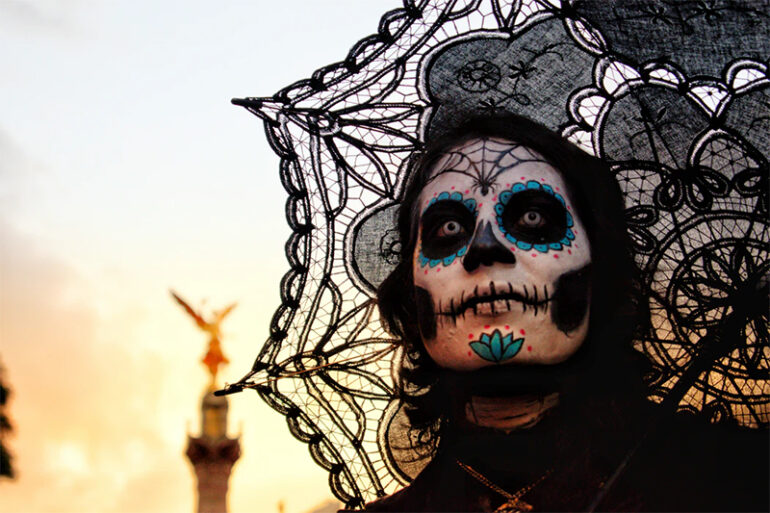 Some may disagree about makeup as an art form. Some will say, “but it’s just makeup. How could it be a form of art?” “You put on makeup every day, what’s so special about it?” What many people don’t know, however, is the time, effort, imagination, and creativity someone exerts when doing their makeup. Drag queen makeup, makeup transformations of famous faces, and show makeup takes a lot of time to complete.

How similar is makeup to painting?

Imagine the face as the canvas. It is the number one similarity between the two. A blank canvas where you can run free with your creativity and produce a stunning work of art. These techniques in painting and makeup cannot be mistaken as quite the same in principle. The use of a medium – paintings use various paint colors, while makeup makes use of different palettes of cosmetics such as eye shadow, blush, lipstick, etc. Blending and mixing colors are techniques used in both art forms. You can’t just splat on paint or a contour stick without mixing or blending it.

The power of makeup

Makeup has the power to boost the confidence of a person. While it is true that we must celebrate every flaw that we have, not everyone has the confidence to show off their God-given gifts without feeling self-conscious about the stares of other people. Makeup can cover any flaw – such as birthmarks, acne, facial deformation or discoloration – and the person will get the confidence they need to present themselves in public. But makeup is not just for covering flaws and making a person look different. Extreme makeup looks such as those that drag queens wear is a whole another level of artistic expression. There are also makeup transformations where makeup artists transform themselves to look like famous celebrities.

In a way, makeup can be used as a tool for deception. We have heard stories of men breaking up with their significant others on the grounds of seeing their makeup-less faces not coming up to their standard and expectation. But makeup should not be construed as a bad thing. It is actually a good medium to express one’s self. If a person uses makeup to deceive, then it becomes a negative thing.

Doing one’s makeup requires skill, much like in painting. Makeup artists spend so much time perfecting their faces’ blending and contouring to achieve their desired look. They don’t stop until they look as good as they envision. Whether it is for everyday wear or for show, putting on makeup is a talent that no one can take away.

Although there is still a small percentage of the population that regards the use of makeup as an attempt to change someone’s identity and appearance, that is no longer the case most times. Makeup artists use makeup as an expression of their imagination and creativity, much like when creating other pieces of art such as paintings, sculptures, music, and poetry.