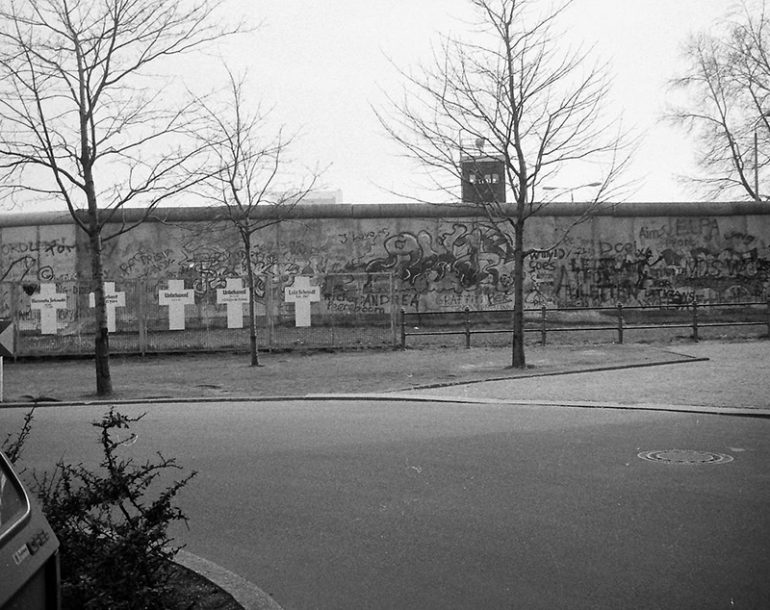 The Berlin Wall is one of the most symbolical figures in the history of the world. Its construction divided one of the most influential countries during the Second World War, and its fall opened the gates to the beginning of a nation-wide reunification. Its erection induced various types of revolutions for political change, and Thierry Noir, who was dubbed to be one of the first street artists to paint on the Berlin Wall, started an artistic revolution on his own.

From France to Berlin

Noir was born in 1958 in Lyon, France. However, he decided to move in Berlin in January 1982. “I couldn’t find my way in France. I was fired from every job I started,” Noir said in an interview with Street Art London in 2013. “So I thought to myself, I have to change something radically in my life. At that time I had heard a lot about West Berlin, about the music.”

Noir lived in a youth center that was very close to the Wall. In fact, his room overlooked the boarder itself.

“It was really aggressive to live so close to the wall. Nothing happened really, but at the same time a lot happened, because this melancholic life was very aggressive against the brain,” Noir said. “I thought I was getting a little bit crazy with this life by the wall, and 2 years after, in 1984, I decided spontaneously to start to make something on the wall.”

Noir received a lot of attention from the residents in the area when he started painting the wall. They were mostly negative ones: they thought he was a spy sent from France. However, Noir’s objective wasn’t even anything close to espionage.

Because getting caught painting on the wall would get him in trouble, Noir adopted an art style where could paint as fast as possible. That is why Noir’s art style was simple and comical, using a maximum of three paint colors per figure. He uses bright and vivid colors, so his art works were very distinct on the wall. 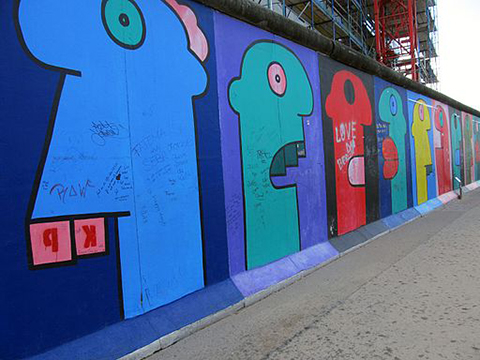 The end of war

On November 1989, the people of Germany started demolishing the Berlin Wall. They used their own tools to chip off sections of the wall while some created cross-border passages that figuratively destroyed the concrete wall. About a year later, on October 1990, the wall was officially destroyed, and Germany was officially united.

Some of Noir’s artworks can still be seen in the remaining parts of the Berlin Wall. Now, with the Wall long gone, Noir spends his time in the East Side Gallery. His art works, although some are long gone, remains a legacy of his artistic revolution.

“It was not a border anymore, so you can’t compare it. It is now more an homage to younger generations, to say look at the wall, the wall was not an art project; please do not repeat the mistakes of your parents.”