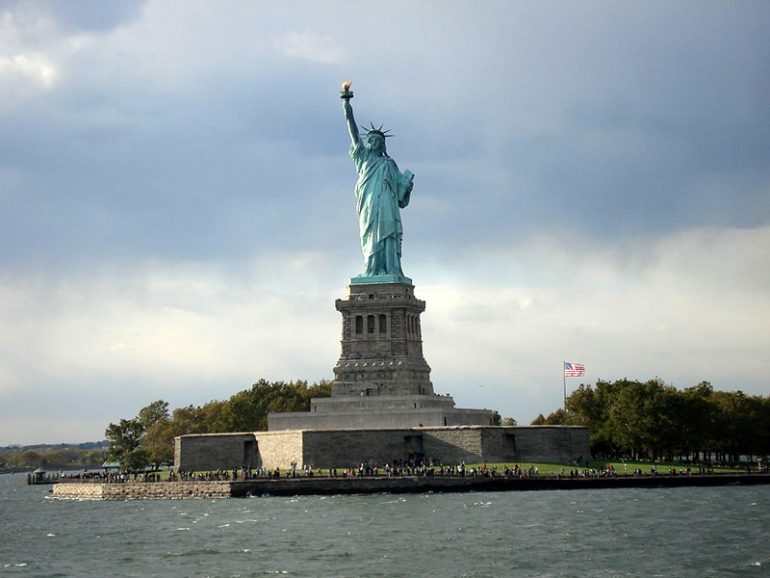 New York City is the most populated city in the entire United States of America, and is the melting pot of anything imaginable. But amidst everything in the concrete jungle of a city, Kenny Scharf, an iconic street artist, strives to turn the walls of New York City into colorful canvases.

Scharf, who is a graduate of Fine Arts in the School of Visual Arts in Manhattan, is an artist of a wide variety of media. “I’ve been making art my whole life,” Scharf said in an interview with The Hundreds. “By painting sculptures, customize, objects, murals… anything. I’m the go-to guy. Bring it to me.”

Scharf, who was born in California, decided to move to New York when he was in his second year college. He wanted to pursue a “more serious” art career, and despite his family’s objection, Scharf followed his dream.

“That’s when my family got worried,” Scharf said. “It wasn’t really considered a thing to do as a living. I feel like a lot of the main subject matter when it comes to art is the value of the art and how much can be made for selling it. And that to me is really sad… I don’t think about money. That’s not my main objective.”

Like all struggles, Scharf’s little strife with his family ended. Today, he is known for his contemporary works of art, ranging from sculptures to huge murals in New York City. Scharf’s art style is characterized by colorful tessellations of either popular icons or characters of his own. 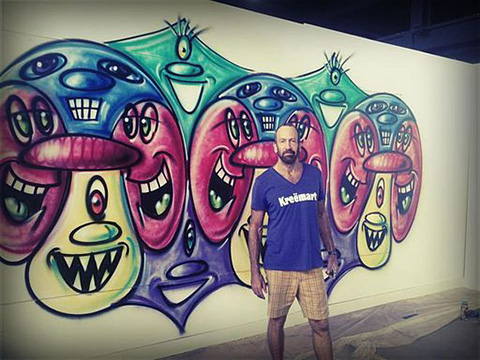 His most notable work is the mural located on a wall in East Village, Manhattan. This mural is over four times the height of an average person and spans the entire intersection of Bowery and Houston Streets in Manhattan. The mural is filled with colorful characters that pop out amidst the busy street.

Scharf has also involved himself in a lot of group exhibitions outside the country. Aside from his fame in California, New York, and various other states in the USA, Scharf has also exhibited his art styles in Germany, Switzerland, Paris, Brazil, Mexico, and Korea, to name a few.

Kenny Scharf is known for his dissatisfaction for staying in one art medium, despite his fame the streets. That is why he is also found actively searching for other art forms to experiment with. Aside from painting and sculpting, Scharf also has a habit of transforming thrift shop paintings. In fact, he has published a total of 24 art books since 1983. His latest publication is dated 2015.

Scharf’s artistic adventures continue as of today, and believes that this is because of the support he received before.

“As a young child, I got a lot of praise for what I did,” Scharf said. “When you’re really young and you love something and everyone says you’re really great, that’s a kind of push. I never really gave it up.”