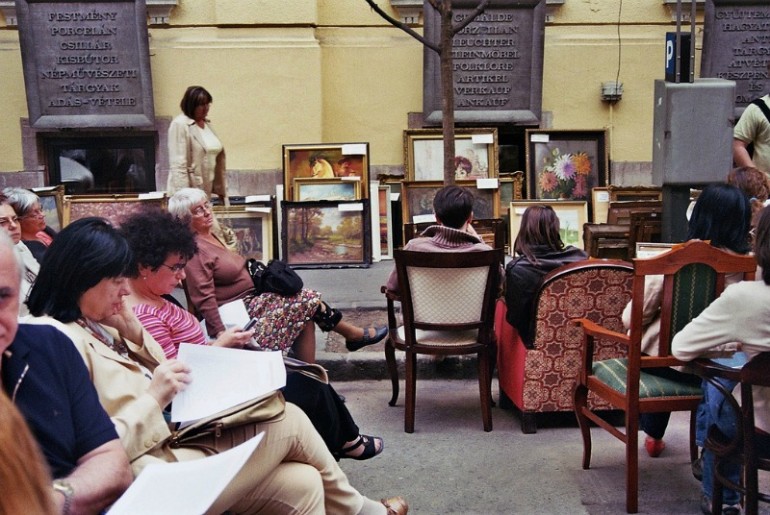 One way for children and teens to express themselves is through art and there are art programs that support this. There are several organizations out there that are committed to mentoring less fortunate but talented youths in developing their skills in art. This includes those who are homeless, neglected, abused and those who come from low income family. One of these organizations is Free Arts NYC, which was founded in 1998. The organization provides art mentoring to children from their early childhood to high school. Hundreds of artists volunteer to teach the kids and support the organization’s goal.

Free Arts NYC has an annual arts auction that aims to raise funds to support the programs of the organization. Artists that made a contribution in the organization are also being honored. The annual art auction was held on April 30 at The Garage in New York City. The event was hosted by Marc Jacobs, the head designer of the label of the same name and Louis Vuitton’s creative director from 1997 to 2013.

The tickets for the annual arts auction were sold out. Even if the rain was pouring on that day, support was also pouring from guests like Justin Theroux, Natasha Lyonne and Gucci Westman, who were only some of the over 400 guests who attended the event. Works by David Ostrowski and Ayan Farah were auctioned and sold. The amount raised was close to $1 million.

Aside from the auction, guests also enjoyed sipping cocktail drinks, having their photos taken (which are by the way posted at Free Arts NYC’s website) and applying temporary tattoos that were made by the honoree of the event, Scott Campbell. He’s also one of the artists who support the organization.

Scott Campbell and His Free Tattoos

Scott Campbell is a tattoo artist that has inked several celebrities, including Josh Hartnett, Orlando Bloom, Courtney Love, Robert Downey, Jr. and Sting. Even Marc Jacobs is one of his clients. His first celebrity client was Heath Ledger, who got a tattoo on his left forearm. It was an image of a flying bird. He opened his very own tattoo shop in 2005, which he named Saved Tattoo.

To give back, Campbell volunteered to be one of the mentors of Free Arts NYC. Prior to the auction, he planned something special and memorable for some of the children supported by the organization. He decided to give free tattoos that were designed by 10 kids in the art program. The children chosen were from the Good Shepherd Services, an agency that is focused in enhancing education, youth development, as well as family relationship.

The children had an art workshop with Campbell on April 12 and 13. Campbell then posted a message on his Instagram account, as well as sent e-mails encouraging people to volunteer for free tattoo, which he himself would do. He usually charges $1,000 for a small tattoo and he’s making all 10 at no charge. However, the catch is that he’s not the designer but the 10 kids who participated in his workshop. The volunteers wouldn’t know what the design of the tattoos would be. They would just see what would be tattooed on them on the actual day itself.

The aim of the project is to let the kids know that no matter what happens; there’s someone out there who believes in them. And that’s the person who had their design permanently inked on their body. It seems that it may not be easy to get volunteers, but more than 250 people actually replied to the post and wanted to participate.

Volunteers were screened and 9 were selected to join in this unique but meaningful project. The reason why there were only 9 volunteers chosen is because Scott Campbell was the 10th volunteer. He tattooed himself with one of the children’s designs. The tattooing was done on his shop. One of Free Arts NYC’s managers, Bernadette DeAngelis, also got a tattoo, designed by Tiana Melendez. It was an image of “Nemo”; the name that Tiana was called before as she had an orange hair. Claudia Glenn Barasch was another volunteer, who is the co-president of an organization that aims to stop violence. She had the Eye of Ra tattoo, made by 18 year old Sherri Daniels.

Art has a huge help in the healing and development of children. It’s great to know that there are artists and organizations that support kids through various art programs.