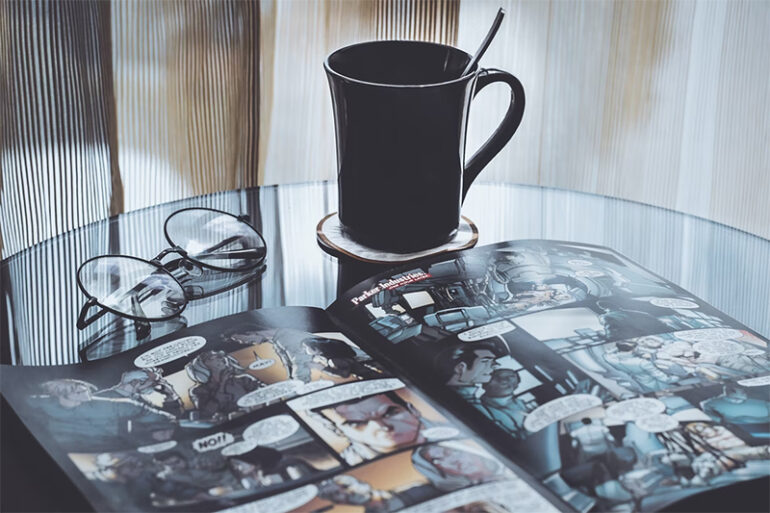 There aren’t many entertainment mediums like comic books that have persisted throughout the decades. Kids and adults alike had gone from reading the likes of Superman and Captain America to the X-Men and Teen Titans despite the relatively lacking literature readership. However, considering the fact that many of the cultural icons of the world come from the fan bases of DC and Marvel.

They’ve also invited the parents’ and teachers’ scorn. With their super-powered heroes, fantasy-building, and otherworldly creatures, they’re like anime as an underappreciated form of art and have never been associated with the more intellectual activities of reading novels. But if you believe in science, it may have a more positive impact on brain power than it’s given credit for.

Positive effects on the mind

Research by language experts regarding comic book reading’s effects on the mind suggests that it can make you smarter. Traditional approaches to education have always made memorizing phonetics, reading text, and translating them into verbal speech mandates for learning a language. But we know now that better ways for enhancing skills in language exist and that doing it solely through text isn’t your only option. It’s also an effective way for appreciating and learning science too, especially for nonmajors.

In a study by Neil Cohen, he explores the basic structure behind the reading of a comic book and how our minds perceive it. The process of looking backward, forward, or revising the reader’s actions plays a role in memory. Moreover, most comics are more complex than people think, boasting interesting and thought-provoking stories through illustrations and colorful panels that will engage people and kids will want to go through.

If you spent most of your time cramming for tests and finishing assignments, you might have potentially missed out on comic book reading. But in today’s modern world, where media consumption isn’t as frowned upon today as it was in the past, you can indulge in it, and you should. If you’re doubtful of how mentally stimulating and relevant comic books are, try watching the Watchman, a film based on a famous graphic novel by DC. It offers a colorful world that’s rife with threats that come from tech giants and dictatorships and filled with existential crises.

Marvel’s more recent movie, Captain America and the Winter Soldier is another excellent film based on a comic. It explores two engaging themes: the necessity of real human connection and the reconstruction of the societal structures supported by totalitarianism. These films show the level of storytelling that comics have always had but were dismissed as nothing more than a fun activity and distraction from more important matters like your studies.

Contrary to popular belief, comic books aren’t merely leisure reading for children. They also have important functions and roles in popular culture and modern society. They can also help improve an individual’s mental faculties and even inspire creativity. So try reading a few comic books. You’ll be surprised at how much you can get out of them.

1st and featured image from https://unsplash.com/photos/4iknJXlUCjo