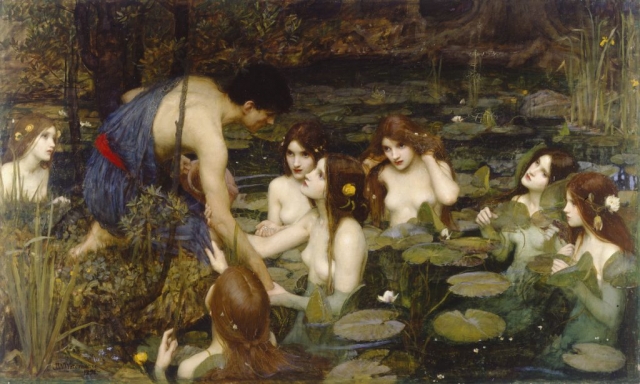 Feminism and PC culture have done much damage to the Freedom of Artistic Expression for the sake of “sparking discussion” and “preventing hate.” The discussions they want seem to be more like one-sided demands to control what modern artists think and feel. For a recent example, there’s the persecution of Scottish Youtube comedian Mark Meechan (a.k.a. Count Dankula) for teaching his girlfriend’s pug how to do a Nazi salute.

It is easy to terrorize the living artists by using the Orwellian disgrace which is the Scottish law system, especially when the presiding judge handling the matter is biased against them. But feminism and PC culture can’t control the voices of those who have been dead for centuries. So what do they do? They, instead, take down their artworks, claiming that it is to “prompt conversation” about how artwork is shown and interpreted.

In what she called “art,” Sonia Boyce and the Manchester Art Gallery went and hid the 19th-century painting “Hylas and the Nymphs,” saying in a blog post that the painting is being temporarily removed so it’s absence can “promote conversation” about the interpretation and presentation of the work. The painting was returned after a backlash, with critics calling it censorship. The Hylas painting was said to have been chosen because, according to the museum, it has been a barometer of public taste, though the painting has not been subject to any controversy in recent memory.

The painting is John William Waterhouse’s depiction of Hylas, Hercules’ friend, who was lured to his death by the water nymphs. This happened during the Quest for the Golden Fleece, in which Jason gathers all the greatest Greek heroes of the age and sailed to retrieve the Golden Fleece, a golden bunch of wool that came from a flying sheep. In the story, Hylas dies after the Argonauts took a rest from sailing and Hercules was so busy trying to save Hylas that he was left behind by the expedition after they have rested.

When the painting was removed a post-it note was left in its place, and it was encouraged to leave notes with the visitor’s thoughts. After it was announced critics were quick to point out how this is censorship.

The Debate They Didn’t Expect 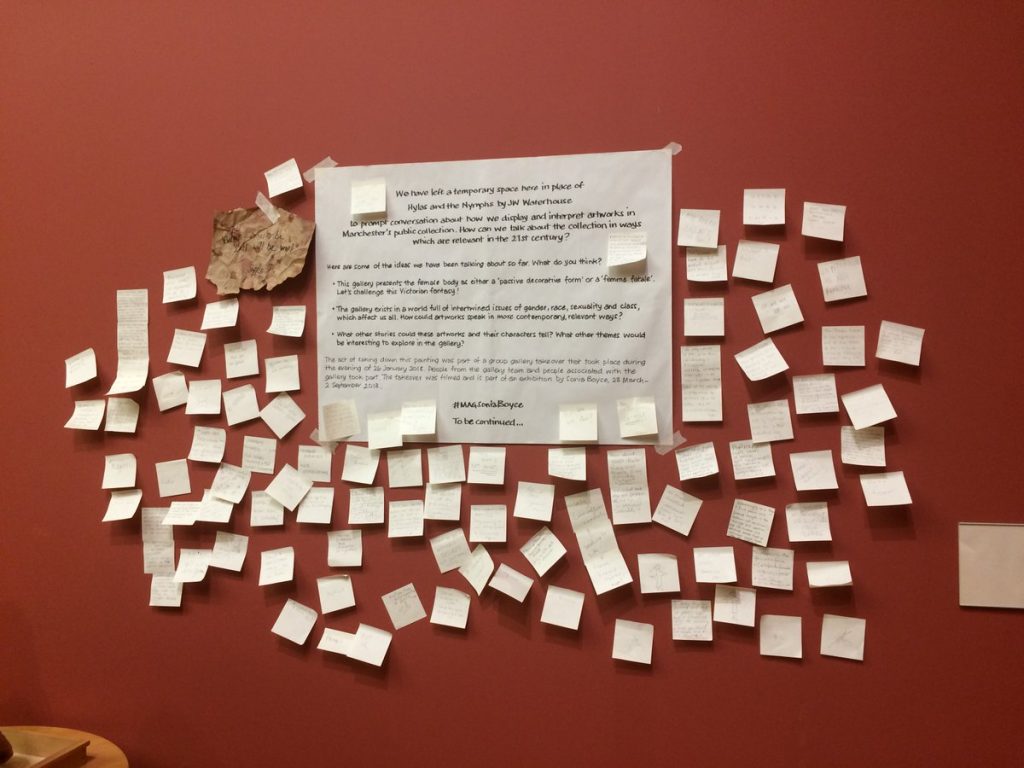 The move sparked a debate, but not the one they expected. Multiple accounts on Twitter have blasted the museum for what is obviously censorship in the guise of “starting a conversation.” One Twitter user chastised the museum for its ignorance, saying that the ones in power in the painting is not Hylas, but the water nymphs, and goes on to say how obtuse rabid feminists are for missing the point.

When the critics started using the hashtag, #MAGSoniaBoyce, to respond, the museum staff was overwhelmed by those who are calling the move as a violation of Free Speech and likening the decision to how Nazi Germany would destroy art and burn books.

Eventually, that left the museum no choice but to return the painting back, claiming once again that the whole thing was to spark a debate and not to censor the painting. Obviously, no one bought the excuse. British news outlet, the Guardian, published an article defending the move claiming that it wasn’t censorship.

The museum and Sonia Boyce got exactly what they were asking for in the end: a large heap of criticism. In an era where many works are being banned and censored, the public has shown that they still do care for Freedom of Expression and Freedom of Speech. Will they try to censor works of art again in the future? Probably. Let us all hope that there will be people who will defend them in the future as well.

Featured and 1st image Hylas and the Nymphs, by John William Waterhouse via Mancester Art Gallery

2nd image, The notes visitors left after MAG hid the painting via Twitter