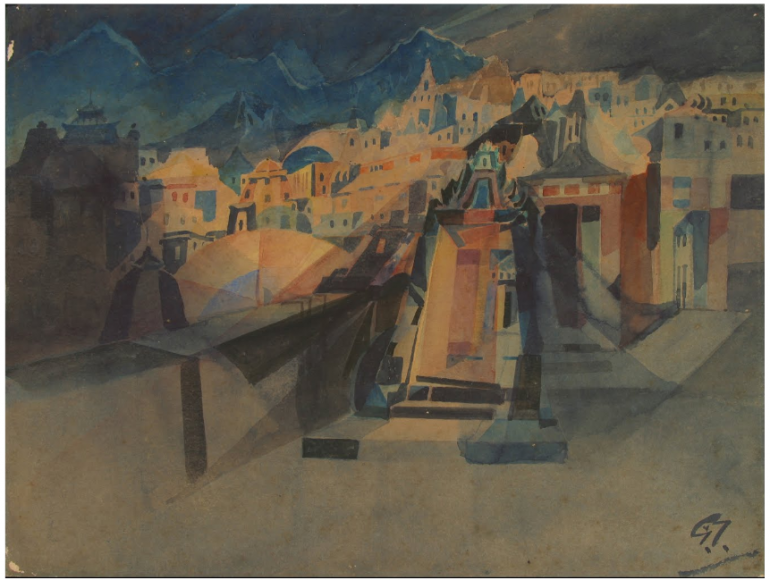 Cubism is a modern art movement that ultimately began in Europe during the early 20th century. It has been considered as one of the most influential art movements of the said century, pioneered by artists like Pablo Picasso and Georges Braque. In using such style, objects are analyzed, broken up and reassembled in an abstracted form to depict them from a multitude of viewpoints—thus showing the object in a much wider context.

However, cubist influence in art was not restricted to Europe. It reached far into the richness of Asian art, most particularly in India. Still, how exactly did the cubist art form come to be in Indian art?

The answer comes in the form of one Indian artist named Gaganendranath Tagore, who was counted as one of the earliest modern artists in India.

Tagore as an artist

Gaganendranath was an Indian painter and cartoonist of the Bengal School of Art—an avant garde and a nationalist movement in India that reacted against academic art styles promoted in the country. While he initially pushed for the movement of the Bengal School, he eventually explored one art style after another, thus pioneering experiments in modernist painting. It is for this reason that he was described to have several phases in his art career, with each bearing a particular style in mind.

The First Phase, which ended in 1911, showed Tagore’s works on Puri landscapes, figure sketches, some scenes from Calcutta, portraits, and ‘My Reminiscences’ illustrations. Some of the latter were done using techniques with the Japanese brush. The Second Phase (from 1911 to 1915) consists of the Chaitanya series. It also includes other paintings that were done from his imagination that includes the Pilgrims series. The Third Phase (from 1915 to 1921), on the other hand, comprised of Himalayan paintings and caricatures.

Tagore finally began his Cubistic experiments in the Fourth Phase (from 1921 to 1925), done in color and black ink. The results of his experiments ultimately culminated in the Last Phase (from 1925 to 1930) showing the Post-cubistic paintings which were mostly done in black and white. 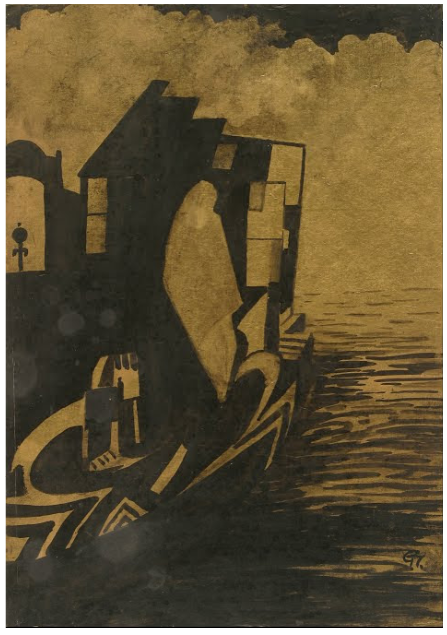 Gaganendranath can be considered as the one who introduced cubism in India through his modernist experiments with the said style. Instead of strictly following the cubist art style, he actually blended it with his own style which was already far from the traditional Indian type of art. Unlike his contemporaries at that time, Tagore worked with light and space in his paintings, two concepts that had never been used in Indian painting before. Coupling this with cubism, which mostly emphasized simplicity and structure, he sought to combine structure, the stark simplicity of form, light, space, and surface design in a coherent whole.

However, his cubist paintings became a major issue for some critics who debated over the validity of this influence on an Indian artist in light of the nationalist art movement in the form of the Bengal School, which Tagore was part of. Despite this, there are some who have acknowledged the cubistic influence on Tagore’s paintings in the last two phases of his artistic career.

Stella Kramrisch, an American art historian who specialized in Indian art and Hinduism, commented that while Indian Cubism is a paradox due to the stark contrast of the two styles, Gaganendranath Tagore successfully reinvented Cubism by evoking and then tracing formal tendencies. She further asserted this point by saying that although Cubism was ultimately discovered in Europe, its simplicity in a formalist way was neither significantly different nor unique from the objectives of the other forms of non-illusionist art. Hence, Tagore’s already simplistic style using light and space worked well with the cubist style.

Tagore as a modern Indian artist

While Gaganendranath Tagore had been very radical with his art style, it is this radicalism that made him a modern Indian artist. This radicalism was evident in the following:

Furthermore, even though it was said that Cubism was only a passing phase in Indian art, the existence of the cubist works of Gaganendranath’s student, Prosanto Roy, says otherwise. Thus, Gaganedranath’s contribution to modern Indian art cannot be ignored for these reasons.

Featured and 1st image Dwarkapuri, by Gaganendranath Tagore via Google Arts and Culture

2nd image The House of the Dead, by Gaganendranath Tagore via Google Arts and Culture