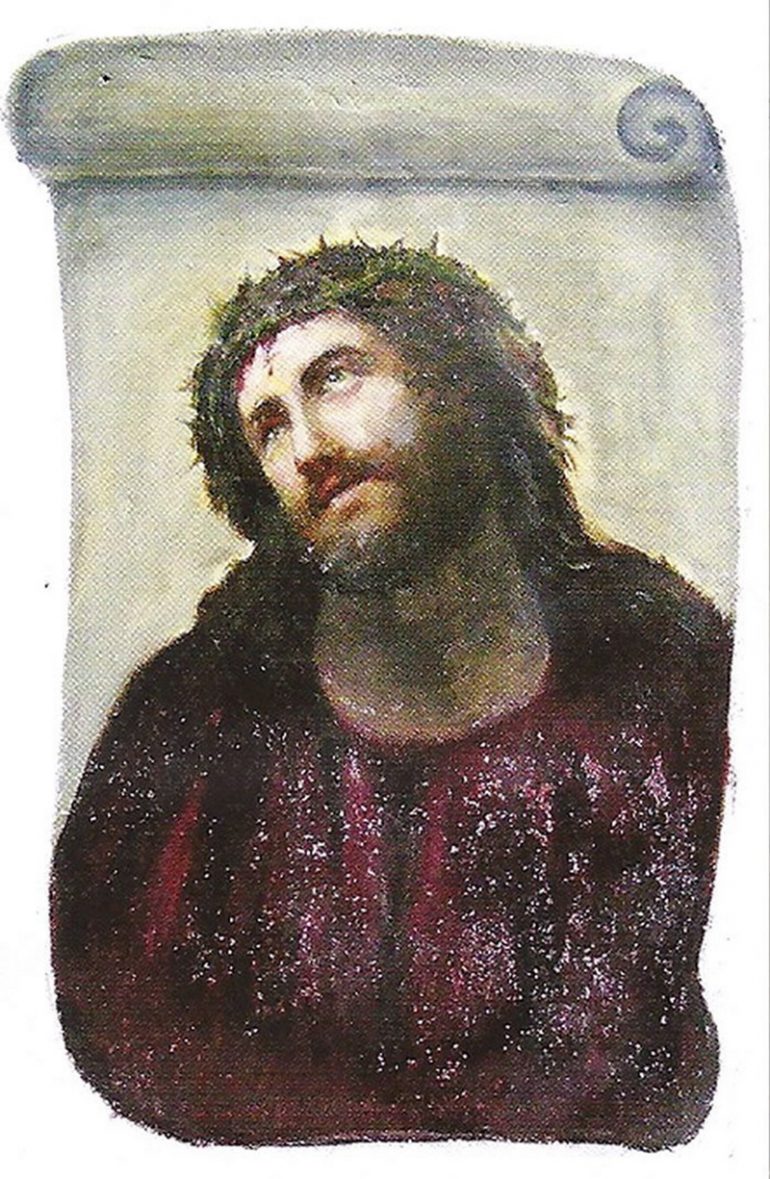 It is the greatest modern case of botched painting restorations. Search the phrase “worst art restoration” in Google and you’ll get this result. It was even suspected as a case of vandalism before the facts came out.

The shock of art officials of Borja in 2012 can’t probably be described in a few words. They might have resorted to stoning to death the elderly woman, Cecilia Giménez, who was in her 80’s, if the law had allowed it. Nonetheless what’s done is done and according to one news, this accidental destruction of art has said to have saved the Town of Borja, in North-Eastern Spain.

The story was that the Ecce Homo fresco of Jesus, with a crown of thorns on his head, is starting to flake because of moisture on the walls of Santuario de la Misericordia and old Cecilia was very concerned about it. The work, she said, is her favorite representation of Jesus. So she went ahead and got the approval of the local clergy to restore the work when in fact she has no training in restoring art. Report said she had worked slowly. Until the summer of 2012 where she went on a holiday and was not able to finish the work. 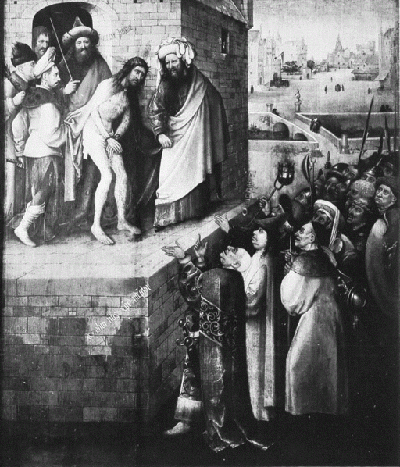 And despite good intentions, and working in broad daylight, using an old picture of the work as a basis, the result is less than a child’s artwork using crayons, a devolution of the original art. And it all came to light in August of 2012 when the great-granddaughter of Elías García Martínez, the original painter, had proposed to make a donation for it’s upkeep.

News traveled fast in the internet and soon it was the talk of Spain and the rest of the world. The painting isn’t all that important but since its someone’s fail, the internet deemed it’s worth a laugh. And laugh they did. Making memes and calling it names like Ecce Mono (“Behold the Monkey”), “Potato Jesus” and completing its face by drawing the face of a lion instead are just some of the things people did. She practically became the greatest laughing stock of the art world. She can’t eat and was really depressed. She feared Martínez’ descendants would sue her. But apparently they didn’t.

Not only did the work claim international fame but it received fans. In what can be as one of the greatest case of irony in modern era, thousands flocked to Borja just to see the painting. It was so famous that Borja suddenly became a tourist spot. They started asking donations, selling merchandise and T-Shirts with the ruined art’s picture on it. A very grotesque example of humor people have about the divine. And it is selling thousands, which is why she put a copyright on it.

In a disgusting turn of events of greed, Cecilia went ahead and charged the Church for it, demanding royalties for the very art she destroyed because everyone else was trying to take advantage over it, even though it wasn’t hers or theirs in the first place. Borja’s Church officials simply agreed and the report said that Cecilia will be getting 49% of the total revenue.