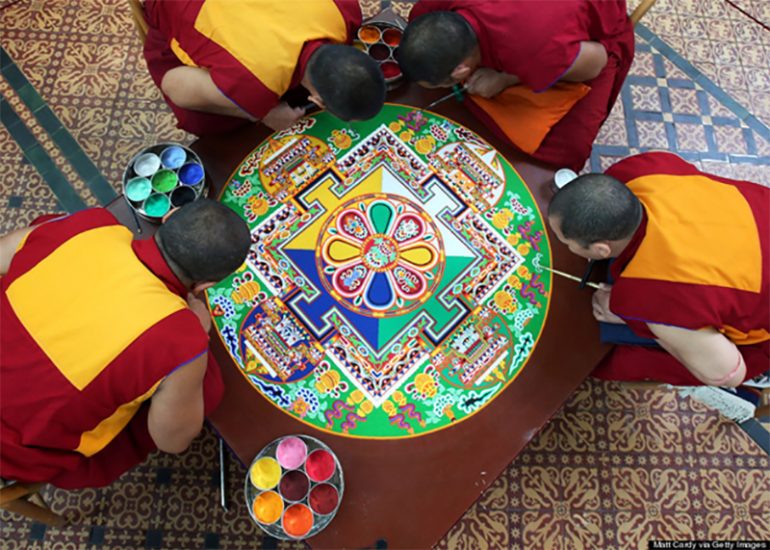 Eternal recreation of eternal minds, formation and transformation – these was the definition provided by C. G. Jung about Mandala. Literally, a Mandala is the Sanskrit word for circle. And this shape has several figurative meaning especially in terms of personal and spiritual development. This symbolism is both popular in Hinduism and Buddhism in which it represents the universe or the wholeness. It represents the connectedness of one’s life to the divine or infinite. It is also the world within the mind and body, and the outside world.

Does it sound confusing to you?

The Mandala’s intrinsic splendor and deep meaning captivates many cultures and people. It offers connection to one’s self: to the person’s soul. Thus, this ancient symbolism provides alternative for healing, for exploring and for reflection.

In typical use, these have become the generic term for any chart, geometric pattern or diagram representing the physical universe and the metaphysical cosmos. Fundamentally, a mandala is depicted as a square having four gates and in it, a circle that has a center point. This circle with center point is the depiction of creation reflecting the connection of the micro to the macro in this world.

You can see this pattern almost anywhere, especially in nature and even in the realms of astronomy, biology, chemistry, geology and physics. Everything around you goes in circle – you have a cycle within the environment, within the vastness of the cosmos and even your life. Consider what experts call food cycle, water cycle, life cycle and so on. Consider the atoms within you and around you, the cells that make you up. They are all in circular manifestation and thus, they are all Mandalas. From the smallest atom to the universe – you will see the connectedness and this is Mandala in the works. 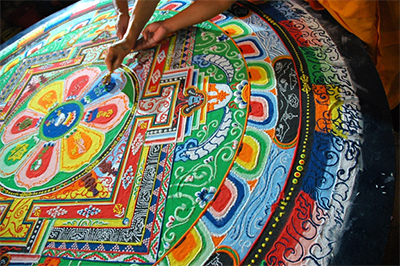 The pattern also includes gates, which are generally T-shaped. Mandala usually displays radial balance. The term “mandala” is said to appear in Rigveda (an ancient collection of hymns of the Vedic Sanskrit, which is a sacred text). In fact, it is one of the sections in that collection. Its origin can be the reason why it is widely used in major philosophies, religions and even western traditions. 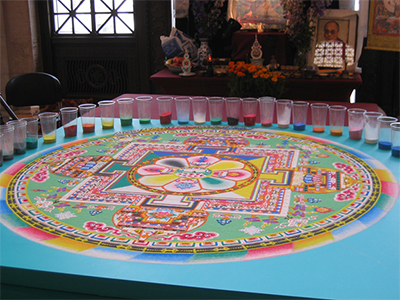 Mostly, Mandalas are associated with spiritual and divine traditions. There are several uses for a mandala. Its design is intended to appeal visually in order for the mind of the practitioner to be “in the zone” in the person’s mind as well as in getting rid of any unwanted and irritable thoughts. This will ensure that the person will be able to induce trance and engage with the spiritual essence. This in turn will allow the person to be in a higher awareness or consciousness. This can lead to the busy mind of the practitioner to rest and let the creative mind to take over and run free. One can think that the mandala is a way to enter and be in deep meditation in order to achieve knowledge from the inside.

Mandalas’ rounded designs are the wholeness and unending life. This caused it to become spiritually significant to groups or even individuals. The Hindus can be the ones where mandalas began, but the modern mandalas today are the ones created by the Buddhists. Nevertheless, the symbolism can differ depending on where the individuals belong in terms of their religion. For them, the mandalas are more than enough tools for meditation that permits them to feel oneness with the universe. Studying the mandala is not enough to experiencing being one with nature, with the universe.

It is possible to design and create your own Mandalas in which the design will symbolize your life journeys. It can represent a storyteller of one’s journey, one’s path that can reveal something beneficial and surreal.