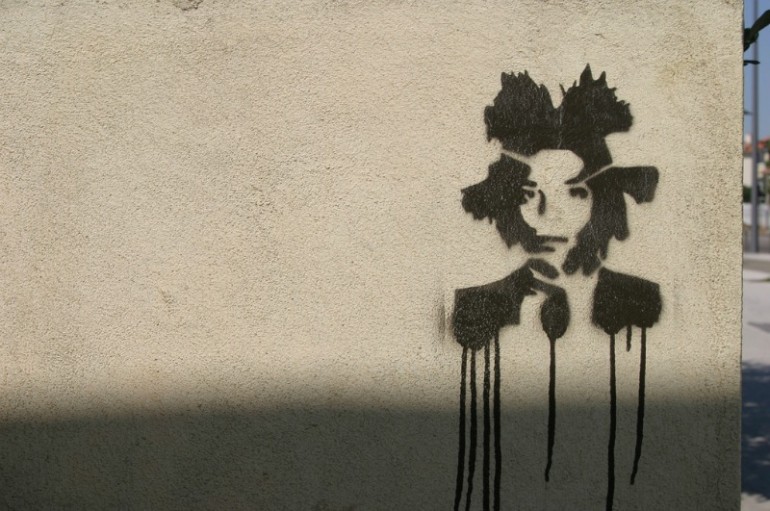 Jean-Michel Basquiat is a self-taught artist from Brooklyn, New York. He was born in 1960 to a Puerto Rican mother and a Haitian immigrant father. Because of this, he became fluent in the French, Spanish, and English language. His fluency in French served as a catalyst for his wide reading of French symbolist poetry which impacted his work greatly. At a young age Basquiat learned to draw and paint with the encouragement of his mother and the papers his accountant father brought home. He was also exposed into the arts early on because of museum exhibits that he often attended with his mother. At the age of six, he became a junior member of the Brooklyn Museum.

Basquiat lived with his father upon the divorce of his parents. With the physical and emotional abuses he got from his father, Basquiat ran away from home. He attended school irregularly and eventually dropped out at the age of 18. He experienced living on the streets and sleeping on sidewalks. In order to support himself, he sold post cards and shirts he adorned with his art.

His art emerged from the Punk scene of New York City. Punk refers to the movement in the arts which was most dynamic in the late 1960s to the 1980s. It was otherwise called, “Downtown” which reflected an urban counter-culture that espoused alternatives for the normative and conventional lifestyle. The artists involved used pop art, urban graffiti, radical performance art, feminism, “Beat” poetry, advertising, rock-music and other popular culture marvels as their primary influence.

SAMO, an acronym for “Same Old Shit” is Basquiat’s then pen name when he first gained attention. The art of SAMO was a late 1970s collaboration with a friend where they drew and wrote cryptic messages on subway trains and several buildings in Manhattan. By the 1980s Basquiat rose to fame when his work was featured in a group exhibit. His work containing stick figures, words and animals were embraced by the public. His re-introduction of figures of people and animals in a time where abstract art was the trend made his work exceptional. “Soon, his paintings came to be adored by an art loving public that had no problem paying as much as $50,000 for a Basquiat original.”

The celebration of Basquiat’s work in the elitist art world is a testament of the few instances that the American Punk scene of the 1980s that showcased a counter-culture though graffiti-art was recognized and acclaimed as a legitimate practice of art. In this scene, Basquiat came to know his idol Andy Warhol. Warhol served as his mentor and the two collaborated on a few works.

The emergence of the Neo Expressionist movement in the arts catapulted Basquiat to fame. The appeal of new art and new ways of expression which were very much reflected in his work which people wanted to see. His work that was truly unlike its predecessors has made him different. He is one of the most celebrated “naif” painters of the Neo Expressionist movement. Naif painting is characterized as works of art that are intentionally made to look naïvely drawn – reminiscent to primitive cave men drawings. They are also often described and likened to the drawings and scribbles of a child. 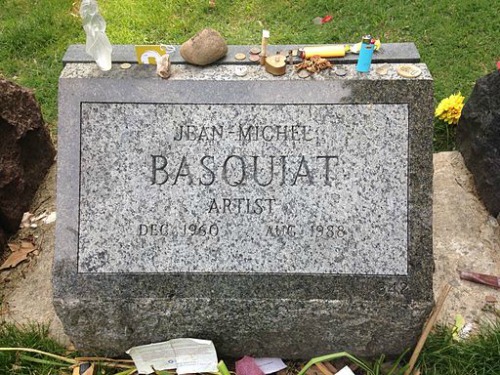 As Basquiat rose to fame, so did his personal woes. He struggled with drug addiction, and on August 12, 1988 he died of a drug overdose at the age of 27. Some people viewed the dangers of artistic and social excesses as the cause of his short life and stint as an artist. His speedy rise to fame and stardom pushed him towards a downward spiral and plummet down with his drug abuse and untimely death.