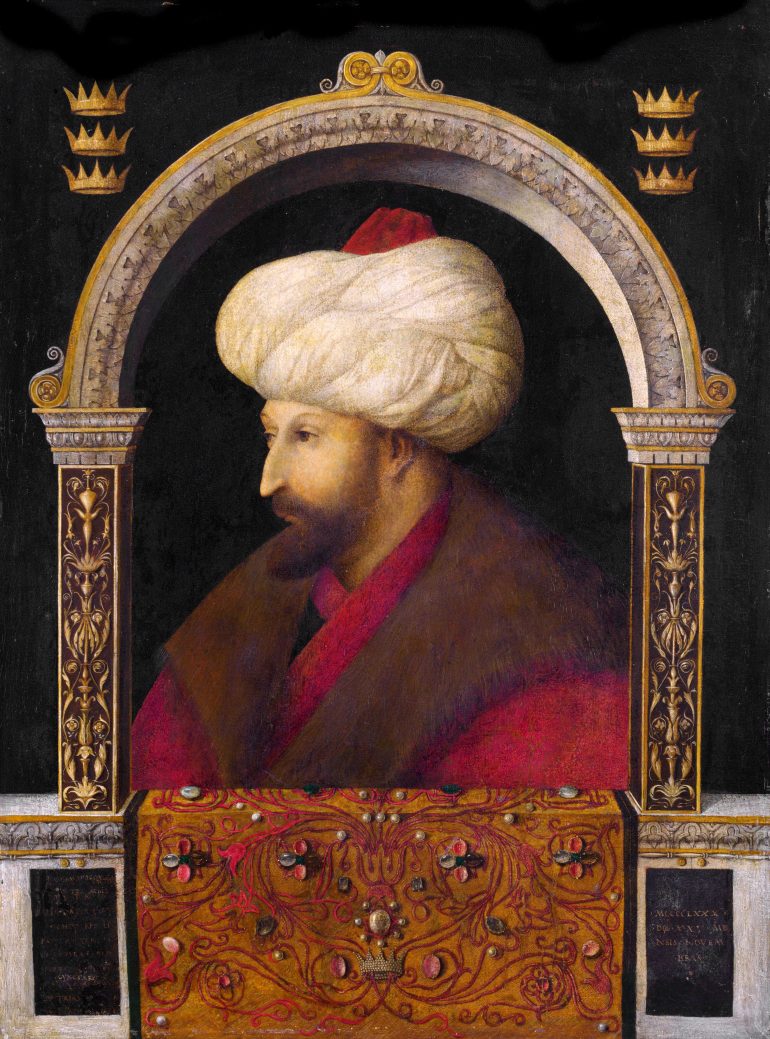 There are a few Old Masters who turns out to be related. One such pair is the Bellini brothers, Giovanni and Gentile, who are Venetian painters during the 15th century. Their family was well-known during their era, with their father, Jacopo Bellini, being an Old Master as well as a student of Gentile da Fabriano, another Old Master who lived in Italy during the early Renaissance.

Of the two brothers, Gentile Bellini was the one with the lesser achievements but was a Master nonetheless. He and his brother learned art from their father, and continued working with his father and brother until he entered his thirties, In 1465, he left to begin a solo career and in 1466 he entered a contract with the San Marco School to paint on the doors on the case of their organ. He also received many commissions from officials of Venice. These commissions helped build his reputation as an artist, though many of these works didn’t survive the test of time. Such works include many of the paintings he made for Doges Palace.

By 1469 Emperor Frederick III gave him Count Palatine as title and in 1474 he became Venice’s Doges’ official portrait artist.

Ambassador of Culture to Constantinople

Gentile Bellini is best known for the portraits he made of the Venetian Doges. He’s also known for other works such as the Procession of the Relic of the True Cross in St Mark’s Square, commissioned by someone for the  Scuola Grande di San Giovanni Evangelista’s Grand Hall and was painted in 1496. The commission includes 8 other paintings by several other master artists during that era. The painting’s plot revolves around the miracles believed to be by what the people believed to be a fragment of the True Cross, the cross from which the Christ has been crucified on. The fragment was donated by Cyprus’ Chancellor, Philippe de Mézières.

Another work he’s known for was the Miracle at San Lorenzo Bridge which has the same subject as the Procession. This time, it involves the event where the fragment fell into the river. In this painting, he painted the men of the Bellini family as a gathering of gentlemen viewing the miracle. Both he and his brother, Giovanni Bellini, was also there.

The very last one, St Mark Preaching in Alexandria, was never finished by Gentile: he died before the work was completed. There’s a weird story behind this: experts agree that Giovanni didn’t want to finish the work. Gentile’s will includes a clause that Giovanni is inheriting from his brother a set of priceless drawings if Giovanni completes the painting. The agreed-upon story is that before Gentile died, he asked his brother to finish the painting, most likely because he knew he was about to die. Giovanni refused for some reason and Gentile promised his brother the drawings should Giovanni finish it. Giovanni accepted these terms and finished the painting, though he did make a few revisions to it.