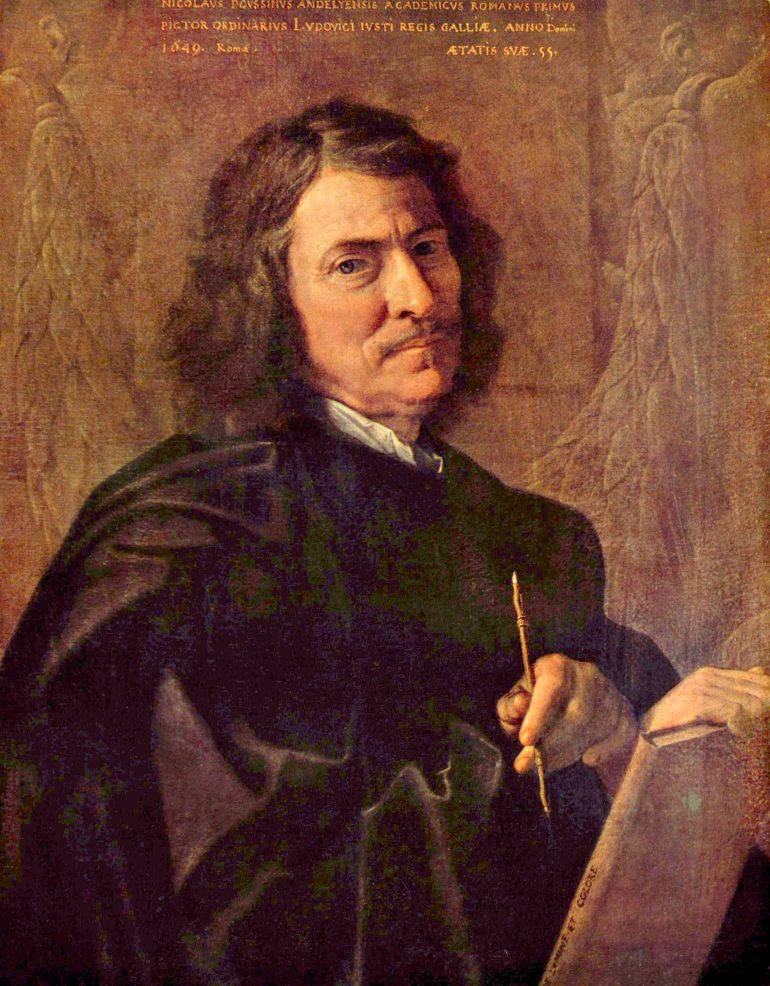 Nicholas Poussin was a French Old Master who once excelled in the Baroque style, but gave up the style after a disastrous event, and preferred to paint in Classicism instead until his death. He mainly painted mythological, historical, and religious subjects. Operating mainly in Rome until his death in November of 1665, he was known to have started the French Classical tradition after being inspired by both Greek and Roman mythologies.

Nicholas Poussin was born in June 1549 in a town near Les Andelys, Normandy. He was taught Latin but showed talent in drawing instead. Pretty soon he got noticed by a painter who was visiting Les Andelys from 1611-12, Quentin Varin and Varin expressed his wish to teach the young Poussin. Poussin learned and by the age of 18, he left his home for Paris to further his study of art. Before he got there he made a small stopover in Rouen, where he worked for Noel Jouvenet. When he finally reached Paris he worked and studied under Mannerists Ferdinand Elle and Georges Lallemand, greatest French Mannerist of his time. While in Paris he got to know other works by Italian Masters, especially the engravings by Marcantonio. Marcantonio’s works had a profound impact on Poussin that he attempted to visit Rome twice between 1619 and 1622. Both of which, failed.

During all this time in Paris, he was working with the Jesuits and was taking commissions from them and the Archbishop of Paris. For the Jesuits, he worked on six large paintings and for the Archbishop, he was tasked to paint what came to be as The Death of the Virgin for the Notre-Dame Chapel. The painting went missing during the onset of the French Revolution afterward: apparently, it was hidden in the Louvre, sent to Brussels, and was hidden in Sterrebeek where it remained until 2000. He also collaborated with Philippe de Champagne and accepted commission work for a set of drawings from Giambattista Marino based on Ovid’s mythology. It was he who encouraged Poussin all the more to visit Italy. Twice Poussin made an attempt to get there, twice he failed and turned back for some unknown reason. But finally, in 1624, after he went to Venice to study Renaissance art, he finally arrived at the city of his dreams.

Poussin’s arrival in Rome marked a change in his life. After deciding to settle there he began a grueling one year where he had no money. Poor he maybe he didn’t let that discourage him and started to paint several religious and mythological works to attract potential sponsors and commissions. During this time he painted the Martyrdom of St. Erasmus as an altarpiece for one of the St. Peter’s Cathedral chapels, a work that he was counting on to promote his name in Rome.

It didn’t work. People were so unimpressed by the Baroque style painting that he even lost a commission to another artist. It failed to give him the exposure he was desperate to get. Finally, he fell sick. Alone in Rome, with no one to turn to, poor and riddled with a disease it seems that this is how he’s going to meet his end. Except he didn’t. Instead, he was rescued by a woman: Anna Maria Dughet, the daughter of Jacques Dughet, a French cook and restaurant owner. Anna took care of Poussin while he was sick and he fell for her. This is how he became a member of the Dughet family. So he marries her immediately after he recovered.

Meanwhile, Poussin became so disillusioned with the Baroque style that he dropped it and picked up Classical as a new style instead. He began to paint for private collectors, some of which fell into the hands of Cardinal Barberini, a member of one of the most powerful families in Italy at the time. In 1635 his fame even managed to reach back into Paris, where Cardinal Armand Jean du Plessis Richelieu was so impressed that he asked Poussin to make two more for him: the Le Triomphe de Pan and Le Triomphe de Bacchus. Richelieu was once again impressed and Poussin continued to accept work from him since. By 1639 he was invited to work in Paris for the King, Louis XIII, and Richelieu. He declined, but Richelieu won’t have no for an answer. So Poussin left for Paris after they demanded that he works for them, leaving his wife home, and arrived in France in December 1640.

Paris And Back Again 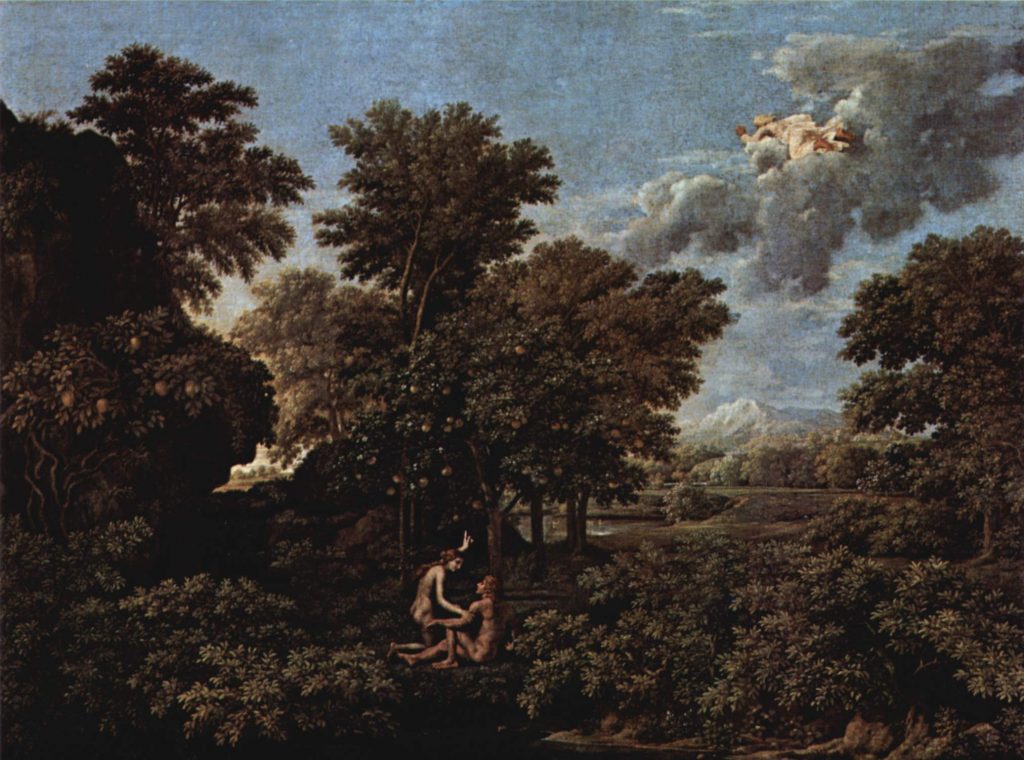 It was a short visit and it was one he didn’t like: not only was he unfit for the tasks set upon him but the King’s court is riddled with politicians scheming. He did, however, manage to finish plenty of the work given to him, although there are some which he didn’t. Simon Vouet, First Painter to the King, and his allies were jealous of the King favoring him. Getting sick of all the intrigue being tossed at him by Vouet’s clout, he eventually lied to the King that he may be allowed to go back home in Rome and fetch his wife. When he got there he never showed any sign that he has an intention to go back to Paris. Luckily, Richelieu died in December of 1642. The King died soon after.

Back home, he was finally able to finish the Seven Sacraments collection of paintings that he started before leaving for Paris. He continued to paint in the Classical style, from The Holy Family on the Steps to The Holy Family in 1650, to The Four Seasons, he showed to everyone that he was, indeed, one of the leading painters in all of Europe. After finishing The Four Seasons collection for Richelieu’s nephew in 1664 the artist finally died at the age of 71 the following year.