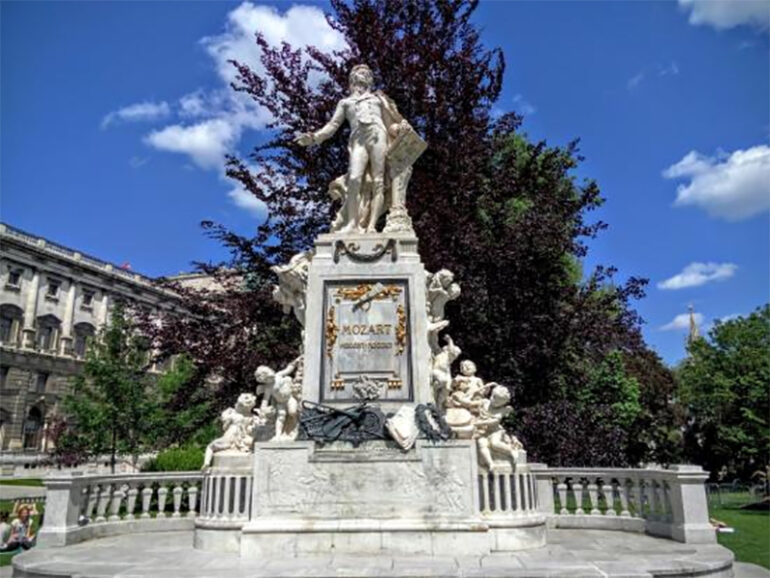 There is no doubt that Mozart is one of the most famous composers of all time; his works spanning generations of composers and music lovers alike. It is a well-known fact that he started making music at a very young age and composed over 600 musical compositions in his sadly short lifetime. But during that duration, his life was filled with excitement and turbulence as well. To this day, even the younger generations recognize and acknowledge his significant contribution to the world of music. He has been an inspiration to many, and his works have been often used in films because of their power to enhance and capture the specific themes directors have in mind.

But while we all know who Wolfgang Amadeus Mozart was, there was a lot more to this great composer that you may find quite interesting.

His father was a musician

Mozart’s father, Leopold Mozart, was a musician too. He was both a composer and violin teacher who taught music at the Salzburg Cathedral, which was probably why he wanted Mozart and his sister Maria Anna to develop the same interest in music. At a very young age, brother and sister were taking clavier lessons and showed immense musical talent. It took only a few minutes for Mozart to learn a song on the clavier.

He started composing at the age of five

The training that Mozart had from a very early age developed his skill in playing the clavier. He already began to compose little musical pieces at five. Mozart’s father was also his teacher in languages and academics. He wrote his first symphony at the age of eight. He also composed the “Misa Brevis in G” at the age of twelve. At fourteen, Mozart had written his very first opera, “Mitritate Re di Ponto.”

He proposed to Marie Antoinette as a child

Performing at the age of six, Mozart was able to meet Archduchess Marie Antoinette, who would be the future queen of France. It was said that he had accidentally slipped and it was Marie Antoinette who had helped him. Mozart, in appreciation, proposed marriage to the archdiocese who was two years older than him.

Mozart loved to spend. He was not the type who would be more conscientious about the money he had earned. His operas had been a source of significant earnings. In 1785, he had acquired quite a sizable amount, which he proceeded to splurge on a pianoforte and a billiard table. Apart from that, he sent his son, Reimund Leopold, to boarding school and had several servants in his employ. It was no wonder then that he eventually ended up in debt and was always faced with financial problems.

His death remains a mystery

No one can really pinpoint the cause of Mozart’s death. Some theories included the plague, kidney failure, and even murder by one of his biggest rivals. Most would agree, though, that the great composer had died of a sudden illness.

Wolfgang Amadeus Mozart has left a legacy of music to the world that is unparalleled. It lives on through the generations, and he shall forever be remembered by all whose lives his music touches.