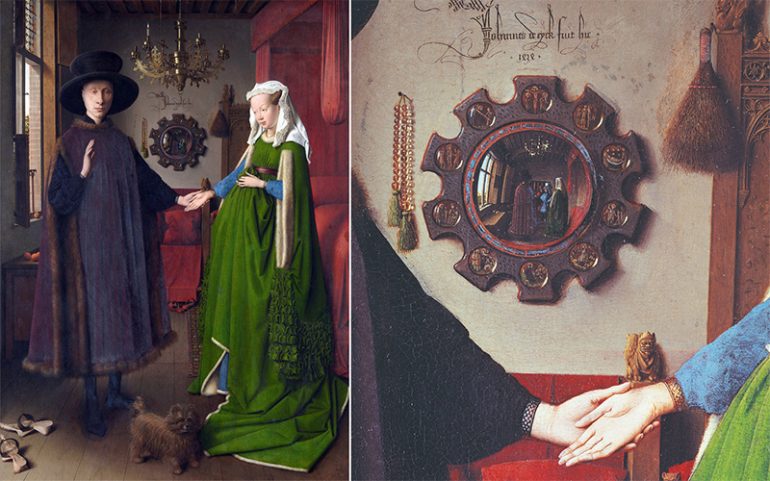 Ever wonder what is the story behind each and every famous art master pieces you see around? If you are like us, sit back, and relax. We have you covered. We will reveal the insider facts about world famous artworks below.

Many claim that this is Leonardo da Vinci’s self-portrait in drag. But, research reveals that this is in fact a portrait of the woman known as ‘Lisa Gherardini.’ She is a member of a highly revered Florentine family and is the other half of a rich silk merchant. The painting is commissioned by the father of Gherardini.

This is another famous work of Leonardo da Vinci. The original artwork can be viewed at the Convent of Sta. Maria Delle Grazie, Milan, Italy. The painting originally had Jesus’ feet added. However, a construction was done in the doorway of the refectory sometime in 1652 where the builders unfortunately cut through the bottom part of the mural which in turn chopped off the feet of Jesus.

This piece of slab made of marble was a conglomeration of various works. It was cut some four decades earlier by an artist known as Di Duccio, who intended to create a statue of Hercules. He later on abandoned the sculpture, it was unused for another decade and then another sculptor Rossellini worked on it. Like his predecessor he also abandoned it as he found marble very hard to work with, so Michelangelo started the work and finished it in 1501.

Vincent Van Gogh created this masterpiece while he is an asylum patient at a psychiatric hospital at Saint Paul de Mausole in Saint Remy. Currently, there is a wing in the hospital which is named after the gifted painter.

The Creation of Adam

Michelangelo crafted this brilliant fresco ceiling artwork at the Sistine Chapel that portrays how God gave life to the first ever man – Adam. He created some scaffolds to tap into the walls of the chapel so he and his assistants can be near the ceiling to work and paint them.

Edvard Munch’s Scream is technically created in 5 various versions. The very first two versions are found at the National Gallery of Oslo which is made from tempera and crayons created on a cardboard. A third version which is owned privately is said to have been sold for a whopping $120 million at a painting auction. There is likewise a version that was made of black and white lithographs. The last and final version was made in 1910 and was placed at the Munch Museum. It was stolen in 2004 and later recovered sometime in the year 2006.

Les Demoiselles d’Avignon is a famous painting by Pablo Picasso which depicts the prostitutes from Barcelona, Spain. Picasso would draft some 100 sketches before finally setting his artwork down on canvas.

These information have been kept hidden from the public, but with the new developments, they are now made available to the public. As an avid art aficionado, you have all the right to know!