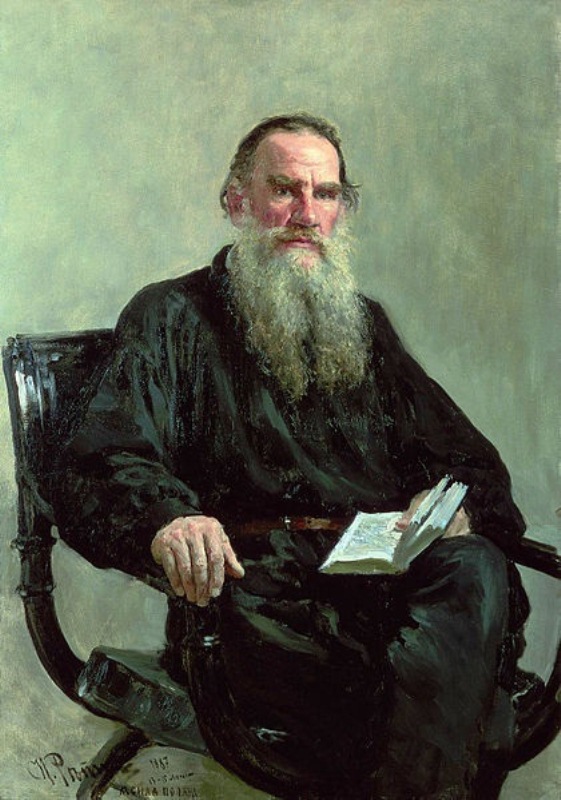 Russian realist painter Ilya Yefimovich Repin, born on August 5, 1844 developed a high reputation that was on the same level a famed Russian author Leo Tolstoy. Ilya Repin played a major part in having Russian art recognized in the prevailing European culture during the 19th century.

Repin was born in the Kharkov Governorate, which is now known as Ukraine. His family was in the military. His early education was from a local school where his mother was a teacher. Later he entered a military school. At age 12 he was already receiving art lessons from a local painter, Ivan Bunakov. From 1859 to 1863, Repin was creating wall paintings and icons that were commissioned by the Society for the Encouragement of Artists and in 1864, he enrolled at the Imperial Academy of Arts where he met fellow artist, Ivan Kramskoi and art critic Vladimir Stasov. He received a gold medal for his work, “Job and His Friends” in 1869 and did a portrait of who will become his future wife, Vera Shevtsova.

He had some of his paintings exhibited at the Paris Salons in 1874 until 1876 and he also participated in the exhibitions mounted by St. Petersburg Itinerants Society. At age 32, he was already named an academician.

In 1870 Repin went to the Volga River to make studies of the barge haulers in the area and to do some landscape sketching. This was in preparation for one of his major works, “Barge Haulers on the Volga” that Grand Duke Vladimir Alexandrovich commissioned. He finished the work in 1873. In 1871 his painting called “The Raising of Jairus’ Daughter was awarded a gold medal. After finishing his painting commission, Repin traveled with his family to France and Italy in 1873.

From 1874 to 1876, he was a contributor to the Paris Salons and as well as the Itinerants Society that was formed in Saint Petersburg. He became acquainted with the French Impressionists and the debate going on over art’s new direction at that time. Repin did admire some of the techniques employed by the impressionists such as their depiction of color and light. However, he thought that their works were lacking in social or moral purpose, which were key to Repin’s work.

Repin’s painting called “Sadko in the Underwater Kingdom” was so impressive that he was named an academician in 1876. In 1877, he relocated to Moscow and produced different works of art, including portraits of Ivan Shishkin and Arkhip Kuindzhi, a Russian landscape artist. He became friends with painter Vasily Surikov and Russia’s premiere author, Leo Tolstoy in 1878 and by 1880 was already a frequent visitor at Abramtsevo, where he met several prominent Russian painters such as Valentin Serov, Mikhail Vrubel and Vasily Polenov. 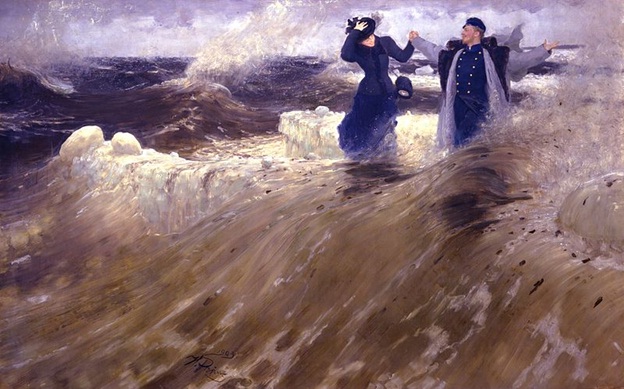 For his other major work called “Reply of the Zaporozhian Cossacks,” (1891) Repin went to Zaporozhyne, Ukraine to gather materials in 1880. He also created the “Religious Procession in Kursk Province” that he exhibited in 1883 and painted another major work in 1885, “Ivan the Terrible and His Son Ivan.” During this period, Repin had several achievements. He published a collection of essays called Letters on Art in 1892. In 1894 Repin was teaching at the Higher Art School that was part of the Academy of Arts. He was able to purchase an estate in 1898 in Kuokkala, a ward in Finland. It was renamed Repino after Ilya Repin in 1948. He designed the house himself, which he called Penates. It has been turned into a museum in 1940 and is also a UNESCO World Heritage Site.

Ilya Repin was awarded in 1901 with the Legion of Honor. His painting called “17 October 1905” and several portraits he had done were specially shown in a separate room in 1911 at the World Exhibition in Italy. A friend, Korney Chukovsky, who also lived in Kuokkala, assisted him in his book, “Far and Near” in 1916.

His exceptional talent in capturing peasant life became the subject of much discussion among his contemporaries and his contemporary artist, Kramskoi commented that Repin was the only one who could paint them as naturally as possible. That was the same sentiment that was echoed by Leo Tolstoy, adding that Repin has the ability to depict human life with such vividness and power.

As opposed to the impressionist style of working quickly and using pure colors to capture the fleeting moments, Repin, as a realist painter, worked carefully and slowly. He would always do a detailed and close study of his subjects, often creating more than a hundred sketches before he could begin painting. He had been known to make several versions of his works years after he had painted them when he was not satisfied with the result. While he had developed his own unique style when it came to portraiture, somehow they also bore the influence of Diego Velázquez and Edouard Manet.