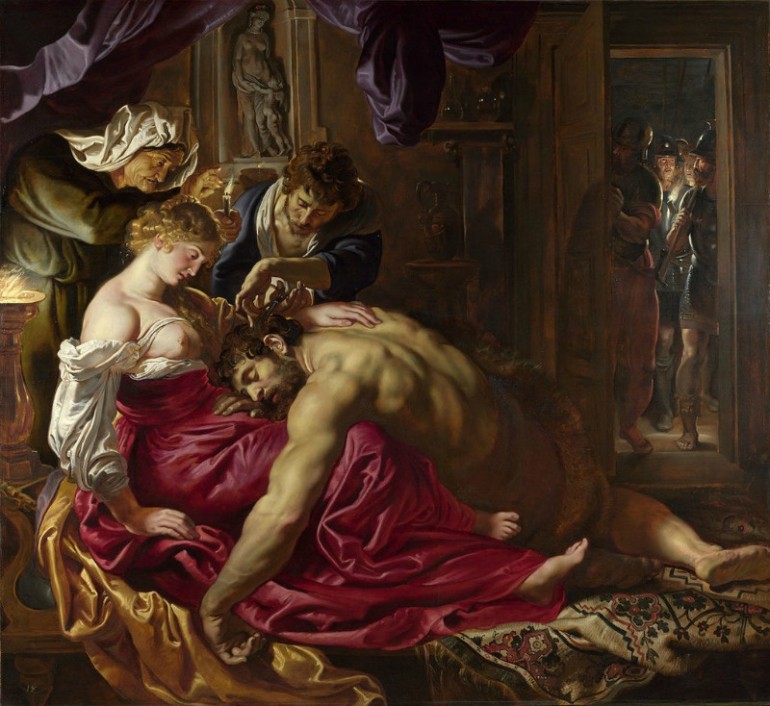 Giovanni Pietro Bellori, a 17th century critic, described Peter Paul Rubens’s painting during the Medici cycle, as “inspired by a breath of fresh air, with his figures seemingly executed in one stroke.” Sensuality, color and movement characterized his paintings.

Peter Paul Rubens, a Flemish painter who was born on 1577, was Northern Europe’s most important painter during his time and one among the great Old Masters of the Baroque Style. Rubens was noted for his paintings that focused on the Christian faith. He wore many hats – he was a polyglot, a successful diplomat, an art collector and a classical scholar. Many of his history paintings dealt with allegorical and mythological messages, and he created numerous landscapes (later in life), portraits, ceiling paintings and altarpieces. Some of the most notable of his paintings include Four Studies of the Head of a Negro, The Judgment of Paris, The Massacre of the Innocents, Venus Before the Mirror and Samson and Delilah.

He studied classical literature and Latin until he was 14 years old and began his training as an artist afterwards, apprenticing for several years in the studios of Otto van Veen, Adam van Noort and Tobias Verhaeght. He was 22 years old when he was admitted to the Guild of St. Luke, a requirement so that he could sell his paintings and take on apprentices.

He was a favorite court painter in Europe, and created several masterpieces for the Queen of France, Marie de’ Medici. That period for Rubens was called the Marie de’ Medici cycle. He was also busy as a diplomat, and was instrumental in negotiating the peace treaty between the United Provinces and the Spanish Netherlands between the years 1627 and 1630. His success led to his twin knighthood, conferred by the King of England, Charles I as well as the King of Spain, Philip IV.

For eight years since he first arrived in Italy in 1600, his life as well as his career was greatly influenced by the country and early masters, such as Leonardo da Vinci, Raphael and Michelangelo. Likewise, he studied the works of Caravaggio, Tintoretto, Veronese and his favorite, Titian. Most of Rubens’s paintings were very lively and sensuous. He had mastery of the human body and his vivid coloring were some of the reasons why many were attracted to his paintings. 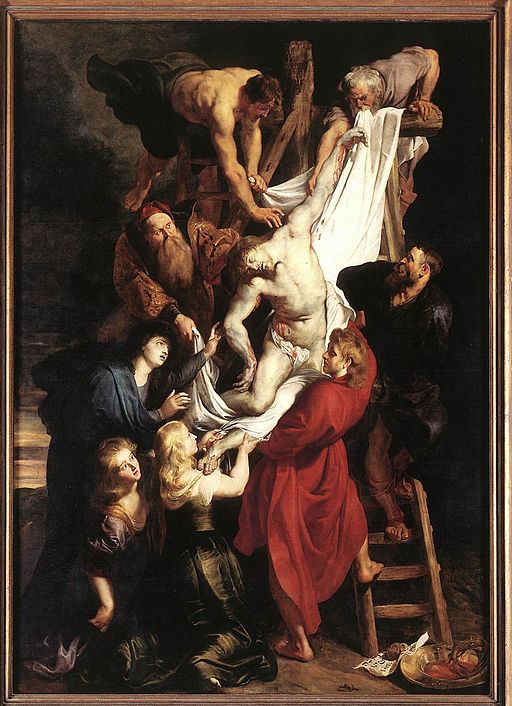 Assistants and pupils such as Snyders, Jordaens and van Dyck were often used by Rubens to finish a painting. His work could be separated into three groups: those he supervised, those he helped paint and those that he himself painted. However, it is important to Rubens to have drawing studies, particularly when assigning paintings to his pupils and assistants. He normally created a quick sketch in pen and ink, to be later executed in an oil sketch with all the details for submission to client. Later he would create separate drawings of the human figures. Although the paintings may be created by his students and assistants, his will was imposed on his assistants. He developed a technique that was completely different from the Venetians. The Venetians normally laid out the design in solid colors and transparent glazes were used to finish the painting. Rubens on the other hand laid the picture in transparent color and while still damp, would be accented by solid colors. This technique allowed Rubens and his artists to finish work much faster. It also proved to be a durable technique because his canvases still retained their original condition whereas others darkened with age, some of which were detrimental to the artwork.

Peter Paul Rubens’s style was exuberant and powerful, which became the significant characteristic of Northern Europe’s Baroque art. The dynamic compositions were populated by corpulent, fleshy and realistic figures.

His altarpieces established Rubens as the leading Flemish painter after his return from Italy. He created the Raising of the Cross in 1610 and the Descent from the Cross from 1611 up to 1614 for the Cathedral of our Lady. The Descent from the Cross, although still not fine or rich in colour was dramatically appropriate and quite harmonious compared to the Raising of the Cross. Light, dark, mass and line made up the design, with every element concordant, expressive, and reserved yet powerful. It was not only a painting, it was a sculptural group in color. All of the elements reinforced by parallelism or contrast the dominant diagonal curve of the suspended body of Christ. Every character in the painting was involved in the action – the athletes above were carefully steadying the body; St. John was arching his strong back to support the weight; the old Joseph of Arimathea trying to help and the pierced feet of Christ carefully held by Magdalene.

As a constructor of figures, Rubens had no equal, He supremely and faultlessly rendered weight, balance and poise with ease. His paintings were expressive because of his sympathy and knowledge of the subject, and technically dependent on the delicate and equitable distribution of the darks and the lights that were skilfully mixed colors, which made the paintings emotional and dramatic.