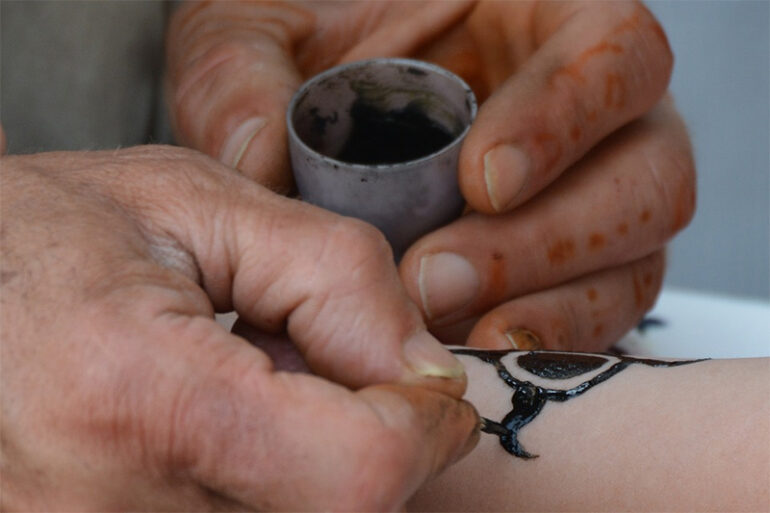 There is a particular section of the population that gets satisfaction with different body modifications. They are the people who love getting their bodies tattooed or pierced or, in some cases, modified to suit their lifestyle. That’s all well and good as they have control over what goes on about their bodies. Of course, some people may not like it, but if they think it will enhance their physique and make them look great, who are we to judge, right?

However, in ancient times especially in the Philippines, tattooing your body had a special significance. Each tribe had certain techniques, imageries and symbols that they used to adorn the body of their tribal warriors. The more pintado you were, the more battle-scarred, the more battle-tested you were. You were considered a hero if you’ve had your body adorned with symbols from the local mambabatok. The more tattoos you have, the more courageous, the more status you have in the tribe. Meanwhile, women can also get their bodies tattooed to enhance their fertility, beauty and as a means of natural clothing.

The diversity of Philippine tribes allowed for different practices to flourish, and up to the early part of the 20th century, tribal tattooing continued to prosper. The art of pambabatok is one such practice. It’s found centrally in the Cordilleras and is practiced by the Butbut tribe, whose foremost practitioner, Apo Whang Od, has gained acclaim from all over the world.

The practice of pambabatok sounds simplistically enough as it uses indigenous materials to ink someone’s skin. The ink is made from mixing charcoal soot and water inside a coconut shell bowl. The needle is a thorn taken from the local lemon plant known as “sait”. It’s attached to a short stick called “gisi”, and the design gets placed into the skin by tapping it with a “pat-ik”. What’s interesting is that the design gets drawn to the skin using a blade of grass, and it is after the pattern is drawn that the actual pambabatok process begins.

Apo Whang Od herself is a walking model of her tribe’s art. She is covered in various tattoos, ranging from Baybayin symbols to tribal patterns of bravery and courage. Up to now, even in this time of pandemic, she and the villagers in their little barangay in Kalinga tattoo visitors from all over the Philippines and even visitors from other countries. People who’ve met her attest to her skill and are in awe of her presence. She is still the most revered in the village, but she has trained her niece and other people in the village in the art, and it is her wish, as evidenced in various interviews and documentaries, that they continue the art of pambabatok even after she’s passed.

While those who want to get themselves tattooed might choose the more modern, ergo, the less painful way of getting themselves inked, those who take the journey to Kalinga, to Whang Od’s village swear that it is akin to a religious experience. Taking the trek up to her village, meeting the grand dame herself, paying respects and getting tattooed by her hand is going to be an experience you can cherish for life.

1st and second image by https://pixabay.com/photos/henna-tattoo-hands-drawing-hand-814229/