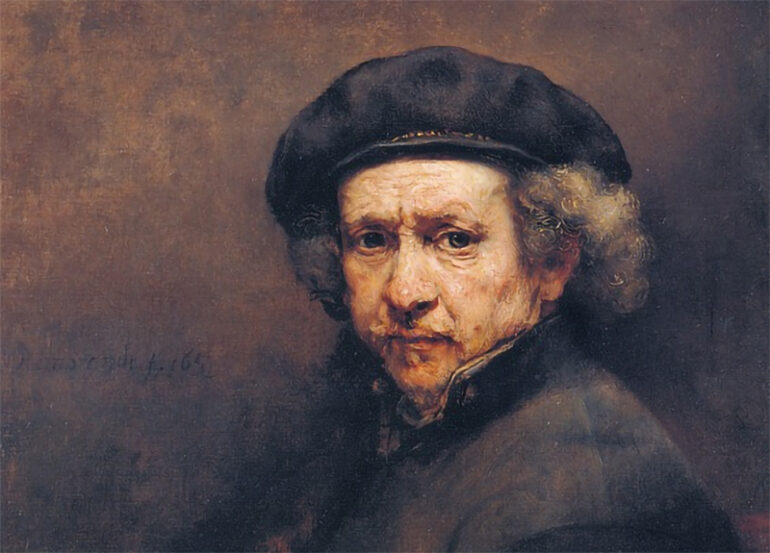 A famous Dutch painter, printmaker, and draughtsman, Rembrandt Van Rijn – more commonly referred to as Rembrandt – is widely recognized not only as one of the most prolific visual artists of his time but also an exceptional storyteller due to his historical pieces remarkable talent in rendering individuals in their dramatic moods and various guises. Some would even put him in the same league as Van Gogh. Known for his famous paintings like the Night Watch and the Return of the Prodigal Son, his style favored an inflexible and uncompromising realism to his oeuvre, leading some to believe that he was inclined to ugliness more so than beauty. In this article, we will discuss some interesting facts surrounding the artist that you may not know. Keep reading to find out more.

1. He used his own Latin monogram to sign his early pieces

Early during his career as an artist, Rembrandt used to sign his pieces with RHL, the Latin monogram of his name, Rembrandts Hermanni Leydensis. It referred to his place of birth, Leiden, and may have stemmed from his time as a student in Holland’s Latin school where he had studied mythology, religion, and conversed with his peers in the language. He began to use RHL van Rijn shortly after before switching to Rembrandt, turning it into his most popular moniker, Rembrandt

2. He married the cousin of Hendrik van Uylenburgh

Hendrik van Uylenburgh, the art dealer of Rembrandt, was primarily responsible for aiding the artist in securing sizable commissions from his wealthy patrons. He lived in the art dealer’s Amsterdam house as he painted the portraits of the people who Hendrik had brought him. Rembrandt married his cousin, Saskia van Uylenburgh. With his increasing salary and his wife’s family fortune, the couple moved to an affluent and trendy Amsterdam neighborhood after they were wed.

3. He dealt with many losses in his life

The artist had dealt with a lot of loss in his lifetime. Not only did his wife die months after his fourth child, Titus, was born – who happened to be the only one to live through his infancy but later passed in his mid-twenties. But his lover and housekeeper, Hendrickje Stoffels, had also died in 1663. Rembrandt passed away in 1668, the year after his son, Titus, had died, and was buried in a grave that was unmarked.

4. He achieved a lot of wealth but lost everything

While Rembrandt’s wife was wealthy, he himself was able to accrue a lot of wealth thanks in no small part to his artwork. However, due to his overspending, he eventually lost most of his riches and couldn’t even afford to take care of the mortgage. After declaring insolvency in 1956, he moved the entire family to a much smaller home, auctioning off his art collection in the process.

No one can deny that Rembrandt was a colossus of visual art. He possessed a unique style that continues to inspire many aspiring artists to this day. With his impeccable pieces and peerless talent, he remains to be one of the greatest artists who have ever lived.

1st and featured image from https://pixabay.com/photos/rembrandt-harmenszoon-van-rijn-67621/