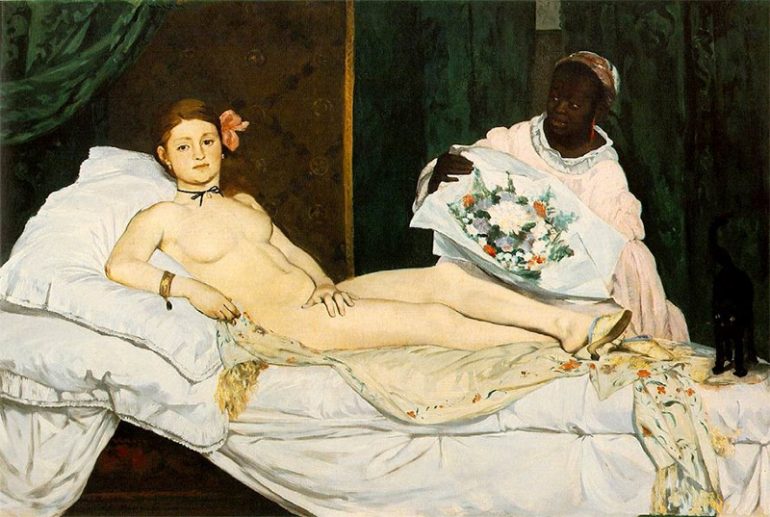 The history of art is surrounded by paintings, drawings and sculptures that became headlines due to the controversy that they bring. These works have provoked many critics, became the topic of debates and even brought anger to the public.

Here are 7 major artworks that shocked the public and shaped the meaning of artist’s intention.

This painting by Eduard Manet was 1st exhibited in the Salon of 1865 and it quickly stirred the public. The painting shows a prostitute seeming to come straight out of the harem and seemed like to be waiting for his next client. The model, Victorine Meurent, gaze at the viewer seductively.

The very same year, another painting from Eduard Manet, Le dejeuner sur l’herbe, was declined by the Salon’s jury and instantly built controversy. This painting shows another naked woman looking at the audience with 2 fully dressed men.

The Origin of the World (1866) by Gustave Courbet 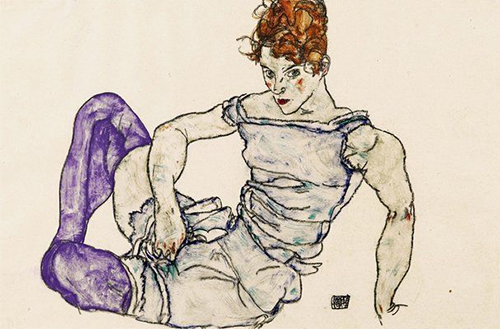 This monumental work by Niki de Saint Phalle was used for Stockholm’s Moderna Museet in 1966. It was a 28-meter-long woman lying in her back with her thighs wide open and inviting every visitor to enter her vagina.

In her early years as an artist, Niki de Saint Phalle was guided by her reflections of the role of women in the society and most of her works are life-size manifestation of her creative imagination.

This photograph is part of the “X Portfolio”. The photo shows the lover of the artist, Milton Moore, wearing a 3 piece suit while his penis is exposed. This work strengthens he provocative reputation of the artist. The photo was sold for half a million dollar in 2015.

The Nona Ora (1999) by Maurizio Cattelan

This sculpture is a hyperalistic representation of Pope John Paul II flattened by a meteorite. He is shown to be suffering while accepting his fate.

This work refers to the 9th hour where the Gospel of St Mark uttered “Father, Father, why did you abandon me?” This depicts the humanism of John Paul II bore the sin of the world.

Tree is an inflatable sculpture which was believed to be a giant sex toy. It was installed at Place Vendome in Paris. Despite being deflated, Paul McCarthy announced that it was re-inflated.

Featured and 1st image from http://www.manet.org/olympia.jsp