Art masterpieces from long ago fade, crack and accumulate grime, making the colors dull and in some parts, chip. Improper handling through the years can do damage as well. The more important the painting is, the more times it had gone through some form of restoration process.

In previous years, art restoration, particularly when working on fresco, used watercolor paints to inpaint damages. This is the process used by professional art restorers when “The Last Supper” of Leonardo da Vinci was restored. This is a slow process and for The Last Supper, it took the art restorers 20 years to finish the task. The most popular of the inpainting techniques is the use of Tinted Varnish Treatment, which is done after the item had been thoroughly cleaned and varnished. Afterwards, the art restorer go over each part where the original paint is missing or where other irregularities are revealed, applying a spot of tinted varnish. The method usually employed is stippling, which applies minute spots of tinted varnish over a spot, giving the illusion that it had been repainted, with the tiny spots allowing light to reflect in the same way as the paint.

During the 1800s and the 1900s, art conservation was already commonplace. Even the works of the prominent Old Masters have been repainted many times in order to satisfy the taste of the current period. “The View of Delft” by Johannes Vermeer was modified for close to 50 times.

But the techniques used before were often harsh and destructive to the delicate paintings of old. Some even caused irreversible damage. Old techniques includes covering the entire canvas with wood ash before wiping it off using water. Twenty years ago, most conservators used solvents to clean paintings, which are now considered toxic. 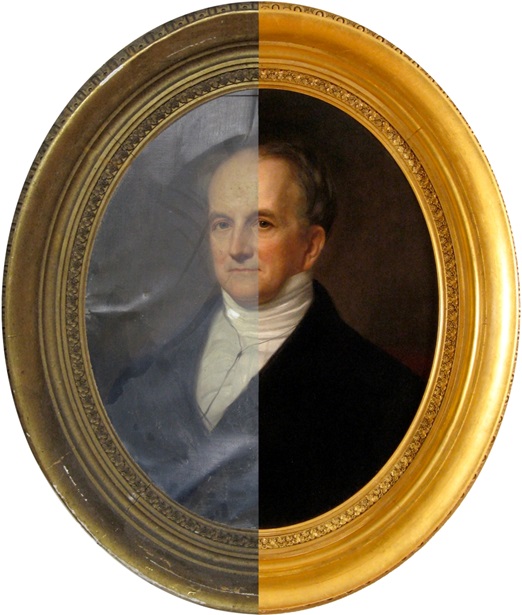 Innovations in science and technology now help most professional art restorers and art conservators, with organic chemistry one of the subjects they have to learn in school. According to the chief conservator at the Yale University Art Gallery, Ian McClure, a chemistry or physics graduate with a great deal of interest in art has the capacity to be an art restorer, since they are able to see the research and practical sides of things. They will be able to have a more fundamental grasp of the huge number of scientific techniques needed for conserving art works.

Many of today’s museums and galleries, including the Getty Gallery, the Museum of Modern Art, the Harvard Museum and the Metropolitan Museum of Art have scientists working full time for them, all trying to develop better scientific conservation techniques.

The goal today is to establish in the best non-invasive method the remaining original parts of the art work and understand how the piece had been treated in the past. One of the modern equipment used for initial analysis is x-ray, which allows the conservator to form an outline of the work. It is followed by infrared imaging to view the original drawings and see where the paints are lost. Other equipment used today include cameras with fixed wavelengths that could pinpoint carbon-based drawings. Initial analysis could also involve the removal of very small portions of paint to find out the various pigments and varnish layers used.

Such was the case when the “Triumph of David” by Pietro da Cortona, which was donated in 1950 to Villanova University’s Faley Library, was initially analyzed for restoration.

The first thing the university did was to bring in a team from the University of Delaware Art Conservation Department, where Kristin deGhetaldi, the lead conservator took some minute paint samples and sent them to Dr. Anthony Lagalante, who is a chemistry and science professor at Villanova University.

Applying advanced analytical techniques, his team was able to identify the exact pigments used in the painting’s many layers, including their chemical compositions, which will help them decide what type of cleaning solvent to use later. During the analysis, they were also able to determine that beneath the layers of paints and varnishes that amateur restorers used, the original painting was a definite treasure.

Featured and 1st image by By Michaelangelo [Public domain], <a href=”http://commons.wikimedia.org/wiki/File%3AGardenbeforeandafter.jpg”>via Wikimedia Commons</a>