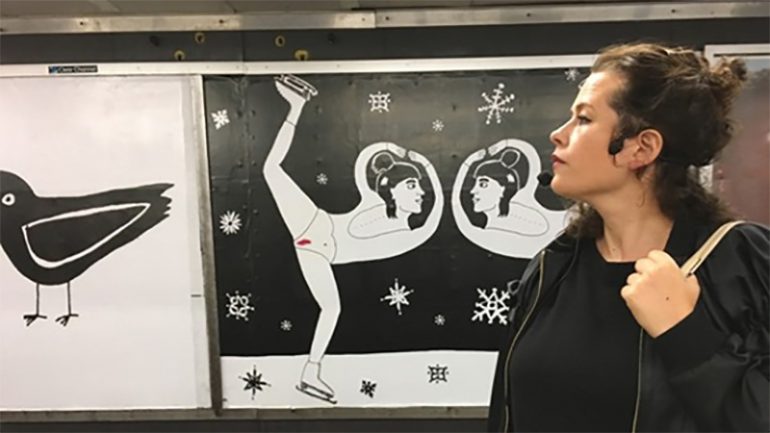 So it finally happened. After years of tolerating bad art while despising or censoring good ones, there’s finally a small outrage over the subject of menstruation art, particularly in an incident where they’re all displayed in a public area. This happened in Stockholm, specifically in the Stockholm metro, which sports the longest art gallery in the world.

It happened after the works of Liv Strömquist went on display at the Slussen station and has been there for more than a month. Strömquist is a Swiss comic artist who took up the profession when she was 23 years old. Her works that went on display are felt-pen sketches of animals and people. But the one attribute that stands out is that her portrayal of women with what is obviously menstrual blood between their legs. She’s also a feminist, which isn’t really surprising, and most of her works are like this. She also wrote about how the public sees menstruation and vulva as something taboo.

And since to all feminists, the breaking of conservative taboos is considered to be brave and progressive, not to mention that they also considered as an art, it’s natural for her to draw up menstruation art and post them in public places for everyone to see. The works that were on display, called The Night Garden, has since caused a bit of controversy among those using the trains, making them question the purpose of public art or if it was the right time and place to display such works. Sparking outrage and disapproval has always been expected of any art that breaks the taboo and that this is all happening according to Strömquist’s intentions. In short, it’s “mission accomplished.”

It worked so well that it has spilled from the stations and into social media and Swedish local news. One person called it disgusting, someone also complained about how she’s going to explain it to her child. Others would complain about how inappropriate the place was for such works. One tweet even negatively compares it to Moscow’s train stations.

According to The Guardian’s report Martina Viklund, who is the spokesperson for the company that owns Stockholm transport, has confirmed that the company did receive complaints from their train riders, but they have no plans to remove said works from display in the station. 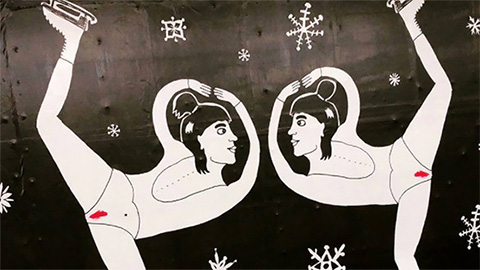 “We do not wish for the work to be offensive in any way,” she said. “But with that being said, we do not have a certain policy regarding different expressions of the naked human body.” Martina also said that the company is standing by their decision to put Liv Strömquist’s works on display. She also added that this is a way “to celebrate the human body in all of its shapes and forms.”

As for Strömquist, who once spoke about her own past where she’s ashamed of her periods when she was a kid, she has refused to discuss her art with those who would criticize her work.

“This discussion always comes when I exhibit my art because it’s a taboo in society and evokes strong emotions,” she said. “I’ve not commented on the discussion, and it’s not my place to give judgments to my own art… I’m very excited that some people have enjoyed it.” What is Strömquist’s notion of what “enjoyed” is, however, was never mentioned. But considering how many people actually complained, from the country that tolerates even the most violent immigrants, the death of children from terrorist attacks, and the growing emergence of grenade attacks that was once non-existent, guessing what she meant is probably easy.