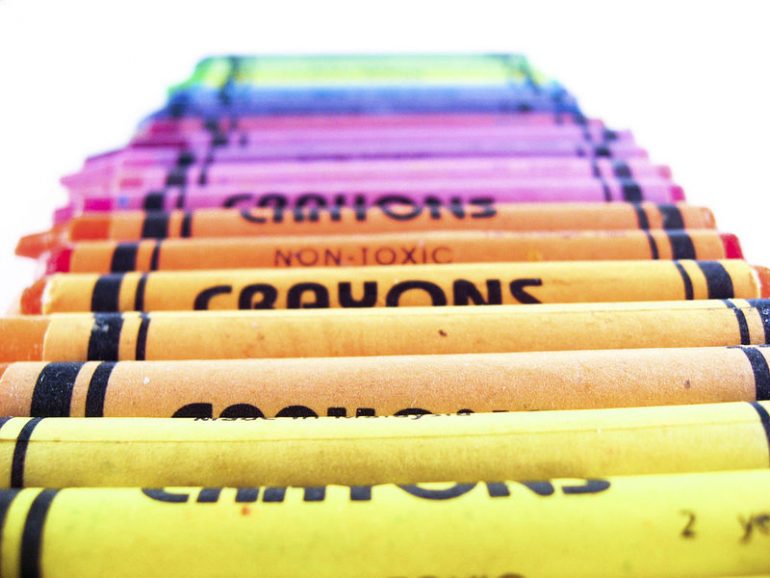 When Crayola first launched in 1903 it only had eight colors: Red, Orange, Yellow, Green, Blue, Purple, Brown, and Black. It was Edwin Binney and C. Harold Smith who first invented the crayons made for kids in 1903. Crayola crayons were invented when Binney and Smith started listening to the request of educators for better school materials after their first success with the dustless chalk.

Crayons existed way before Crayola but they were expensive and toxic. The E.Steiger & Co. created wax crayons aimed for kids. Offering crayon colors up to 18 colors, they’re one the very first in the industry. Franklin Mfg Co. is another company who produced and sold crayons, offering them as early as 1883 and were active until they closed down in 1927.

It would be a mistake to make kids use them, so when the teachers asked for better wax sticks for their students, they came up with a product that was just as innovative and revolutionary as their dustless chalk. Cheap and non-toxic, it has revolutionized art supplies both inside the classrooms and in homes. It was Binney’s wife, Alice, who gave the new crayons their eternal name, Crayola. The name came from two words: Craie, meaning chalk; and Ola, meaning oily. 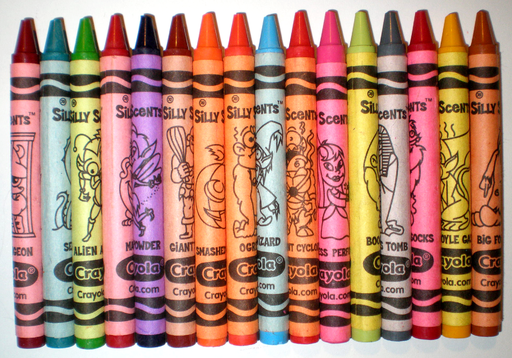 Since then the business expanded. From chalk and crayons, Binney and Smith went on to create specialty crayons, and water colors. In 1958, the first box of the classic Crayola collection was rolled out of the factories: 64 color in a box and a built-in sharpener. Crayola became the leading brand in crayons. The company was eventually bought by Hallmark-cards in 1984. In 2007 they changed their name from Binney and Smith to Crayola, LLC. and continues to produce school and art supplies to this day.

Another big name was the Eberhard Faber Pencil company. Originally named the A.W. Faber Company, they started making crayons in 1883 and were sold in 6, 12, 18, 24 and 36 packages of assorted colors. The company changed its name eventually into Faber-Castell in 1900 after a marriage brought the Faber family together with the Castell’s. It continues to this day as one of the largest and oldest manufacturers of office and art supplies, still led by the Faber-Castell House.

Today’s aspiring artists owe a lot to these innovators, for without them and their invention there wouldn’t have been such a cheap and amazingly colorful tool for kids to draw their dreams with and learn to love art.