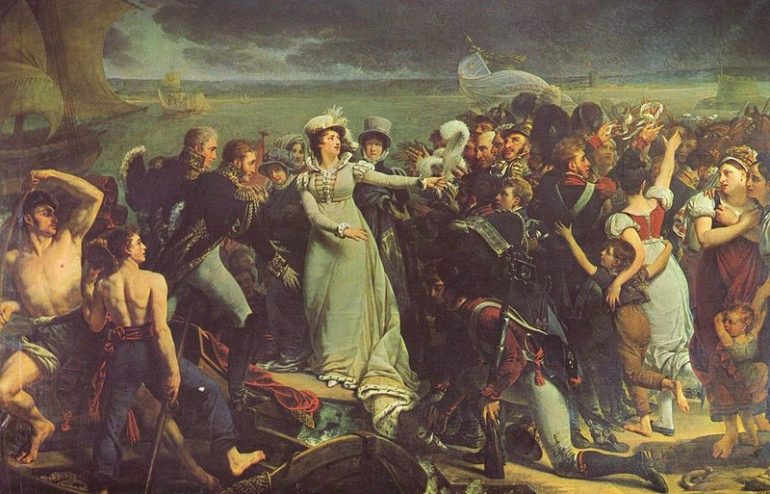 One of the last Old Masters, Antoine-Jean Gros was a pioneer in the French Romanticism art movement. Born in 1771, he was taught first by his dad, who was a miniaturist, then took apprenticeship from Jaques-Louis David, who was a Neoclassical painter, at the age of 15. In 1787 he also studied at the French Royal Academy.

He left for Italy from Paris, Franc in 1793 due to politics. There he studied other Old Masters. He met the famous Napoleon Bonaparte, whom he idolize, in 1796 when he traveled to Milan after meeting with Napoleon’s wife, Empress Josephine de Beauharnais, in Genoa. From there he accompanied the French leader in his Italian campaign, finally visiting Rome in 1797, before returning to Paris in 1800, working as part of a commission that’s responsible for choosing and sending art pieces back to France. There, back in France, he was commissioned to record the French leader’s military achievements.

During his studies when he was a child, Gros was taught in the Neoclassical school of art, but he didn’t became interested with the style and, instead, found the works of Rubens and those of the Venetian masters to be more his liking. His work, Antiochus et Eleazar, which was his entry to the Prix de Rome in 1792, has a Baroque style to it, which is unusual for works of that period. While in Florence he was able to acquire a diverse interest, according to the last remaining albums of his sketches. There were sketches with classical styles, works that are after Italian Renaissance artists, among others.

The style he has differs from those of his younger contemporaries like Theodore Gericault and Eugene Delacroix. He certainly a Romanticist, because his works definitely exhibit the energy and the realism, but that’s just about it. It was said that he only does commissions and never really worked on perfecting his craft, and he doesn’t depend on motivation or inspiration. The realism of his works, especially the ones about the Napoleonic Wars were said to be masterpieces of French painting, but doesn’t really compare to other realist, like Goya. Still his works were enough to influence the younger contemporaries mentioned earlier. 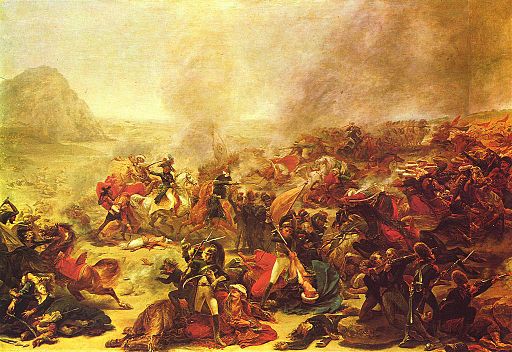 Jaques-Louis David was forced into exile after Napoleon fell and the restoration of the Bourbons began. Here, Gros took over as the head of his studio and tried to return to a Neoclassic style as the “heir of Neoclassicism.” He tried to inherit and create a style that’s much closer to the style of his master than what he used to have. But the taste of the public has for art is usually swayed by outside forces and the with the Bourbon restoration, that taste has nodded towards more religious and historical, rather than the contemporary themes. He continued to accept and do large compositions, such as the Egyptian room in Lourve, but they didn’t have the Romantic attribute that existed in his earlier works. His portraits were different, however and showed something close to the brilliance he once had before, observable in his piece, Young Girl in a Necklace. He was made a baron in 1824 by Charles X after he finished painting the cupola of the Pantheon and was also made a portrait painter of the king.

Surprisingly, that guy who isn’t reliant on inspiration actually takes criticism quite badly. Some sources claim that in his mind he sits at the high horse of art, but that illusion was shattered eventually. Criticized for not being like his master enough, which is more likely because he forced himself into a style that isn’t naturally his own, he soon found himself dissatisfied with his own works. Poor of health and severely unhappy, he killed himself on June 26, 1835 by drowning.

Criticized to death he might be, or at least that’s how he probably would think about it, he’s still an important artist to the Romanticism school and the most talented of all Jaques-Louis David’s students. His works inspired the younger artists after him and his works are considered masterpieces of French painting.