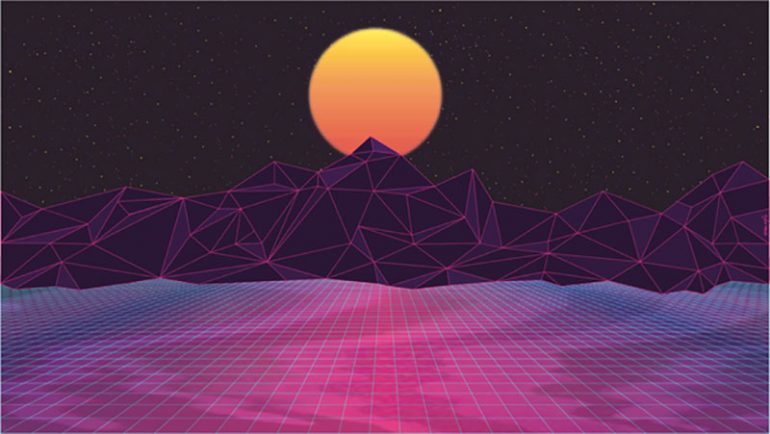 Ever seen those weird music videos in Youtube that sounds like weird elevator music? The ones that old people will probably recognize as music from the 80’s and were just converted to slow, hypnotic electronic music that are such awful earworms? The ones usually accompanied with weird videos or imagery of 80’s or 90’s ads (usually japanese), 90’s pixel art, 80’s or 90’s anime or something that’s totally pink with the occasional bust statues? If you do, you probably encountered the unique art movement of vaporwave.

Vaporwave is an art movement that sprang out of the internet in the 2010’s. The term vaporwave was coined by producer Will Burnett in 2011, when he called Vektroid’s album, New Dreams Ltd., vaporwave. A variation of the chillwave genre, this genre is inspired by 80’s and 90’s nostalgia while incorporating elements of electronic music and other genres. It takes other music and transform it into slow, hypnotic music, then upload it on Youtube with videos or images, usually low quality retro pixel art (and other computer and gaming elements) and heavily edited live action advertisements, though some use anime and still images with pastel colors, retro or futuristic look, and occasionally includes classical statues. The movement itself is seen and understood as a satire to capitalism and consumerism via the degradation of popular music, though some just wave that remark and say that vaporwave is all about repurposing the nostalgic music into something new and modern, while keeping that nostalgic feel.

As mentioned before, vaporwave music is made by taking old 80’s or 90’s music and resampling parts or all of it with other music to create a new piece of music. One might say using other people’s music to create your own sounds plagiarism. Well it isn’t, because you’re not really just copying other people’s music, you’re also editing it to the point where the experience of listening to the new music is wholly different to the experience people get when listening to the original. To give you an example: compare the most popular vaporwave, Machintosh Plus 420, to the original, Diana Ross’ It’s Your Move. Music is like food: the sum total can be entirely different from the components, and this is what vaporwave is. It is entirely different from just remixes (where the end result is still similar to the original) or even mashups (which just overlaps two songs). 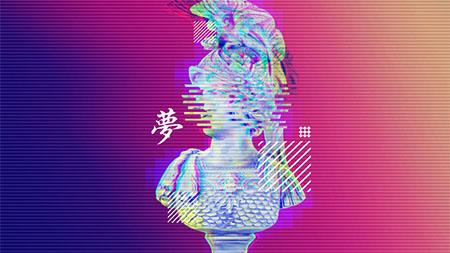 Vaporwave moved from the underground of music circles into mainstream in under 7 years, spawning other genres like Futurefunk, which is characterized by expansion and emphasis on the disco elements, Mallsoft, which puts emphasis on lounge music elements, and Hardvapour, which puts emphasis on darker and faster paced elements. Other offshoots include Simpsonwave, that uses scenes from the Simpsons, Fashwave, which uses fascist imagery and aggressive elements, and Trumpwave, which uses imageries of Trump featured throughout the years, and features a more upbeat and celebratory feel than the other vaporwave offshoots.

Just imagine: a music genre that had its roots to Marxist ideologies creating something that would help propel a capitalist into the White House! But then the thing with Vaporwave being a critique of capitalism never really showed in any other aspect of the genre. To people who are new to the genre, vaporwave is just a weird genre that sounds just as weird as any other thing that was born in the internet. But unlike most things born from the internet, that usually quickly die out, vaporwave went on long enough to see itself slowly going mainstream. The easy-to-understand concept, the earwormy aspect of the genre, and the fact that people are quick to accept anything from the internet help vaporwave to become mainstream, pushing the boundaries of music even further.