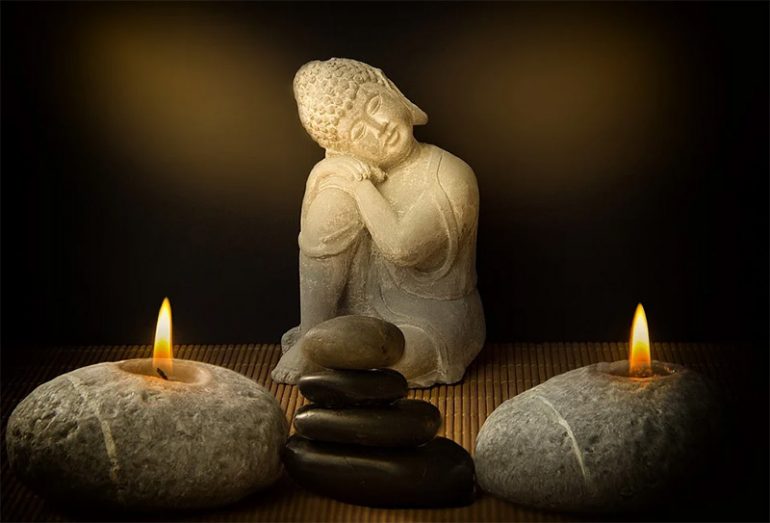 Buddha was a source of great wisdom, and the Buddhist artworks amazingly relate it to modern time.

Buddhist art is popular in Japan, China, India, and basically all throughout Asia, but initially, it was made to help “the Awakened One” or Buddha’s followers in their practice in religion. No matter what the art represents, it was specifically created to inspire and remind the devotees of Buddha about his teachings, whose primary lesson is about compassion and the journey to easing the suffering. Those who want to start their art collection can start with the Buddha art pieces.

Buddhism and The Art

Even if Buddhism has been around for so many centuries and it had reached a substantial geographic reach, the teachings remain the same. What define our destiny are our actions or karma. The Buddha introduced that samsara or the cycle of death and birth, is caused by the mental attachment of humans to earthly things, and a mind that is disciplined through meditation can give us freedom from this perpetual cycle of suffering.

One perfect depiction of the Buddha, showing an integral moment in his life is a ninth-century Indian stone sculpture called, “The Buddha triumphing over Mara.” The sculpture shows the Buddha seating in a meditation position at the exact moment of his enlightenment or awakening when he discovered the reasons why there were suffering in human life and realized that meditation is the way to free humans from these suffering.

Another top-notch depiction is the brass sculpture from the twelfth or thirteenth century called “Buddha Shakyamuni.” This rare sculpture holds a distinct value since it survived a historical purge. Aside from this gesture, many believed that the statue was Buddha, and it depicts his teachings, as well as his distinctive physical attributes. The sculpture shows Buddha with a fire on top of his head. Buddha’s skull is also said to have an ushnisha, which a cranial protuberance that means divine wisdom. Moreover, the Buddha has long earlobes, fingers of similar length, and flat soles on his feet. Based on the Tibetan culture, kings and rulers have body marks that distinguish their identity.

On the other hand, the Indian bronze sculpture from the seventh-century called “Buddha Offering Protection,” shows how several artists view the Buddha mixed with attributes that were considered as exclusive to the teachings of Buddhism. Some examples include the palm outward or raised right hand, which gives protection and security to his devotees. Thrones, fans, and umbrellas were also meant to change the loyalties of followers of different traditions to the Awakened One.

“The Buddha triumphing over Mara” offers an exceptional example of a piece of art that doesn’t merely provide a glimpse of the Buddha’s life; it also represents the teachings of the Awakened One. “Everything has a cause” was the writing printed on the Buddha’s head. At this time of enlightenment, the Buddha learned that everything in this world is connected; remember that samsara is caused by our very own minds.

It’s great how these ancient Buddhist artworks still offer teachings that are applicable until today.

1st and featured image from https://pixabay.com/photos/buddha-candles-stones-religion-3548554/