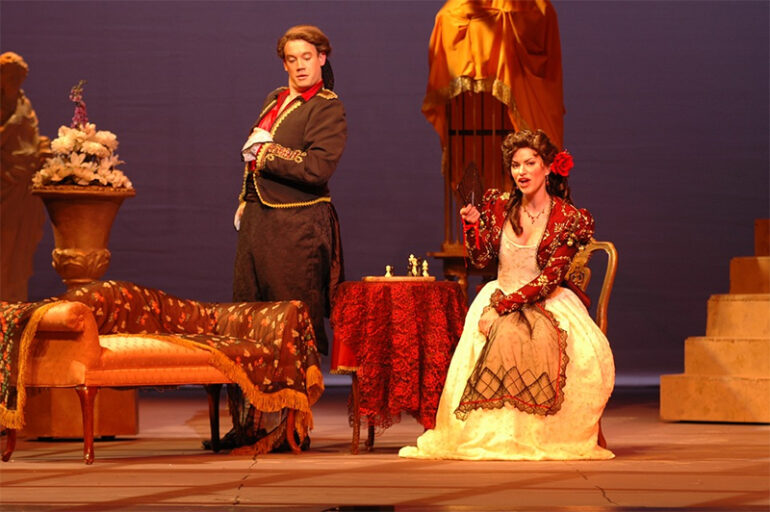 Like any art form, opera is an expression that reflects your personality, what type of relationships you have with others and essentially provides you with a feeling of being a part of this world. When you watch an opera, you are in for a unique experience. It is breathtaking and potent, an art form of the highest level. You are emotionally drawn into the entirety of the music, sets, costumes, and stage design. Opera captivates as you follow the story narrated through vocal renditions of arias that show sheer talent. The singers help you understand the various emotions they feel through their powerful voices.

There are many reasons to fall in love with the opera. Apart from the excellent music, the spectacular stage design, and the fantastic costumes, you can catch a glimpse of the conductor who brings the music together with the instrumentalists. You watch his gestures as he ensures that the orchestra and the vocalists are perfectly in sync with every note of the music.

Long before it was first written, opera was already developing and may have started by the Greeks. They had begun to combine music and poetry, incorporating them with dance to the accompaniment of musical instruments. Later on, the Christian church created the liturgical drama, where performers narrated religious stories through music. Jacopo Peri composed what is considered to be the first opera, Daphne, based on Greek mythology. Claudio Monteverdi was one of the greatest opera composers, and some of his great work is still performed on stage at present.

There are four essential elements of opera. These are the libretto, music, vocals, and staging.

If you have never been to an opera, you may want to make it a point to see one. It is an unforgettable experience that will make you want to watch more.

1st and featured image from https://pixabay.com/photos/barber-seville-opera-performance-895148/